Of Migration and Refugees: The Failure of Republican Deterrence Policy

Despite two years of the Trump administration’s get-tough-on-refugees policy, the latest statistics continue to show record numbers of migrants crossing the U.S. border, with “16,658 family members in September, the highest one-month total on record and an 80 percent increase from July.” This is just the latest in the periodic reports showing that Trump’s immigration policy has failed, which should prompt questions both about why it has failed, as well as why Trump continues to insist on such a patently immoral approach to policy. Since at least 2014, Republicans have pushed for draconian treatment of border-crossers on the theory that such treatment will deter people from entering the United States. However, deterennce ignores the reasons why people are fleeing their home countries, and thus predictably fails, suggesting that the G.O.P. has adopted the policy in order to appeal to a segment of the voting public whose fear and hate have been amplified by right-wing propaganda.

Shortly after taking office, Trump quickly began to make good on his campaign promises to get tough on immigration, reversing what he termed Democrats’ soft approach. These policies included the end of Obama’s Deferred Action for Childhood Arrivals program, the end of Temporary Protected Status for hundreds of thousands of people, and the implementation of harsh treatment of immigration detainees at the border, including family separation, prolonged detention of asylum-seekers, the use of prisons as “detention” facilities, and a concentration of resources to increase prosecute border-crossers (and significant evidence of over-enforcement). The goal of such policies is apparently rooted in a belief that such policies will deter migrants from attempting to enter the United States, notwithstanding the lack of evidence that such deterrence is effective. 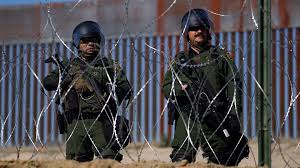 These policies should be seen as derivative of the rhetoric of Republican critics of President Obama’s initial response to the so-called “surge” of children crossing the border in 2014. In early June, Obama originally declared the situation a “humanitarian crisis” and directed officials to apprehend and provide care, including housing and medical treatment, and legal aid. However, with right-wing propaganda outlets such as The Daily Caller whipping up fear of the children at the border, Republican politicians seized on the opportunity to make the humanitarian crisis into a political one. Claiming the crisis was due a failure of the Obama administration, politicians such as House Judiciary Chair Robert Goodlatte suggested that the solution was simply an end to “Obama’s lax immigration enforcement policies” and rigorous enforcement of the immigration laws. And, by the end of June, the Obama administration, feeling the pressure from the right, shifted gears and adopted a policy of deterrence. This crackdown included increased enforcement and wide-spread use of detention centers, as well as an information campaign “to send a clear message to potential migrants so that they understand the significant dangers of this journey and what they will experience in the United States.” This created little political traction for Democrats, as Republicans insisted that it was too little, too late, and that draconian deterrence measures were necessary.

The reality is that migration to the United States from Central America is largely driven by push factors forcing people out of their home countries, not pull factors luring them to the United States, which explains the lack of evidence for the efficacy of deterrence. As a worker at a migrant shelter in Tucson, Arizona is reported as explaining, “Why would you undertake such a dangerous journey? When you’ve got a gun to your head, people threatening to rape your daughter, extort your business, force your son to work for the cartels. What would you do?” While Trump insists on depicting migrants from Central America as gang-members, or even soldiers “sent” by their home countries in a mythical war on American interests, it is probably best to think of human beings fleeing their nations because of violence as asylum-seekers.

The Refugee Act of 1980 defines refugees and asylum-seekers to be those who are persecuted, or have “a well-founded fear of persecution[,] on account of race, religion, nationality, membership in a particular social group, or political opinion.” The law also provides a right to any alien within the United States to seek asylum, requiring those seeking such status to cross the border. Trump appears to see asylum, one of the basic pillars of human rights law, as a loophole to be exploited by evildoers, and is seeking to close that “loophole,” if not through legislation, then through deterring those seeking safe-harbor. Trump’s Justice Department, has moved to exclude domestic violence and gang targeting as bases for establishing persecution based on membership in a particular social group, overturning Board of Immigration Appeals precedent. On a moral level, there seems little reason to distinguish between the persecution faced by political dissidents in totalitarian regimes, and that faced by victims of the reign of terror perpetrated by gangs in Central America. Certainly, the pervasive fear of violence under both regimes is what drives people to seek safety in other countries. It is this push-factor, the pervasive violence faced by many Central Americans in their home nations, that is driving migration to the United States, and no amount of deterrence, short of recreating the violence of their home nations at the American border, will change the minds of those who feel forced to flee for their lives. 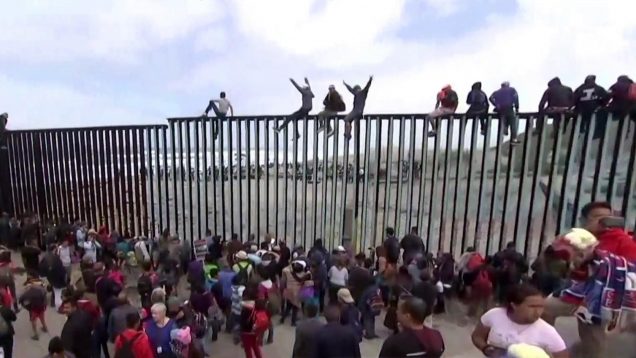 That said, as Trump is able to feed on fear and hate in order to build political power with his Republican base, it is unlikely that evidence-based policy arguments about the efficacy of deterrence policy will make much headway towards a reconsideration of said policy. Perhaps a congressional re-imagination made possible by the new Democratic House majority will lead to legislative changes prompting a humane response to what is at base a humanitarian crisis. The House leadership’s recent refusal to appropriate money for what many consider a boondoggle border wall suggests that Democrats are eager to pass sensible border policy rather than acquiesce to Trump’s grandstanding. Congressional mandates that the executive branch again consider domestic violence and gang intimidation as possible bases in the determination of asylum would be a start. Shifting resources from detention centers to asylum officers and immigration judges, thereby treating asylum-seekers as asylees and not felons would help as well. And, in the long-run, Congress should consider how best to address the push factors causing people to flee for their lives in the first place.

Dan Ordorica anticipates earning his Juris Doctor from Boston University School of Law in May 2019.