If the “Blue Wave” materializes next week, as so many predict, you Madame Leader, will become Speaker of the House once again.  Time marches on, and as many have already pointed out, you and the rest of the top Democratic House leaders are all closing in on 80 years old.  This situation was made even worse by the loss of Democratic Caucus Chair Rep. Joseph Crowley (D-NY); a relatively young 55 years old, to a primary challenge.   There is already a movement by younger members of the Democratic Caucus for a change in leadership, but you and the other leaders do not seem to be going anywhere.  It is time, however, for you—and the rest of Congress— to take a hard look at how the House is run.  I would argue that when Congress worked—during the second half of the 20th Century— younger potential leaders were groomed for the difficult office of Speaker.  It is time to return to that practice.

The House of Representatives was most effective during the so-called “Austin-Boston Connection” that dominated the House for 55 years; from 1940 until 1995.  During nearly all of this time—from the Depression until Bill Clinton’s “bridge to the 21st Century,” the Democrats held a majority in the House.  The House consistently passed needed legislation, effectively used its oversight powers and worked with presidents of both parties; not because of sheer numbers or ideological purity—far from it.  Rather, the House worked, in large part, because leadership routinely identified and trained future majority leaders and speakers.  After years of apprenticeship, new speakers understood both how to use the levers of power and how to deal with the opposing party. 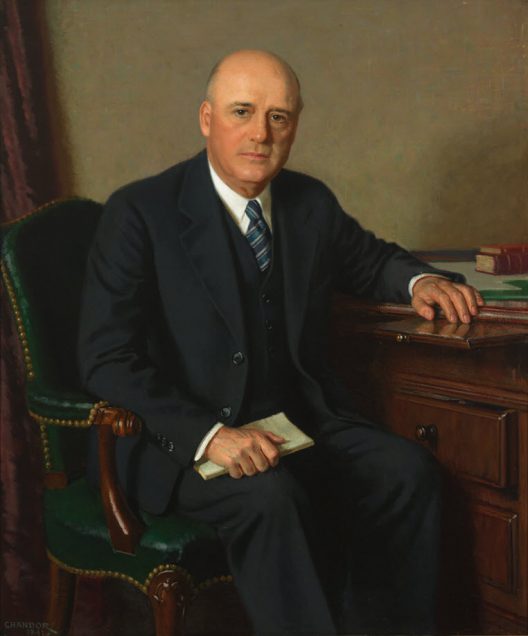 When the great Sam Rayburn first became speaker in 1940, he had not only been the majority leader for nearly four years, he had been the speaker of the Texas House for two years—starting at the age of 29.  When he re-took the speakership for the last time in 1955, he had over 10 years previous experience as speaker and 4 more years as minority leader.  When John McCormack became speaker (1962-1971), he had been the Majority Leader for 18 years.

Carl Albert (1971-1977) was majority whip for seven years and majority leader for nine years before taking the gavel.  Tip O’Neill came to Congress after serving four years as the Massachusetts House Speaker, then served two years as majority whip and four more years as majority leader.  O’Neill’s 10 year speakership (1977-1987) became the example for a House that ideologically opposed— but worked with—a president of the same, and then another, party. Jim Wright was majority leader for 10 years before his two year speakership (1987-1989)  When Tom Foley (1989-1995) became speaker, he had been majority whip for six years and majority leader for two and a half years.  Every one of these speakers came to office trained not just how to lead their own caucus, but how to reach across the aisle and create the majorities needed to pass complicated and controversial legislation.

Compare that to the level of preparation for leadership since then. Newt Gingrich (1995-1999) had only five years of experience as minority whip.  Dennis Hastert (1999-2007) was relatively well-trained with four years as majority whip.  You, Madame Leader, (2007-2011) were minority whip for only one year.  John Boehner (2011-2015) was majority leader for one year, minority leader for four years and a committee chairman for five years.   Paul Ryan (2015-2019) was just a committee chairman for five years before being drafted to be speaker.

From 1995 until now—half of the time the Austin-Boston era, we have had five speakers who had a combined five years of prior experience running the House as either the majority whip or leader.  How did we get here?  Frankly, the Democratic leadership has stagnated and grown old.  The Republicans seem to prefer whoever will apply the Hastert Rule, to the exclusion of working with Democrats, giving outsized influence to a fringe caucus.

And what have we had since 1995?  Gridlock, government shutdowns, speakers held hostage by small minorities within their own caucus.  The difference in productivity is stunning.  From 1973-2015, nine of the ten most productive Congresses were led by Albert, O’Neill, Wright, and Foley.  The lone post Austin-Boston speaker is Hastert at #10 from 1999-2001.  The least productive Congresses during that time were the two led by Boehner—2011-2015.

Some would blame this dysfunction on the rise of the Tea Party and the Freedom Caucus. Still, talented speakers have overcome even greater challenges: Speaker McCormack passed maybe the most significant law of the 20th Century, the Civil Rights Act of 1964 with 91 members of his caucus dead set against the bill.  Now, when a few dozen members of the Freedom Caucus opposes a bill, it becomes impossible to pass. Others may say the problem is gerrymandering—but that has been a problem since the founding generation; and since the Supreme Court keeps avoiding the issue, it is not going away soon.

What does this history lesson have to say about the next Congress?  This year it has become fashionable to run for Congress as a Democrat while running against you Rep. Pelosi by name.  Gil Cisneros, who has received $2 million from the Democratic Party to run for the House, said he won’t be voting for you because, “new leadership is needed.”  Tim Ryan (D-OH) got 63 votes in the last leadership vote and Rep. Seth Moulton (D-MA) has been openly critical of the current leadership. Rep. Linda Sanchez (D-CA) has also announced her candidacy for leadership.  Perhaps this is good politics, but a new set of leaders with no experience is not in the best interest of either the Democratic Party or the House as an institution.   None of these insurgents know what they are in for.  If the House is to work—especially while dealing with the mess that is the Trump Administration— it needs a steady and experienced leader in charge.

To your credit, you have remained supportive of breakaway Democrats, “I’m OK. Just win baby.  I think many of them are saying we need…new leadership, yeah I don’t take offense at that.”   That is the right point of view for a House leader— and the Democrats are lucky to have a leader with four years of experience as speaker.

Still, you must look to the future now.  Who will lead the House Democrats next?  Are you training the next generation of leaders?  Will they be practical, unifying politicians in the mold of the Austin-Boston era?   I hear you plan to put a younger member in charge of the Caucus–and that is not enough.  In the next session, you must entrust a new generation with the majority leader and whip positions and there are some terrific options: 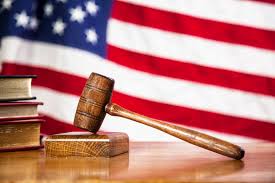 Rep. Jim McGovern (D-MA) has mastered one of the most important levers of House power as ranking member of the Rules Committee.  Rep. Diana DeGette (D-CO) immerses herself in complicated issues like stem cell research and gun control, and is already a deputy whip.  Rep. Terri Sewell (D-AL) is another deputy whip with experience on the Intelligence Committee.  Rep. Jim Himes (D-CT) is chair of the moderate New Democrats Coalition, a position Joe Crowley held before joining leadership.  Any two of the four would bring new blood to leadership and be a bridge to the younger members.

If the House is to work again, we need you to train a new generation of leaders.  It is time to bring back the leadership apprenticeships that worked so well during the productive Austin-Boston Connection.

Sean J. Kealy is a Clinical Associate Professor of Law and the Director of Legislative Clinical Programs at Boston University School of Law.