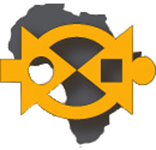 A Practical Guide to Surviving Your First Legislative Externship

I have done quite a few externships over the years in a variety of fields. However, working at the State House has kept me on my toes. I had so much to learn. I had a great boss and that helped. But looking back, I wish I had prepared a little better. I had no legislative experience and was not from a state that did a lot of state government work. So here are a few tips I would give to those who are new to this environment.

When I started my externship, I did not know anything about Massachusetts. I mainly came here to go to school and that was it. However, since working at the State House, I wish I knew more about the state and my senator’s district. I spent a lot of time googling regions of Massachusetts and asking questions. So if you have a legislative externship, feel free to do your research. Learn about the state and who are the constituents. Does a state have a larger rural population or an urban population? What are the industries and demographics of a state? Knowing these things will enhance your experience and give context to your interactions at the state house.

Being from Washington, DC, I had no concept of how state government worked. In my area, everything is concentrated in either the federal government or the local government. I had always viewed the federal government as a constant stalemate or arguing about things that did not matter. I thought that senators were inaccessible and expected that from my externship.  However, I was wrong. Senators in Massachusetts are generally pretty accessible and enjoy hearing from their constituents. I had no idea that a state senator would be different from a US senator. But while working for a state senator, I felt as though I was actually contributing to tangible changes. This is a super rewarding feeling that you won’t get anywhere else.

Some people hate meetings, but at your legislative externship you will learn to like them. One, they are much more fun than normal meetings at the office. Second, they are actually useful. Most of your meetings with either be with lobbyists or constituents. Making sure you are present for these meetings will teach you a lot about your senator’s district and their priorities. This was the forum where I learned the most. So, make sure you are there!

This is probably self-explanatory, but just be honest if you don’t know something. Your supervisor knows that this is an externship and that you are here to learn. Be honest about your experience level and don’t be afraid to ask questions. This externship is designed for you to learn so take advantage of it.

Externships are a serious investment of time and your tuition dollars. The Massachusetts State House can be an awesome place to work and to learn. Learn a lot, enjoy the experience, and make the most of it!

Nia Johnson anticipates graduating from Boston University School of Law in May 2019.