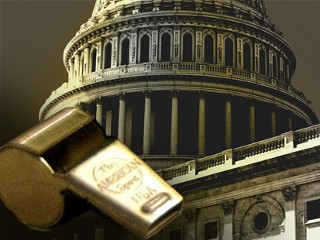 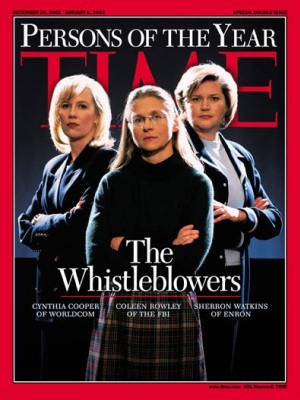 In October 2016, the United Nations’s agency for aviation policy, the International Civil Aviation Organization (ICAO), announced an international agreement to control carbon emissions on international flights.  Considering that commercial aviation accounts for over 2% of global carbon emissions—and is growing rapidly every day—this is an issue at the forefront of the climate change debate.

Regulating carbon emissions from commercial airlines has proven challenging over the years.  While many industries have been pressured to closely control or even shrink their carbon footprint, between 1990 and 2014, aviation emissions grew by an estimated 80 percent.  The Kyoto Protocol delegated airline regulation to the ICAO, which can be viewed as an international version of the U.S. Federal Aviation Administration (FAA).  The ICAO provides standardization for international flights, ensuring pilots know where to go, who to talk to along the way, and what to do once they get to their destination. Part of this work is done through Standards and Recommended Practices (SARPs), which include maps and navigational approach plates.  The ICAO also includes a Committee on Aviation Environmental Protection, but its SARPs are simply recommendations and the airline industry plays a large role in its decision making process.

In 2005, the European Union (EU) addressed aviation carbon emissions after finding the ICAO’s proposed emissions trading system “unattractive”.  In 2008, the European Council promulgated EU Directive 2008/101/EC, which expanded the EU’s Emissions Trading Scheme (ETS), a “cap and trade” program, to include aviation carbon output by 2012.  What seemed like a relatively simple expansion of an effective environmental program sparked vigorous debate and nearly set off an international trade war.  Because emissions were calculated for the entirety of a flight route, countries outside of the EU claimed both a violation of state sovereignty and an unfair advantage for European carriers.  In 2009, American, United, and Continental Airlines banded together with the trade group Air Transport Association of America (ATAA) to bring an action claiming the EU regulations were incompatible with international law. In December 2011, the European Court of Justice (ECJ) found the directive complied with international customary law and did not violate previous US-EU agreements for flights arriving or departing from European airports.

International reaction to the ruling was swift and overwhelmingly negative as the EU ETS expansion went forward.  China prohibited its national airlines from paying the European carbon emission charges, and it suspended $14 billion in orders from European aircraft manufacturers.  In 2012, President Obama signed the “European Union Emissions Trading Scheme Prohibition Act,” which barred American carriers from paying the EU ETS as well. Even the ICAO called for the European Union to exempt non-European airlines from the EU ETS.  Under heavy international pressure, the European Union paused enforcement of the Aviation Directive in November 2012 to give the ICAO another chance to regulate aviation carbon emissions.  Subsequent  ICAO inaction created unease in the international community, with many frustrated by the lack of progress in aviation greenhouse gas regulation since the Kyoto Protocol. However, continued international resistance to the EU ETS led to a compromise giving the ICAO until the end of 2016 to meet its goals.

On October 7, 2016 the ICAO General Assembly resolved to implement a Global Market-Based Measure (GMBM) regulating aircraft emissions. While the plan will not take effect for another five years and not see full implementation for another twenty, the agreement is still being hailed as an “historic” achievement by creating the first carbon market in any industry sector.

Different from the EU ETS “cap and trade”, this plan proposes the Carbon Offsetting and Reduction Scheme for International Aviation (CORSIA) to complement emissions mitigation factors already put in place by governments and the aviation industry. According to the ICAO,

CORSIA will be implemented in several phases, starting in 2021. Initially the program will be voluntary, but by 2027 it will mandatory for most countries. Fortunately, as of October 2016, sixty-six countries accounting for 86.5% of the world’s aviation activity (including the US and China) have declared their intent to participate voluntarily from the initial phases of the program in 2021.

The long and windy road to the ICAO’s development of a truly global market-based measure to regulate carbon emissions is a fascinating case study of the complex nature of international law.  The inaction of the UN’s ICAO led to action by another international organization, the European Union.  The EU’s action was met with resistance from multi-national corporations and state governments, forcing action by the ICAO.  Despite all of the competing interests, a common goal will finally be realized as countries participate in CORSIA.  It remains to be seen how effective CORSIA will be combatting climate change, but it seems like a promising step in the right direction: international compromise leading to a victory for the environment.