Legislators of the Year 2015

In our inaugural Legislator of the Year Award, the staff of Dome is pleased to recognize Rep. Elijah Cummings (D- MD) and Speaker Paul Ryan (R-WI).

Rep. Elijah Cummings really earned this award in April and May during and after the riots in his home town of Baltimore protesting the death of Freddie Gray. The Freddie Gray case was one of the true low points in a year filled with low points concerning race relations and the conduct of police officers around the country. Incident after incident made minority communities feel besieged in their own neighborhoods by an apparently aggressive, militarized and racist police force. For their part, the police have an extraordinarily difficult job and often feel unduly criticized when force is used in dangerous circumstances and when the officer legitimately feels threatened.  This fissure in our society deepened and widened this year and is a complex social problem that will likely take years to fully understand and address.

Still, during one of the darkest moments of the spring, Rep. Cummings took a leadership role and provided not only a voice of reason, but rallied his community to act in a thoughtful and positive manner to seek justice and reform.

He called for peaceful protests that would lead to change while praising the restraint of the Baltimore Police. He pushed for a stop to the violence that tore at Baltimore and helped clear the streets during a mandatory curfew. He also lent an eloquent voice to a community seeking justice. At Mr. Gray’s funeral Rep Cummings spoke directly to Gray’s mother, “For me, I am in the twilight years, but I am telling you we will not rest, we will not rest until we address this and see that justice is done. … We will not fail you.”  Rep. Cummings welcomed a Federal probe into the Baltimore Police, hoping the investigation would lead to improved relations between the police and the community, “The community needs the police and the police need the community to solve crime.” 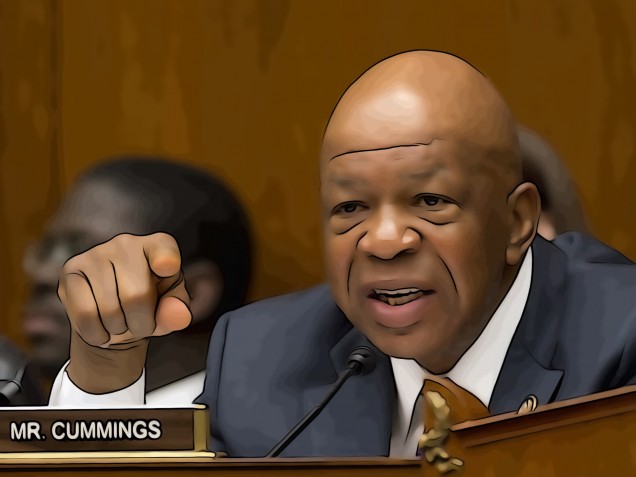 When something like this happens, a community typically looks to and rallies around local leaders—pastors, city councilors and mayors. Congressmen, with big districts, focused on federal issues, and spending much of their time in Washington, are naturally not as close to a particular neighborhood or constituency.   It is a great testament to Rep. Cummings that when Baltimore needed a reassuring—yet outspoken—presence, they turned to him.

Earlier this month the first prosecution of a police officer involved in the Gray Case ended in a mistrial. Even before the decision, Rep. Cummings again called for calm, “Our future as a more just community will depend more upon our own actions than it will upon the decision of Officer Porter’s jury.”

Mr. Gray’s death could have resulted in politicians scoring cheap political points by whipping up the crowd. Fortunately, Baltimore has been blessed with Rep. Cummings who at once is a stabilizing force for the community while also calling for much needed reform.

Rep. Cummings could have been a Legislator of the Year for service to his community, but he also played a crucial role as an opposition leader in the House. He continued to be a key voice on the House Committee on Oversight and Government Reform, playing the foil to Chair Jason Chaffetz (R-UT). More importantly, he agreed to serve as the Ranking Member on the House Select Committee on Benghazi. This never-ending inquiry seems to be nothing more than an attempt to hurt Hillary Clinton’s presidential campaign. The Committee reached its lowest point on October 22, 2015 when Chair Trey Gowdy (R-SC) kept Secretary Clinton on the witness stand for a ridiculous 11 hours. Rep. Cummings was outstanding throughout; pointing out the needless badgering of the witness by his fellow committee members and countering the political—and at times outrageous—lines of questioning.

Some of his constituents want Rep. Cummings to run for the Senate. The Senate’s gain would be the House’s loss—the House needs his leadership now more than ever.

This must have been a shocking autumn for the young representative from Wisconsin. Not that he ascended to a position of great power in Washington; the talented Rep. Ryan has always been headed in that direction. His intelligence, creativity and work ethic propelled him first to the chair of the Budget Committee and more recently to the Ways and Means Committee. In many ways he has been the true policy driver of the Republican Party in the Capitol during a time of thoughtless ideology and bumper sticker level political attacks. Speaker Ryan has already been the GOP’s vice presidential pick, and likely was headed to leading the ticket at some time in the future.

And then John Boehner stepped down as Speaker.

Mr. Boehner finally had enough of the backstabbing “Freedom Caucus” and his inability to get any sort of legislation—even essential spending and debt limit bills— through his own chamber without a major struggle because the bills were not ideologically pure enough for a semi-secret cabal of representatives. Then the “Freedom Caucus” refused to support Mr. Boehner’s logical successor Rep. Kevin McCarthy (R-CA). With the subsequent disarray, the caucus turned to a reluctant Rep. Ryan to take the gavel. 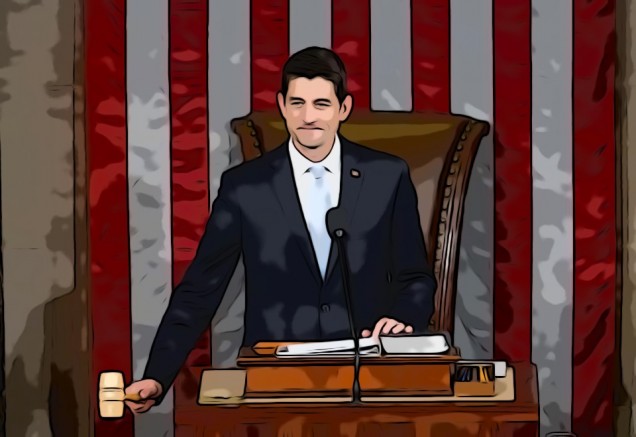 Speaker Ryan was right to be reluctant for a multitude of reasons:

First, he was never on the “leadership track,” training to be Majority Leader or Speaker. There is a reason people apprentice with leadership, and why the Austin-Boston Connection was so successful for so many decades. Leadership must deal with the Senate and the President and protect the House while making reasonable compromises.  Leadership must skillfully interact with the press and craft a message that—again—protects and benefits the House membership. Leadership must devote considerable time to what David Hawkings calls “the member services dark arts.”  Much of this will be new to Speaker Ryan, who has devoted his legislative career to committee work.

Second, the problems that took down Speaker Boehner will only grow. The “Freedom Caucus” is newly emboldened and will continue to hold a sword over the Speaker’s head. Outside groups will no doubt start calling him a RINO or Squish every time he makes a compromise. The Republican Caucus will continue to be a fractured and difficult to manage, especially in an election year.  The new Speaker, therefore, will have all the challenges that made Speaker Boehner happily give up the gavel.

Finally, this was not part of his personal plan. Until this autumn, Speaker Ryan had an excellent chance to be a serious presidential contender in the not too distant future.  Will he still have that chance after a stint as the Speaker?  He will suffer many slings and arrows from both sides of the aisle. And history has not been kind—only James K. Polk successfully used the Speakership as a stepping stone to the Presidency, and only after being governor of Tennessee in between.

And yet Speaker Ryan put all of that aside and took the gavel. He put the House and the Congress above himself and his personal ambition.  Congress desperately needs the stability he will bring, and therefore, Speaker Ryan is a very worthy Legislator of the Year.