There’s No Such Thing as Sex Without Consent

On January 16, 2020, the Massachusetts Senate passed S.2475 “An Act Relative to Healthy Youth,” which creates mandatory guidelines schools must follow when implementing their sex education curricula. This does not require schools to adopt a curriculum, and there is an opt-out provision for parents who do not wish their children to receive this education. Still, the bill requires medically accurate information be shared, that a comprehensive view of sex education be taught that goes beyond abstinence-only education, and, perhaps most importantly, the bill requires schools teach students about consent, boundaries, and healthy and safe relationships. Unfortunately, the 2020 legislative session came to an end with the bill stuck in the House Committee on Ways and Means.

Sex Education in the United States 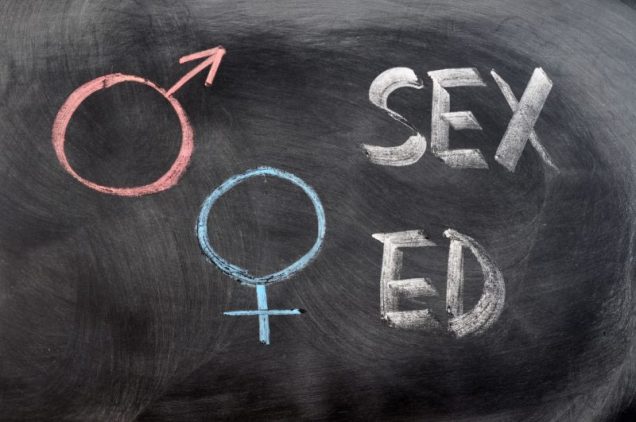 before marriage. While sex education started to spring up more in public schools during the 1920s, it wasn’t until the 1950s when the the American Medical Association and public health officials first advocated a standardized curriculum. The 1960s saw religious and conservative groups attack sex education, asserting that teaching youths about sex would make sexual engagement more likely.  In the 1980s, the HIV/AIDS health crisis led many officials, backed by federal funding, to require abstinence-only sex education in schools.

On the state level, 37 states require sex education programs to cover abstinence and 27 of those require prioritizing abstinence. 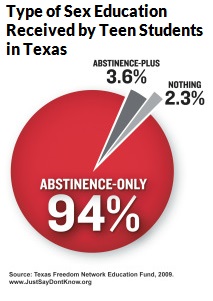 Students who attend schools with less funding are more likely to receive abstinence-only education, leading to a correlation between socioeconomic status and an increase in teen pregnancy, STDs, and sexual violence.

The Importance of Consent Education

Sex is not sex without consent – it’s rape.

A Columbia University study indicated that those who received training in how to refuse sexual advances were less likely to be sexually assaulted in college. There was no similar correlation between abstinence-only sex education and sexual assault. Equipping students with the ability to set their own boundaries is important, but teaching students to recognize and respect those boundaries in others is just as necessary to prevent sexual violence. Merely giving students the tools to help them potentially get out of a situation they don’t want to be in is not enough, because it does not express the importance of consent in sexual interactions. As long as people fail to recognize and respect the consent of others, there will always be uncomfortable or dangerous situations to try to get out of – it’s mopping up the water from the overflowing sink without turning off the tap.

For young children, consent education reassures them that they have a say in what happens to their bodies (something many children are not aware of), and it teaches them to respect other peoples’ choices, as well. As students age, understanding consent as a concept allows them to form fundamental understandings of what healthy relationships with others look like. Beyond a reduction in sexual violence and misconduct, these are important life-skills that reach far beyond sexual situations.

There is still support for abstinence-only sex education in many parts of the country, and consent education is often seen as 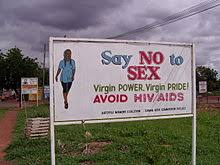 condoning sex.  Unfortunately, resisting consent education works against abstinence-only goals by not providing students with the tools needed to establish healthy boundaries and respect for each other’s physical space. These skills are key for both those who wish to remain abstinent until marriage and for those who engaging in sex.

Some of those who oppose consent education, especially for younger students, worry that the subject matter may be too mature, but consent education does not have to be presented along with sex education for younger students to be effective. Consent is ultimately about permission, which is a concept children can easily grasp.  For example, sharing and borrowing things involves consent. Additionally, teaching consent around hugging is a way to instill physical boundaries in children.

West Virginia, Rhode Island, and D.C. have all adopted comprehensive legislation on consent education. These states require consent education based on the student’s age, introduce the concept of consent to younger children while assuaging some of the opponent’s concerns.

Harvard’s Graduate School of Education created a consent education model based on suggestions from educators across the country. The model proposed laying a foundation of consent and boundary building behaviors in younger children, and then including sex in the conversation for older students.

The Harvard model also recognizes that consent education should not be limited to straight boys but that anyone can perpetrate sexual violence and misconduct. Just as socioeconomic factors play a role in who receives comprehensive sex education, individuals holding certain identities are disparately impacted by sexual violence and students need to be aware of these inequities as they learn to navigate sex and consent.

Every school should adopt some form of consent education both before and during sex education.  Otherwise, we will continue to endure a society that fails to respect the boundaries and choices of others.  The Massachusetts Senate passed bill was a step in the right direction. Hopefully, the bill will become law during this new legislative session.

Alexa Weyrick anticipates graduating from Boston University School of Law in May 2021.