Massachusetts’s Governor Baker signed An Act Regulating and Insuring Short-Term Rentals on December 28, 2018. The act regulates short-term rentals provided through services like Airbnb. The governor rejected an earlier version of the bill, and returned amendments primarily allowing for an exemption for owners who rent out their property for two weeks or less per year, and reducing the amount of information provided publicly about rentals owners.  The bill was motivated by concerns that the rise in short-term rentals drives up housing costs and pushing out long-term residents. The statewide bill comes after both Boston and Cambridge individually passed laws essentially having the same effects. However, the Boston law was challenged by Airbnb, who filed suit in federal court claiming that the regulations are “Orwellian” and violate several laws, including laws that protect online companies from being held liable for the actions of their users. The city of Boston is currently holding off on some of the regulations passed pending the resolution of the court case. Airbnb had not yet said if it will challenge the new Massachusetts law.

The statewide law has two main components: first, that all short-term rentals are taxed by the Commonwealth, and can be additionally taxed by local governments, and second, that all owners of short-term rental properties must register with the state and hold insurance. The registration requirement was a cause of debate.

Lawmakers, including Governor Baker, were concerned about violating the privacy of owners by publishing their names and addresses publically. In the amendments to the July bill that Governor Baker rejected, the registration requirement was changed so that only the owner’s neighborhood and street name would be published, not their exact address. The law also dictates eligibility in order to register. To be eligible to be a short-term housing unit, the space must be compliant with housing code, be owner-occupied and be classified for residential use, among other requirements. Another cause of debate was an exemption for occasional renters. Governor Baker originally wanted owners who rent their properties for 150 days or less to be exempt from the regulations. However, in the final version of the bill, the exemption was decreased to 14 days.

Not surprisingly, the hotel industry supports the bill. Paul Sacco, the President and CEO of Massachusetts Lodging Association, said:

“This is a tremendous victory for municipal leaders and the people of Massachusetts who have been waiting for years while Airbnb rentals have exploded, resulting in skyrocketing housing costs and disruptions in local neighborhoods. By adopting a more level playing field between short-term rentals and traditional lodgers, lawmakers made great strides toward a more fair and sensible system.”

Airbnb had a far less enthusiastic response however. In citing concerns about the property owners who use Airbnb to earn extra income, Airbnb said that they would “continue the fight to protect our community and the economic engine of short-term rentals for hosts, guests, and local small businesses”

While Massachusetts is the first state to pass a law, many other cities have passed similar laws in the recent years. In Nashville, the city passed a law in January which focused on taxing short-term rentals that are not owner-occupied in order to fund affordable housing development in the city. The “linkage fee” tax is controversial, with lawmakers questioning if the fees generated are enough to actually impact the lack of low-income housing within the city. Seattle passed a similar tax law in November 2017. The legislation aims to encourage owners who rent out a spare bedroom and discourage investors who buy entire buildings for use as short-term rentals. Finally, New York City passed regulations in July 2018 which requires Airbnb, and other similar companies, to provide information about the properties listed for rental within the city. However, Airbnb sued in federal court claiming that the requirement to provide information to the city violated the company’s fourth amendment right against search and seizure. The law was set to take effect in February 2019, however the Judge granted a preliminary injunction in favor of Airbnb saying, “The city has not cited any decision suggesting that the government appropriation of private business records on such a scale, unsupported by individualized suspicion or any tailored justification, qualifies as a reasonable search and seizure.”

Jessica A. Hartman is a member of the Boston University School of Law Class of 2020. 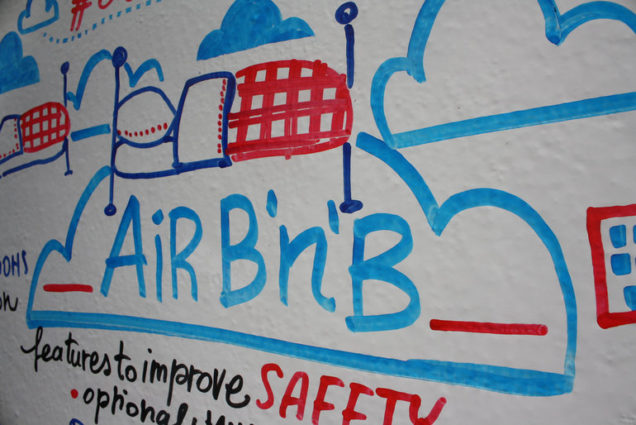