Is the Johnson Amendment Constitutional?

May 20th, 2020 in Analysis, Federal Legislation, Legislation in Court, Lobbying

Two vocal opponents of the Johnson Amendment (and the sponsors of the Free Speech Fairness Act in both houses of Congress) Senator James Lankford and Congressman Steve Scalise argue that the Amendment must be repealed to protect the First Amendment rights of 501(c)(3) non-profit employees. They argue the Bill of Rights protects the right of all Americans to freely express their ideas and opinions without persecution from the government, and the Johnson Amendment violates this right by stripping 501(c)(3) employees from being able to speak their minds about political issues. As discussed in my previous post, the Johnson Amendment prohibits 501(c)(3) employees from endorsing or opposing candidates, and violations of the Amendment risks punishment by the IRS either by fine, revocation of the organization’s tax-exempt status, or both. This, therefore, begs the question of whether the Johnson Amendment does in fact violate the First Amendment. This Dome blog post will look at legal precedent to see if the Amendment has been challenged for its constitutionality in the past, and if so, the arguments the court made in their decision.

“Congress shall make no law respecting an establishment of religion, or prohibiting the free exercise thereof; or abridging the freedom of speech, or of the press; or the right of the people peaceably to assemble, and to petition the government for a redress of grievances.”

Members of Congress and other organizations who oppose the Johnson Amendment mainly argue that it violates the freedom of speech, which is in fact why the current bill before Congress attempting to repeal the Amendment is titled the “Free Speech Fairness Act.” Within the text of the First Amendment, they argue that the Johnson Amendment is “abridging the freedom of speech” of 501(c)(3) tax-exempt nonprofit employees, but in particular religious ones, such as pastors, priests, and rabbis.

But has the constitutionality of the Johnson Amendment actually been determined by the Supreme Court as it applies to religious organizations? The answer, unfortunately, is no. However, two U.S. Court of Appeals circuits have upheld the Amendment as constitutional in the past when applied to religious organizations. The first case, Christian Echoes Nat’l Ministry v. United States (1972), involved a nonprofit religious corporation contesting the revocation of its 501(c)(3) tax-exempt status by the IRS as punishment for violating the Johnson Amendment. Through various appeals and remands, the ultimate holding by the Tenth Circuit Court of Appeals was that the organization no longer qualified as a tax exempt organization under section 501(c)(3) of the tax code. As one argument against the revocation of their status, Christian Echoes argued the Johnson Amendment was unconstitutional and violated their right to free speech. However, the court held that “in light of the fact that tax exemption is a privilege, a matter of grace rather than right… the limitations contained in Section 501(c) (3) withholding exemption from nonprofit corporations do not deprive Christian Echoes of its constitutionally guaranteed right of free speech.” Christian Echoes Nat’l Ministry v. United States, 470 F.2d 849, 857 (10th Cir. 1972). The court therefore determined the taxpayer must refrain from these political activities to obtain “the privilege of exemption,” which Christian Echoes benefited from until their status was revoked.

The argument made by the court in Christian Echoes is very similar to the argument made by proponents of the Johnson Amendment, such as the Freedom From Religion Foundation, who argue because religious organizations benefit essentially from a government subsidy, in exchange for that subsidy they relinquish some of their rights. These rights can at any time be reclaimed, but at the cost of losing the subsidy, ultimately leaving the choice between the two up to individual organizations.

The District of Columbia Circuit Court of Appeals has also taken up this issue more recently in Branch Ministries v. Rossotti (2000), regarding the constitutionality of the Johnson Amendment, but for violation of a different part of the First Amendment. In this case, a church had its tax-exempt status revoked for intervening in political campaigns, violating the Johnson Amendment. The church argued that revoking their tax-exempt status was a violation of the Free Exercise clause of the First Amendment, as in violating their right to freely exercise religion. To show the Free Exercise clause had been violated, the church had to establish their “free exercise right has been substantially burdened.” Branch Ministries v. Rossotti, 211 F.3d 137, 142 (2000). The court, however, held the Johnson Amendment did not violate the First Amendment because the church failed to establish that their free exercise right had been substantially burdened. Despite the claim by the church that by revoking their tax exempt status would threaten its very existence, the court determined this was overstated because the impact of revocation “is likely to be more symbolic than substantial,” because if they stop intervening in political campaigns they can regain their tax-exempt status, and even if they do not, “the revocation of the exemption does not convert bona fide donations into income taxable to the Church.” Therefore, the burden is not substantial enough to be considered a violation of the First Amendment. See, Branch Ministries, 211 F.3d at 142-143. 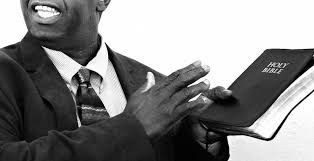 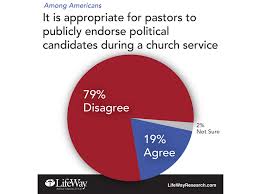