You’ve heard it all before.  In fact, you’ve heard the same arguments repeated back and forth so many times you have memorized them yourself. The cycle goes like this:  There’s a mass shooting, then in the tragic aftermath, the liberal and conservative pundits begin repeating their arguments left and right.  Usually, on the conservative right there are calls for mental health reform and on the left, liberals agree that we need to address mental health, but point to gun access as the key issue to prevent these tragedies from happening.  The rest of us, the general population, are left somewhere in between.  We point fingers like everyone’s to blame, but we take action like nobody is responsible.  That is to say, we take very little action at all.

Although this cycle has repeated itself to the point of feeling like a broken record, it’s important that we not get stuck like one.  After all, the definition of insanity is doing the same thing over-and-over again while expecting a different result.  Where some blame the mentally ill and some blame guns, it is important to step back and reframe our arguments to see the issue of gun violence in a different light.  Maybe the solution, as is often the case, lies somewhere in between.

The tragedy in Parkland has energized this debate to unprecedented levels, but has also brought with it many familiar arguments.  In particular, recent calls from President Trump to strengthen limitations on the ability of the mentally ill to access firearms gives us cause to reevaluate his premise that mental illness is associated with gun violence.  President Trump’s critique is founded on a commonly shared belief among the majority of Americans.  According to a Pew Research poll in 2017, 89% of people across the political spectrum favor placing increased restrictions on the ability of the mentally ill to purchase firearms.  This commonly held belief across the political spectrum forces us to ask ourselves: What is the real relationship between mental illness and gun violence? 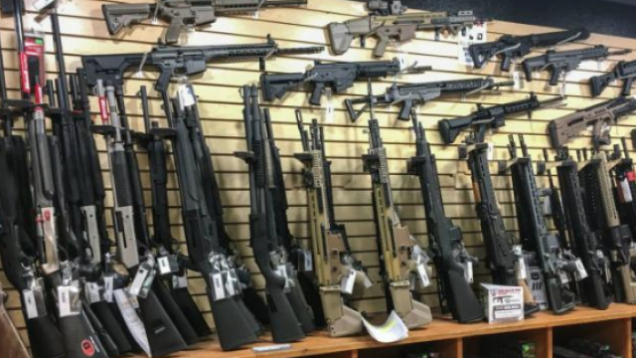 What do the Numbers Say?

The evidence suggests that we may be biased when it comes to our perceptions of the mentally ill and the potential for persons dealing with mental illnesses or disorders to exhibit violent tendencies.  In fact, a 2013 national public opinion survey (p.367) found that 46% of Americans believe that persons with mental illness are “far more dangerous than the general population.”  However, the public perspective is vastly distinct from reality.  Another study (p.241) demonstrates that between 2001 and 2010, “fewer than 5% of the gun-related killings in the United States… were perpetuated by people diagnosed with mental illness.”  People are far more likely to be killed by a person with a gun that does not have a mental illness, than someone that does have a mental illness.

While mental illness is not strongly correlated with gun violence, there are other conduct measures that appear to be strong predictors of such violence.  Three conduct measures in particular that are powerful are past acts of violence/criminal history, a history of domestic violence, and substance abuse.

First, with regard to a history of violence, the American Psychology Association issued a report (see p.8) that concluded based on longitudinal studies, “The most consistent and powerful predictor of future violence is a history of violent behavior.”  One article from Wisconsin Public Radio affirms this trend in reporting that for gun homicides in Milwaukee about, “93 percent of our suspects have an arrest history.”  Although the Milwaukee sample is small and not entirely representative of the entire United States, such a high correlation is worthy of our attention in considering factors for reevaluating our gun policies.

Third, with regard to substance abuse, a study (p.242) by Dr. Jonathan Metzl, an often quoted figure in studying the causes of gun violence in the United States, found that, “[A]lcohol and drug use increase the risk of violent crime by as much as 7-fold, even among persons with no history of mental illness.”  According to the same study, “serious mental illness without substance abuse is ‘statistically unrelated’ to community violence.”  In other words, substance abuse increases an individual risk of violence in general, including an increased risk of gun violence.

However, correlation does not equal causation.  Many of the current studies on the causes of gun violence and mass shootings face limits (p.240) in this particular regard.  However, the low statistical correlation indicated in multiple studies between mental illness or disorders and gun violence are informative.  The fact that there are other risk factors that are strong predictors of violence generally and gun violence specifically point to where our attention is likely better directed in trying to rework gun laws in a manner that will work for everyone.

The Giffords Law Center to Prevent Gun Violence points to one such unique legal mechanism adopted in Oregon, Washington and California, which have adopted laws for Extreme Risk Protection Orders (“ERPOs”).  These laws allow family members or law enforcement officers to petition a court to keep guns away from someone going through a crisis.  The laws are geared toward the principle that family members are best able to gauge changes in an individual’s behavior that could pose a serious risk of harm.  Petitioners under these laws still have the burden of providing sufficient proof that the individual poses a risk of danger to themselves or others.  ERPOs are also only temporary, but may vary in length.  For longer protective orders, more compelling evidence must be offered that the person poses a risk of harm to themselves or others.

Oregon offers another pragmatic solution in its closing of the “domestic abuser loophole” through passage of a recent state law.  Under the 1996 Domestic Violence Offender Gun Ban, domestic abusers are banned from owning or possessing a gun.  However, the federal ban only applies to someone if they are married, living with, or have a child with the victim of the abuse.  The wording of the law creates the “domestic abuser loophole,” which means that someone who is not living with their significant other and does not meet any of the other mentioned criteria, but who abuses their significant other, can still buy a gun.  Oregon’s new law prohibits anyone convicted of a crime of domestic violence from owning or possessing a gun, regardless of whether or not that person lives with their significant other. 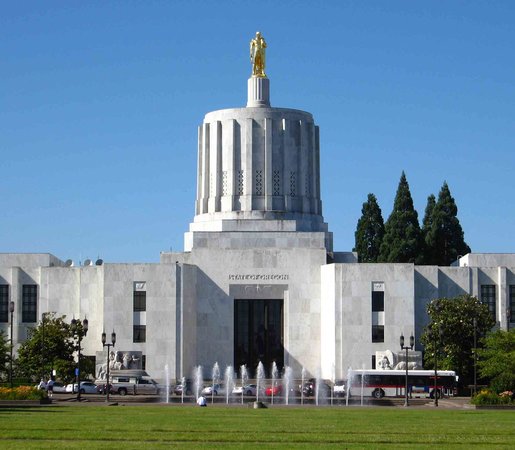 These new state laws are just examples of a number of other pragmatic and nuanced policy solutions that are geared toward preventing future gun violence while avoiding burdensome restrictions on the Second Amendment rights of the vast majority of Americans.  Such solutions demonstrate our capacity to tackle the problem of gun violence in new and creative ways, while still preserving individual freedoms.  Finally, these laws represent effective solutions that are based on empirical evidence about true risk factors for gun violence and not on ill-founded stigmas.  A path forward on fixing our gun laws exists, but to move forward we must set aside our preconceived notions and work together to promote innovative solutions that protect both our rights and our safety.

Nicholas Stone graduated from Boston University School of Law in May 2018 and plans to practice in Portland Oregon.