With Obamacare in peril, the Governors Speak Out

Before the Affordable Care Act (ACA), I did not have health insurance. My home state Florida did not mandate health insurance coverage for residents and my undergraduate university did not require me to have health insurance. In essence, I was a typical American in my early 20s. I did not think I needed health insurance, was not required to carry it, and could not afford it. Cost was the greatest factor: I did not have any income and Florida did not expand Medicaid. To my surprise, the ACA allowed me to have affordable health insurance for the first time as an adult. Now Congress is contemplating major changes to the ACA (or commonly called Obamacare), causing some governors, such as Charlie Baker (R-Massachusetts), to weigh in on the proposals. Despite the recent successful House repeal and replacement of the ACA, the  Senate is now struggling to find a path forward under the budget reconciliation rules.

Just a few months ago, it looked as though changes to the ACA were inevitable given the unified Republican control of Congress and the Administration. Despite seven years of discussion of repeal, and more recently the repeal and replace vote, the future is still uncertain.  Members of Congress who attended  town hall meetings during the 4th of July break heard from many constituents who are deeply concerned with loss of coverage. Former House Speaker John Boehner recently said that Congress would not repeal and replace, but instead “fix” Obamacare.  And now, the Senate is spinning its wheels.

The much-awaited House bill, the American Healthcare Act (the “AHCA”), was the first attempt at replacing the ACA. The AHCA would repeal tax penalties for people without health insurance, reduce federal insurance standards, cut subsidies for buying private insurance and establish new limits on spending for Medicaid. In their first attempt, Republicans failed to get their bill to reach the House floor for a vote.  In spite of this defeat, the Trump Administration placed renewed pressure on Congress to revise the ACA. Ultimately, the House was able to pass the bill in its second try by adding $8 billion to help cover insurance costs for people with pre-existing conditions. However, the Senate cannot pass the House bill because Majority Leader McConnell must accommodate Republican senators from states that have expanded Medicaid under the ACA. These senators, with a statewide constituency, must consider what their state governors have to say on revisions to the ACA. 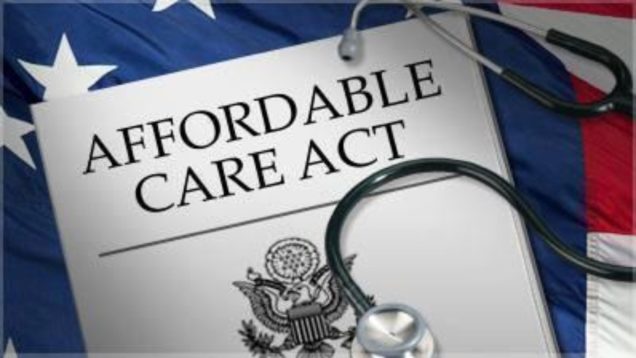 Congress’ ACA replacement process included a request to the 50 governors for information. In response, Massachusetts Governor Baker sent a letter on the ACA’s impact on Massachusetts. Some commentators believe Governor Baker’s letter could carry extra weight because of his Republican party affiliation and his past work experience as chief executive of Harvard Pilgrim Health Care gives his suggestions and concerns greater authority.

In his letter, Governor Baker discussed the importance of the health sector to the Massachusetts economy; $19.77 billion, making it one of the leading industries in the state. Governor Baker also noted that the ACA was modeled after the Massachusetts system, which was intended to provide close to universal coverage for residents. Massachusetts has the highest percentage of insured residents in the U.S.— 96.4%. Just under 60% of the insured are covered through the employer-sponsored insurance market.

Governor Baker argued that lawmakers should not repeal the ACA, but revise it. One area in need of repair is the ability of individuals with employer provided insurance to switch to tax-payer subsidized health insurance; something half a million Massachusetts residents have done since 2011. As a result, Medicaid now accounts for close to 40% of the state’s budget. Since 2012, the percentage of Massachusetts residents on commercial insurance decreased by 7% while Medicaid enrollment increased by 7% and now insures 28% of the population. The original Massachusetts program did not allow this transfer, but the State was forced to comply with the introduction of the ACA. Now, this particular aspect of the ACA was straining the Massachusetts system and needed to be revised. Although Governor Baker offered reforms, he argued for maintaining several aspects of the law, such as the mandate requiring all residents to carry health insurance, which would allow stability within high-risk pools for insuring people who are sick.

The Governor continues to push the goal of universal health care coverage, but recognized such a goal was in jeopardy because of certain Congressional proposals. For instance, the letter expressed concern over a shift to block grants for Medicaid funding to the states. The Governor argues that a shift to block grants (or “per capita caps for Medicaid) would “remove flexibility from states” as the result of lower federal funding. Under current law, the federal government and state governments share in the financing and administration of Medicaid. According to the Congressional Budget Office, states typically pay health care providers for services to enrollees, and the federal government reimburses states for a percentage of their expenditures. Furthermore, all federal reimbursement for medical services is “open-ended” in other words, if a state spends more because enrollment increases or costs per enrollee rise, additional the federal government matches. Currently, Massachusetts is a 50/50 state, meaning that the federal government and Massachusetts divide the cost of providing health care for Medicaid recipients.

Despite Governor Baker position, the House passed AHCA creates a per capita-based cap on Medicaid payments for medical assistance. The per-capita caps would establish a limit on the amount of reimbursement the federal government provides to states.  For instance, if a state spent more than the federally established limit on reimbursements, the federal government would not match the additional costs.  The AHCA would punish Massachusetts low income residents and threaten the stability of the MassHealth system.  Consequently, the changes to federal grants of funds could impact the Commonwealth’s goal of universal healthcare.

Today, Governor Baker—joined with nine other governors, including Gov. Sandoval (R-Nevada) and Gov. Kasich (R-Ohio) —sent another letter to the Senate urging it to correct the ACA’s weaknesses without repealing the law or gutting Medicaid.  The Governors wrote, “lasting reforms can only be achieved in an open, bipartisan fashion.” The governors also called on the Senate to heed U.S. Sen. John McCain’s, R-Arizona, impassioned plea to return to “regular order” and not continue the recent practice of hyper partisanship.

The governors are speaking; the question remains whether Congress is listening.

Juan Garay graduated from Boston University School of Law in 2017.