Kentucky Medical Review Panels: A Toe in the Water of Tort Reform

To file a medical malpractice suit in a Kentucky court, a complainant must present their potential claim to the panel and have received an opinion regarding their claim. The panel, made up of three healthcare providers and a non-voting attorney chairman, has up to nine months to give its opinion of the malpractice-related claim. The panel can decide that a plaintiff’s case has no merit, that there was a failure by the defendant to provide proper care, or that there was a failure to provide proper care, but the misconduct did not lead to a negative medical result. Regardless of the opinion issued by the panel, the plaintiff may still take their case to court. The opinion issued by the panel is admissible at trial and the doctors on the panel may be called as witnesses. 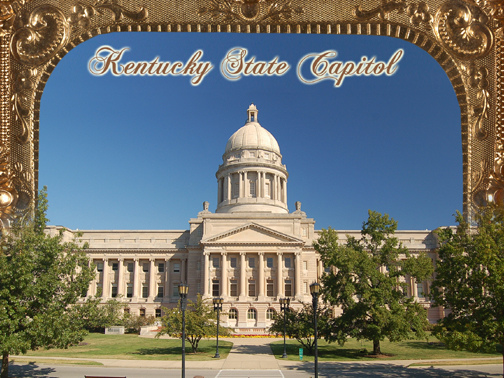 Why put these hurdles to litigation in place? Critics have long argued that too many meritless medical malpractice claims are filed each year, which causes health care provider liability insurance to skyrocket and encourages the practice of “defensive” medicine. Concerns that too many malpractice claims are “frivolous and request unrealistic damages” date back to the mid-1970’s. Another concern which prompted this change in the law, according to Rep. Robert Benvenuti of Lexington, is that the current medical malpractice process is slow and “drags on for years and years and years [and] it ends by the judge encouraging or sometimes ordering mediation.” According to Benvenuti, the panels speed up the process by putting mediation on the front end.

Kentucky is only the latest in a number of states which have implemented these medical review panels. Medical review panels have been the proposed and implemented solution for the highly litigious area of medical malpractice, but it begs the question, do they actually work? The data varies by state, and the extent of tort reform implemented in different states can make it difficult to determine the effect of just implementing medical review panels. For example, data from the National Association of Insurance Commissioners found that malpractice premiums in California grew much more slowly than the rest of the nation after it passed comprehensive tort reform. Unlike Kentucky, California’s tort reform included caps on non-economic damages, changing payout requirements, limitations on attorney fees, and a required 90-day notice to file a lawsuit, but does not require medical review panels. 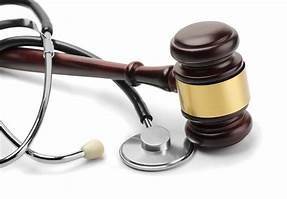 Studies on the isolated effect of just medical review panels are sparse. The most comprehensive study on the effect of medical review panels dates all the way back to 1986, finding that the panels caused an overall increase in the number of disputes, overall costs, and lengthening of time of the process. However, a more recent study commissioned by the American Medical Association (an advocate of tort reform) in 2008 found that states with screening panels generally medical liability insurance rates 20% below the national average and had a higher percentage of cases that settled more quickly or closed without a payout. Maine, whose panel law has been in place for more than 30 years, had 20-30% lower insurance rates than neighboring New Hampshire prior to New Hampshire’s passing of its own panel law. Between 1996 and 2006, the Senior Vice President of Medical Mutual Insurance in Maine stated in 2009 that average expenses for medical malpractice claims in Maine were 66% lower than in New Hampshire, and only 2.5% of claims went to trial, as compared to 7% in New Hampshire.

Other states, like Nevada, have found mixed success, causing thirty states to repeal panel laws and often replace them with other methods of tort reform. Nevada found out the hard way that if doctors on the panel and insurance companies fail to play by the rules, the functionality of medical panels becomes moot. Sen. Alvarado has stated himself that the doctors of Kentucky must be ready to serve on the panels if called upon. Additionally, the Kentucky Medical Association Director of Advocacy and Legal Affairs stated that the panels will “succeed or fail based largely on the participation of physicians,” and that success of the panels will guide future tort reform in Kentucky.

Another claim by the proponents of the new law are that medical review panels will bring speedier resolutions to malpractice claims. How speedy of a process this will prove to be remains to be seen. The panels have up to nine months to make a decision, and any other claims dependent on the medical malpractice claim are stayed from the time the complaint is filed with the panel until the decision is made. However, potential plaintiffs who receive negative opinions from the panel may be discouraged from pursuing their claim in court or choose to settle more quickly.

Regarding Rep. Benvenuti’s comparison of the panel process to mediation, this association is flawed, since the opinions are admissible and the panel members may be called as witnesses at trial. Where required mediation would encourage an honest look at the merits and encourage settlement of these medical malpractice claims out of court, which the proponents of this legislation claimed as one of their goals, this panel process could very well just turn into an out of court trial that proves to be just as costly for claimants. Some claimants with legitimate claims of medical malpractice may be deterred from pursuing their medical malpractice claims entirely, because the total cost and length of litigation could well be extended by lengthy statements and extensive discovery. Also unclear is how the panel system will affect billing for claimants. Often, medical malpractice plaintiffs are billed on contingency. Changing the system may make pursuit of these claims more cost prohibitive for potential plaintiffs.

Not only seen as potentially cost-prohibitive and discouraging to litigation, some view the medical review panels as a bar to litigation because it restricts the right of people to plead their cases in court. The Franklin Circuit Court struck down Kentucky’s new law in October 2017, and the case will be heard by the Kentucky Supreme Court in its upcoming session in 2018.

Joye Beth Spinks anticipates graduating from Boston University School of Law in May 2019.