Rising sea levels, intense hurricanes, and dangerous flooding can cause sudden upheavals of individuals’ lives, making homes and entire areas uninhabitable for families or entire communities – sometimes, very suddenly. These “climate refugees” are often spoken in future terms, but they already exist; but the law in most places does not differentiate them from economic migrants who are seeking better jobs and living conditions. Governments, including the United States, have not redefined “refugees” to include those fleeing natural disaster, let alone climate change.  The US should begin to rethink the concept of a refugee and put in place protections for those displaced by climate change. 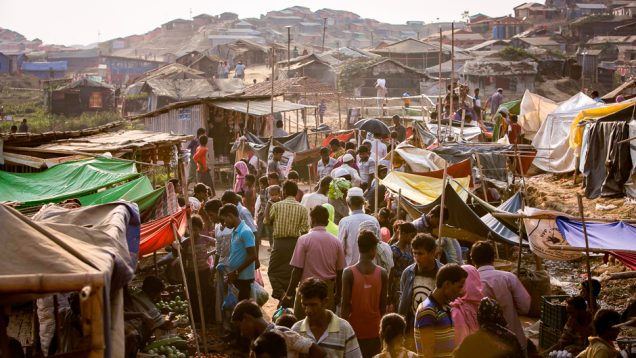 The United Nations Refugee Convention set the definition for a refugee in 1951: someone outside their country of nationality or residence with a well-founded fear of persecution on the basis of race, religion, nationality, membership of a particular social group or political opinion, without the ability to seek protection in that country. Meeting this criteria entitles one to international protections such as non-refoulement: the practice of avoiding forcing refugees to return to countries where they have a high risk of persecution. The definition of a refugee rests wholly on persecution and makes no mention of natural disaster or climate-related factors.

One major complication that arises from climate refugee policy is that it is very unlikely that one dramatic event will push a family out of its home country. Rather, ongoing drought and extreme heat due to climate change result in unsustainable conditions in which families cannot make a living or gain meaningful quality of life. Drought may cause crops to fail, and a family may be forced to move somewhere where they need not depend on farming. This makes it difficult to distinguish between those relocating to new countries due to climate change versus pure economic factors, and these individuals are deemed “economic migrants” no matter the root cause of their flight.

Another factor is the lack of incentive for national governments to go beyond the minimum requirements for refugee status set long ago in the UN Convention, despite the worsening natural disasters and living conditions due to climate change. In 2018, a majority of the UN General Assembly affirmed the Global Compact on Refugees, which strives toward addressing the interactions between climate, environmental degradation, and disasters, and refugee movements; this is not a binding agreement that alters the original 1951 Convention, however, and it tends to focus only on instances where climate change causes conflict and persecution (entitling one to classic refugee protections) rather than threats to life due to rising temperatures.

Climate refugees already exist. Kiribati is a South Pacific island nation that is in danger of losing its entire landmass to rising sea levels due to climate change. In 2015, a Kiribati national, Ioane Teitiota, applied for “climate refugee” status with the New Zealand government, but this application was rejected and he was repatriated to Kiribati. A subsequent complaint with the UN resulted in the New Zealand government’s decision being upheld due to a lack of “imminent threat” to life, though the UN did acknowledge the serious threat to the human right to life posed by climate change. Since then, New Zealand has pledged to offer up to 100 special climate refugee visas to Pacific Islanders in the future.

Mr. Teitiota’s application would have gotten the same result with almost any national government, including the United States. National governments have largely matched their own domestic refugee policy to the 1951 UN definition and have avoided changing it since the treaty was signed over 70 years ago. The U.S. Citizenship and Immigration Services (USCIS) Refugee Eligibility criteria match this definition, as does the legal definition of “refugee” in the Immigration and Nationality Act enacted in 1952. USCIS explicitly states that “If you are fleeing a civil war or natural disaster, you may not be eligible for resettlement under U.S. law. However, you may fall within the protection of the United Nations High Commissioner for Refugees (UNHCR).” While “natural disaster” could mean climate change, the UHNCR states that “climate refugees” may only meet the definition of a refugee and be eligible for the associated protections when the “adverse effects of climate change interact with armed conflict and violence.” The UNHCR expressly does not endorse the term “climate refugee,” but rather “persons displaced in the context of disasters and climate change.” This leaves those displaced by climate change without refugee protection from either USCIS or UNHCR. 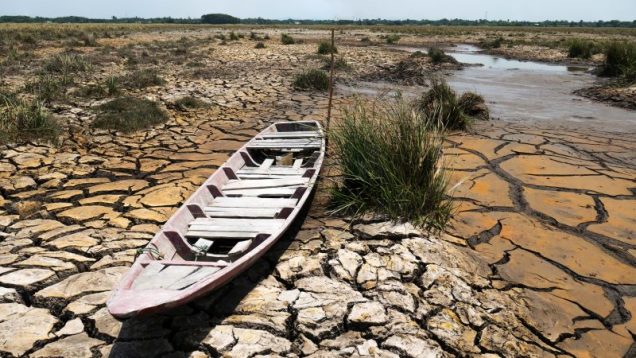 Congress has not frequently passed dramatic changes to U.S. immigration law; arguably, the last major legislation was during the Reagan administration in 1986, when Congress passed the Immigration Reform and Control Act making it a criminal offense for employers to hire undocumented migrants, offering legal status to some undocumented migrants who had been in the U.S. before 1982, and increasing security-based deterrence measures at the southern border. Clearly, this deterrence approach did not work, and each president since then has reckoned with issues of immigration, resulting in disjointed, easy-come-easy-go executive policy made up of executive orders and administrative measures under sitting presidents. Shortly after taking office, President Biden issued an executive order with the goal of starting the process to reorganize the U.S. refugee resettlement program to allow “climate refugees” by ordering an interagency report.  This report highlighted the lack of climate change refugee resettlement channels, but offered the possibility of granting case-by-case parole for climate affected individuals as a short-term solution. Additionally, the report cited measures by other countries, such as humanitarian visas, labor mobility schemes, and education programs or sponsorships accessible to refugees and other forcibly displaced persons, which provide a path to permanent residency. None of these are long-term policy solutions, but rather seek to squeeze climate refugees into existing policy in any way they may fit. Even if the Biden administration does continue these efforts to protect climate refugees, these measures are easily undone by subsequent administrations.

A number of policy options are available to the United States to rectify the absence of protections for climate refugees. In addition to parole or humanitarian visas, the U.S. could, as it has done before, instruct agencies to grant refugee status even when an individual does not strictly meet the definition of a “refugee.” The most common criteria disregarded under these conditions is the requirement that one be outside their country of origin. This adjustment could be very beneficial to climate refugees.  Agencies could also stretch the meaning of existing “persecution” based definitions to somehow include climate change, though this may be limited to situations where drought, natural disaster, and other factors lead to actual conflict.

The most long-term solution would be the first sweeping immigration legislation to be passed since Reagan: a change to the legal definition of a “refugee” set out under the 1952 Immigration and Nationality Act to one that includes climate change, or specifically sets out a definition of “climate refugee.” Such a piece of legislation goes beyond the UN Covenant, so the United States and other UN members currently lack incentives to initiate it, but sadly incentives may change globally as climate refugees grow in numbers due to worsening conditions.

Carly Gillingham anticipates graduating from Boston University School of Law in May 2022.