Wearables and the FDA: Lessons from the COVID-19 Pandemic

When the COVID-19 pandemic upended the entire world in March 2020, many industries were thrown in chaos. With the limitations on capacity in gyms across many states, technologies such as the Apple Watch or Fitbit (collectively called “Wearables”) became increasingly popular. Wearables are devices that track activities and record information about the person’s movements using sensors. Early models had simple uses like counting a user’s steps throughout the day. As the devices became more sophisticated, wearables quickly transformed into powerful tools that could monitor physical activity, sleep patterns, calories burned, and even blood pressure. 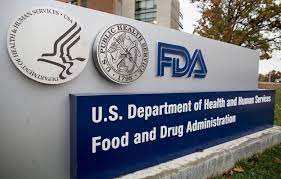 In 1938, Congress passed the Federal Food, Drug, and Cosmetic Act that provided the Food and Drug Administration (“FDA”) the authority to regulate medical devices. According to the Medical Device Regulation Act, the FDA regulates devices based on the potential risk of harm from the device, classifying devices as Class I, Class II, and Class III. Class I devices have a low risk of harm to patients while Class III devices are high risk. As the class of device increases, the FDA imposes more regulatory controls to ensure the device is safe and effective. In 2016, the 21st Century Cures Act (the “Cures Act”) clarified that certain digital software intended for low-risk general wellness purposes should be excluded from the statutory definition of a device. Low-risk general wellness software is defined as software features intended to help consumers maintain or encourage a healthy lifestyle and is not related to the diagnosis or treatment of a disease or condition.

However, a device’s intended use can be hard to define. Intended use refers to the objective aim for the purpose of device. The FDA has a longstanding policy that all relevant evidence can be used to determine intended use including labeling, advertisements, and oral and written statements. However, companies use different marketing tactics, including both general and very specific messaging, to make their devices standout which can leave the intended use of a device up to interpretation.

As the capabilities of wearables increased, the FDA has grappled with how to regulate the new technology. Originally, wearables 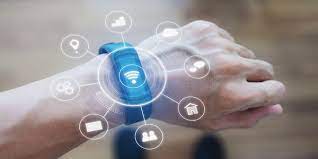 were not considered medical devices unless they made claims about treating specific diseases or conditions. However, as the technology of wearables advanced, the FDA regulated some new features. For instance, Apple released an EKG feature on its watch to detect Atrial Fibrillation. Since it was meant to detect Atrial Fibrillation (an irregular heartbeat), Apple could not classify the feature as a general wellness device and the feature needed to be FDA cleared.

Wearables and the COVID-19 pandemic

In the early days of the COVID-19 pandemic, a N.Y. Times Op-Ed advocated for the general public to use pulse oximeters to monitor their blood oxygen levels in hopes of detecting potential COVID-19 cases earlier. In September, Apple released a new pulse oximeter feature for its watch to allow people to monitor their blood oxygen levels. However, unlike the EKG feature, Apple marketed the new feature as a general wellness device. This allowed Apple to avoid FDA regulation. Any mention by Apple of the device’s ability to detect, diagnose or treat a specific condition or disease would mean that the device is subject to FDA regulation. To avoid being subject to FDA regulation, during the launch video, Apple executives discussed the general importance of pulse oximeters in detecting COVID-19, failing to mention the new feature was not FDA cleared for the purpose of detecting COVID-19.

The FDA should regulate these new wearable features because these new functions are not general wellness low-risk devices. Although Apple did not directly promote the pulse oximeter feature to detect COVID-19, Apple hints that the device can do this despite the lack of FDA clearance or approval.  If the FDA lets this type of marketing go unchecked, they risk a “regulatory arbitrage” where companies design their devices to avoid costly clinical trials to prove safety and efficacy and instead promote devices as purely general wellness devices. Not only is this dangerous to consumers because the devices may not be effective for those purposes, but society may suffer as companies settle for simple devices rather than pushing to invent new technology.

In terms of risk level, the pulse oximeter is not low risk for two reasons. First, the FDA has released guidance documents stating that stand alone pulse oximeters should be classified as a Class II device. As a Class II device, the FDA considers pulse oximeters as medium to moderate risk devices. A feature in the Apple Watch (or other wearables) should not be subject to less regulation simply because it is part of a larger device. Second, the device could affect people’s decision to seek care despite the device’s documented inaccuracy. If the pulse oximeter feature shows normal blood oxygen levels, but in reality, a person has low blood oxygen levels, they might delay seeking care. This delay could have deadly consequences. Additionally, the device could mistakenly show low blood oxygen levels causing additional anxiety and emotional anguish during a period that has been incredibly hard for many people’s mental health.

The FDA’s role is to ensure medical devices on the market are safe and effective. However, some people argue that the FDA unnecessarily slows down products’ ability to enter the market stifling innovation. In this situation, some argue that a potentially helpful device, like the pulse oximeter on the Apple Watch, should reach the market as soon as possible and that market forces are sufficient to regulate new devices. The FDA is exploring this option through the launch of the Digital Health Software Precertification Program. Unlike the current system, the program would certify companies based on their comprehensive development and validation processes rather than focusing on specific products. Although this program would allow the products to get to market quicker, the program is still being evaluated. Until this program is proven effective, the FDA should not cede regulatory power to companies especially during a global pandemic.

Although the FDA could exercise its regulatory power over the wearable industry, a more permanent solution is to update the Food, Drug and Cosmetic Act. Many products on the market, especially in the wearable industry, include different software features that could qualify as medical devices. Our laws regulating medical devices should be updated to reflect this possibility. Congress should clarify that any software feature, whether included in a larger device or not, will be regulated based on its intended uses and risk level to consumers.  Additionally, Congress should codify the FDA’s longstanding policy of using all available evidence and define intended use. This will keep manufacturers of products honest about the capabilities of a feature so they do not market a type of software generally for a specific purpose that it may not be FDA approved or cleared for.

Alex Maulden anticipates graduating from Boston University School of Law in May 2022.