United States v. Safehouse: Could Philadelphia be the First State in the Nation to Implement a Supervised Drug Injection Site?

The opioid epidemic is one of the worst public health crises affecting the United States, and the rate of deaths resulting from opioid overdose has steadily increased. According to the Centers for Disease Control and Prevention, a record high of more than 70,000 people died of a drug overdose in the United States in 2017, and over 47,000 of those deaths were from opioid overdoses. As lawmakers attempt to address this epidemic through public health initiatives , health advocates increasingly recommend using supervised injection sites to curb overdose deaths. Though legal barriers to this in the US exist, a recent District Court ruling in United States v. Safehouse may have paved the way for implementation of the first site of this kind in the US. 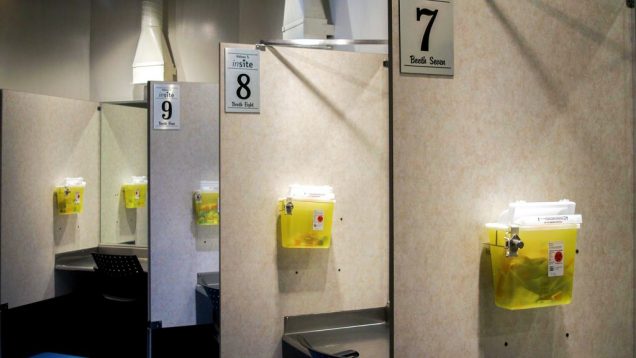 Injection sites provide a space where those using intravenous drugs can inject under the supervision of a medical professional ready to intervene in the event of an overdose, instead of unsupervised use where an overdose is more likely to be deadly.  Supervised injection sites, also called safe injection facilities or safe consumption spaces, are a tertiary preventative public health measure aimed at combating overdose deaths and decreasing public use. In these spaces, injection drug users can self-administer drugs they bring to the facility in a controlled, sanitary environment under medical supervision. The medical personnel on staff at the sites do not directly handle the drugs and are there purely to administer Naloxone, an overdose reversal drug, in case of an overdose.

Despite the growing global presence in Europe, Australia, and Canada, scientific support for safe injection sites, and the interest of several cities, including Philadelphia, Boston, New York, Seattle, and San Francisco it is not entirely certain they can be operated in the United States.  The Controlled Substances Act § 856, which regulates the production, possession, and distribution of controlled substances, makes it a criminal offense to maintain a drug-involved premises. Most academics agree that this “Crack House” Statute forbids safe injection sites and the courts can not definitively decide if safe injection site violate federal law until one is operational.

However, recently these assumptions have been called into question. Safe injection site proponents in many states have been appealing to legislatures and public health officials for funding.  This effort has been largely unsuccessful due to political opposition and the looming threat of a federal lawsuit. In Philadelphia, which has the highest overdose rate of any major US city, a poll found roughly half of Philadelphians support a proposed safe injection site.  Safehouse is a Philadelphia nonprofit that seeks to build the first safe injection site in the nation. In January 2018, Philadelphia health officials gave Safehouse permission to move forward with only private funds—preventing the need for legislative backing and appropriations.

In February 2019, federal prosecutors launched a civil lawsuit asking the U.S. District Court to rule on the legality of the Safehouse supervised consumption site plan, rather than waiting for the site to be built and then bringing federal criminal charges.  U.S. Attorney William McSwain, working with Pennsylvania-based prosecutors, is seeking a declaratory judgment that medically supervised consumption sites per se violate 21 U.S.C § 856(a)(2)— the federal “Crack House” statute. 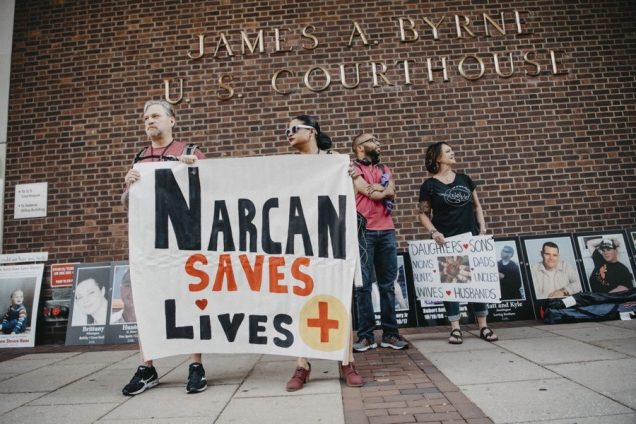 In February 2020, the court issued United States v. Safehouse, ruling that Safehouse’s plan to build a site where people could bring previously obtained drugs and use them under medical supervision for the purpose of combating fatal overdoses does not violate the Controlled Substances Act. Judge McHugh, looking at Congressional intent, ruled that §856 “does not prohibit Safehouse’s proposed medically supervised consumption rooms because Safehouse does not plan to operate them ‘for the purpose of’ unlawful drug use within the meaning of the statute.” McHugh determines that at the time of enacting §856(a), Congress was focused on crack houses, not supervised drug injection sites. Even when amended in 2003, the focus was on “drug-fueled raves.” McHugh found that Congress neither expressly prohibited or authorized injection sites, so if §856(a) did not implicitly prohibit a consumption site, then implicit authorization naturally followed.

The question that the court addresses is whether the statute requires the defendant to know that third parties would enter their premises to consume illicit drugs, or rather that the defendant knowingly held their premises open for the purpose of facilitating illicit drug consumption. Judge McHugh concludes that the actor must “have acted for the proscribed purpose” to violate the statute.  Therefore, the accused under a §856(a)(2) violation must have the purpose of facilitating illegal controlled substance use in the maintenance of a property.

Safehouse is planning “to make a place available for the purposes of reducing the harm of drug use, administering medical care, encouraging drug treatment, and connecting participants with social services.” The district court reasons that because of this, it could not conclude that Safehouse has, as a significant purpose, “the objective of facilitating drug use.”

In the wake of the ruling, U.S. Attorney McSwain announced that “this case is obviously far from over” and it is likely that the federal government will continue to litigate it. It is not unlikely that the Court that may hear this case on appeal disagrees with the District Court’s construction and strikes the legality of a supervised injection site based not on the intent of the person who controls the space, but the intent of the attendee of the site to use illicit drugs at that site, which has been the prevailing opinion up until the point of this ruling.

While the Safehouse case stands for an unexpected legal victory by way of the possibility of a supervised injection site to be opened in the United States, Philadelphia itself may not be the first state in the nation to implement one. The public sentiment in the wake of the decision was largely negative, with the local community being virulently opposed to the idea of a site being opened in the neighborhood from fear of what dangerous circumstances a site might attract. Plans to open the Safehouse site were put on indefinite hold. While proponents of Safehouse won the legal battle, winning over the community seems to be more of uphill battle than anticipated.

At this point in time, the legal position of supervised injection sites in the United States is tentatively positive. States who are looking to introduce this harm reduction initiative, and to be the first in the nation to do so, should take the opportunity to garner support from legislatures and local health care communities. While Philadelphia’s progression seems to be stymied, the District Court’s ruling provides significant legal precedent to ground encouragement for sites to be lobbied for in other states or cities that might not face the same type of community rejection that has prevented the opening of Safehouse.

Zahraa Badat anticipates graduating from Boston University School of Law in May 2021.