Whose Legislation is it, Anyway?

It seems that after every mass shooting, the gun control debate transforms into a discussion about mental illness.  Was the shooter mentally ill? If so, some gun rights advocates will deflect from the issue of gun safety and argue for mental health reform while gun control activists will argue for stricter gun laws–specifically those that make it harder for people with mental illnesses to buy guns. The most recent Las Vegas and Parkland shootings are no different. Despite the copious research suggesting that the existence of a mental illness correlates much more strongly with suicide than it does with interpersonal crimes, mental illness is once again being deemed the culprit. Of note is Speaker Ryan’s call for mental health reform, which he described as a “critical ingredient” in preventing further mass shootings. Ryan was subsequently questioned as to whether he thought repealing the Social Security Rule (a rule that expanded background checks to include Social Security data on people with mental illnesses) was a mistake. When pressed on the issue, Ryan argued that the Obama administration rule was an infringement on Second Amendment rights. President Trump has also advocated more treatment for people with mental illnesses as a solution to gun violence.

Although some federal laws designed to prohibit gun access to citizens with mental illnesses exists, it is 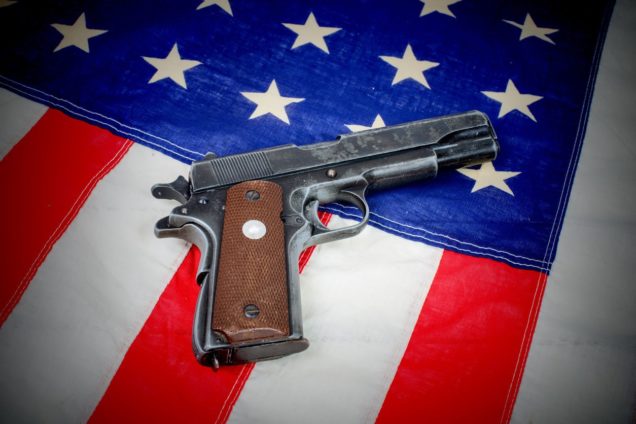 limited and under-enforced. Following the shooting at Virginia Tech, President Bush signed the NICS Improvement Amendments Act of 2007 into law, which attempted to identify individuals who are unqualified to possess guns due to mental illnesses or criminal backgrounds. This law proved to be inadequate; most notably when a mentally ill man, Adam Lanza, killed 20 first grade students and six teachers at Sandy Hook Elementary School in 2012. In response, President Obama proposed the Social Security Rule, which added more mental health records to the national background check system but was removed by Republicans in Congress under the Congressional Review Act in February of 2016.

However, despite this deep division, the issue of gun restrictions for those with mental illness stands as a unique common ground. According to a Pew Research poll from June 2017, 89% of both Republicans and Democrats support restrictions that would prevent people diagnosed with a mental illness from purchasing guns. No other gun policy proposal was found to have the same kind of bipartisan support, though barring gun purchases by people on no-fly lists and background checks for private sales and at gun shows come close.

Even more striking is the support for preventing people with mental illnesses from obtaining guns among gun and non-gun owners. Again, there is wide agreement amongst the two groups: 89% of both gun owners and non-gun owners support this policy proposal. Again, there is no other policy proposal that garners the exact same support amongst gun-owners and non-gun owners. Moreover, 82% of those who say it is more important to protect gun rights rather than control gun ownership actually favor laws that prevent the mentally ill from buying guns, compared with 77% support amongst those who say it is more important to control gun ownership.

Given that the policy restricting access to guns for those with mental illnesses is so widely accepted amongst Democrats and Republicans, gun owners and non-gun owners alike, why don’t we have a more robust policy in place?

One hypothesis is the National Rifle Association’s opposition to this type of gun control proposals and their generous campaign contributions to Republican politicians. In the 2016 election cycle, the NRA gave over $77,000 to the Republican National Committee, and $838,215 to individual federal congressional candidates. In addition, the group spent over $30 million in support of Donald Trump’s presidential campaign, more than any other outside group, according to the Center for Responsive Politics. Opensecrets.com, a campaign finance accountability website, wrote that “[t]his election cycle, the NRA spent more than $52 million—a number that will rise as final campaign finance figures are tallied — to carry on its effort to increase Republican control of government.” In a news article following“The NRA, of course, was among the earliest and staunchest supporters of Trump’s presidential bid. We thank him for his quick action on this measure and look forward to working with him and the pro-gun majorities in Congress to protect Americans’ Second Amendment rights.” Trump responded at the NRA convention in April where he stated “You came through big for me, and I am going to come through for you.”

As it turns out, even NRA members support legislation that prevents those with mental illnesses from purchasing guns. A July 2017 Pew Research poll that controlled for partisanship found that 79% of Republican members of the NRA support this policy proposal. However, NRA members also report a general level of satisfaction with the organization’s political authority. Only 9% of NRA members say that the organization has too much influence over gun laws and about six in ten members say that they are satisfied with the amount of influence that the organization has over gun laws.

Thus, it seems the future for the gun debate may be determined not by the popularity of the ideas proposed, but by the strength of Americans’ allegiance to a very powerful group in Washington. Either that, or these ironies tainting the gun debate remain a mystery.

Jessica Goldman anticipates graduating from Boston University School of Law in May, 2019.