On December 13, 2016, President Barack Obama signed the 21st Century Cures Act into law.  The Act passed the House and the Senate with considerable bipartisan support, a rarity in today’s political climate.  The Act is a sprawling piece of legislation, covering many health care policy areas and appropriating billions of dollars for various causes, research, and organizations.  The main focus of the legislation aims to fund three key initiatives: former Vice President Joe Biden’s “cancer moonshot,” the BRAIN Initiative (a project designed to learn how the brain works on a more complete level); and the Precision Medicine Initiative (a venture to increase the availability of genetic data and streamline its use).  The 21st Century Cures Act devotes nearly $4.8 billion to these projects alone.  Other appropriations include funding to help states combat the ongoing opioid epidemic and reinforcements for the Food and Drug Administration (“FDA”).  The Act passed largely due to an incredible lobbying effort.  More than 1,455 lobbyists representing over 400 organizations advocated for or against the law.  The Pharmaceutical Researchers and Manufacturers of America (“PhRMA”), the pharmaceutical industry trade federation, spent more than $24 million on lobbying related to the legislation.  The 21st Century Cures Act is a piece of omnibus legislation that has far-reaching implications in the health care field.  Despite the Act’s noteworthy bipartisan support, there are a number of vocal opponents to the legislation.  Most of the concerns stemming from the legislation focus on the provisions related to the Food and Drug Administration’s approval of new drugs.

One notable provision (§3022, p.165) of the 21st Century Cures Act that has been the subject of some controversy involves the use of Real World Evidence (“RWE”).  The Act defines RWE vaguely (§3022(b), p. 165), only providing the following: “data regarding the usage, or the potential benefits or risks, of a drug derived from sources other than randomized clinical trials.”   The Act requires the Secretary of the Department of Health and Human Services to develop a program for evaluating the use of real world evidence (“RWE”).  Per the Act (§3022(a)(1-2), p. 165), RWE will now be used to support new indications for drugs already on the market and to fulfill post-marketing study requirements.  While many are optimistic that this provision will assist the FDA in improving the efficiency of the drug approval process, others are concerned about the impact RWE will have on the safety and efficacy of newly approved medications.

Over the past decade, the FDA has trended towards embracing post-market data.  This trend is reflected by 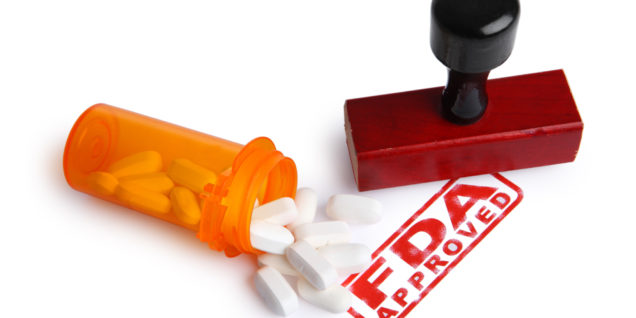 the substantial increase in use of expedited approval pathways. The FDA employs four expedited approval pathways: Fast Track, Breakthrough Therapy, Accelerated Approval, and Priority Review.  A pharmaceutical company must apply for each designation separately, but a single drug may qualify for multiple pathways. The pathways vary but all promote the same goal: “treating serious conditions” or “fill[ing] an unmet medical need.”  Through expedited approval pathways, FDA effectively pushes drugs to market by shortening application review periods, allowing surrogate endpoint clinical trials, and increasing post-market data reliance.  These “shortcuts” increase the number of available drugs with incomplete safety and efficacy profiles by reducing the amount of clinical trial-generated data needed for approval.  Expedited pathways favor therapy availability over absolute safety.  In 2015, the Government Accountability Office found (p. 21) that from 2006 to 2014, 49% of approved new molecular entities utilized at least 1 expedited pathway.  The Report also concluded (p. 18) that FDA reviewed a drug using at least 1 expedited approval pathway in approximately 8.6 months, compared to approximately 12.1 months for drugs without a pathway. As such, expedited approval pathways, supposed to represent an exception for drugs, have practically become the norm.

Coinciding with this rise has been a rise in reported adverse drug reactions (“ADRs” or “adverse events”) from prescription drugs.  The fact that the rise in reliance on these pathways mirrors the rise in ADR reports suggests a correlation.  Mary K. Olson, a professor of economics at Tulane University, examined data on drug approvals from 1990-2001 to determine if there is a direct relationship between expedited approval pathways and adverse events. Olson determined (p.197) that a 2-month reduction in review time results in a 21-23% increase in serious adverse events and a 19-21% increase in adverse event-related deaths and concluded “there is a trade-off between review speed and drug safety.”

Despite the statistics showing a trend toward faster drug approval coinciding with a rise in pharmaceutical-related injuries, speeding up the FDA drug review process remains a focal point in the political landscape.  Patient pressure constitutes the strongest driver of shorter review times.  Patient advocacy groups publicly campaign for wider access to experimental drugs.  These groups reason that patients will accept the risk of side effects in exchange for the hope provided by a new therapy.  Public support also directly affects review times.  A study (p. 59) determined that media coverage and the wealth of patient advocacy groups have a direct relationship with review times. According to the study, in a vacuum, a one standard deviation increase in Washington Post articles on a disease or patient advocacy groups reduces review by 4 to 8 months. Advocacy group wealth has a similar effect: “marginal differences” in resources translates to a 3.5 to 7 month reduction in review time.  Accordingly, the 21st Century Cures Act constitutes a decisive victory for patient advocacy groups.  The legislation intends to streamline the drug approval process, most notably with the introduction of Real World Evidence.

There are a number of clear issues with the use of Real World Evidence.  Under the Act, RWE can come in the form of summary data, departing from the fully recorded and itemized clinical trial data currently used for drug approvals.  The FDA admits that RWE may be useful for drug approval, but most sources of such data are not designed to meet regulatory requirements.  Legislators and the FDA intend for RWE to encompass data such as FitBit readings, which produce data that do not meet the standards governing clinical trials.  As such, despite the potential for beneficial use of RWE, the idea is fraught with complications.

Understandably, critics fear the incorporation and use of RWE poses a threat to the integrity of the drug approval process.  This provision of the 21st Century Cures Act has the potential to lead to public policy built on misinformation.  However, the use of real world evidence could greatly speed the drug approval process and deliver much-needed new medicines to sick and dying Americans.  It remains to be seen what the long-term impact of this legislation will be, but it is an area worth monitoring.