Prescription drug prices are a top cause of increasing U.S. health care costs, with specialty drugs (such as Sovaldi) especially being the culprit for impacting cost trends. Even though specialty drugs constitute less than 1 percent of the total prescriptions, they account for 35 percent of the projected drug cost trend for 2017.  This is a 10-percentage point increase from 2015, when specialty drugs accounted for 25 percent of the projected drug cost trends. In particular, patients, insurance companies, and providers have been closely scrutinizing orphan drugs (pharmaceuticals that target rare diseases and disorders) based on their soaring profitability and recent media exposure. According to EvaluatePharma’s 2015 drug report, 2014’s top selling orphan drug in the U.S. had sales of over $3.65 billion, amounting to $54,780 of average revenue per patient. The average orphan drug costs $111,820, which is over four times pricier than the mainstream drug cost of $23,331. This begs the question – how did orphan drugs become one of the fastest-growing products in the pharmaceutical industry? 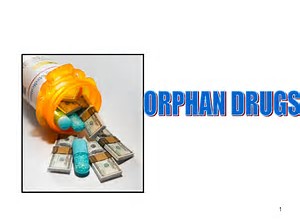 to treat rare or orphan diseases. Historically, pharmaceutical manufacturers did not produce drugs for small patient populations. Over forty years later, the Act has stimulated life-saving treatments for over 25-30 million Americans who suffer from an estimated 7,000 rare diseases, according to the National Institutes of Health.

The FDA established the Office of Orphan Products Development (OOPD) to facilitate the evaluation of developing orphan products through the Orphan Drug Designation program. This program grants special status (orphan designation) to orphan drugs and biologics, which are defined as those aiming to treat diseases/disorders that affect fewer than 200,000 people in the U.S. For a drug to achieve the orphan designation status, both the drug and the rare disease treated must meet certain requirements listed under 21 CFR §316.20 and 316.21. These rare diseases include genetic disorders such as Gaucher disease, cystic fibrosis, certain pediatric cancers, and follicular B-cell non-Hodgkin’s lymphoma.

The OOPD utilizes both “push” and “pull” incentives to promote product development.  The “push” includes grants to subsidize clinical research costs, tax breaks on clinical research costs, and waivers of expensive marketing application fees. The “pull” incentives include market exclusivity for a seven-year period that is broader than for non-orphan drugs; during the exclusivity period, the FDA cannot approve a manufacturer’s application for the same orphan drug as a different manufacturer. However, if a competitor manufacturer demonstrates that their clinical uses of the same orphan drug is superior to that of the original version, the new version is not deemed as the “same drug,” in accordance with CFR 316.3(b)(13)(i),(ii).  Orphan drug patent and market exclusivity adds up approximately 0.8 years more protection against pharmaceutical competition, compared to normal patent exclusivity protections. As such, the combination of broader exclusivity, small patient populations, and higher expected profits have played out favorably for orphan drug manufacturers because they can charge astronomical prices on their products. 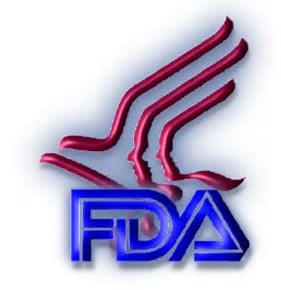 These “push” and “pull” incentives, however, can often lead to manipulation by pharmaceutical companies in an effort to maximize profits and extend their monopolies. According to a recent six-month Kaiser Health News Investigation, a third of orphan drugs approved by the OOPD have been “either for repurposed mass market drugs or drugs that received multiple orphan approvals.”  A 2015 commentary from the American Journal of Clinical Oncology reported that these loopholes have resulted in abuses of the patent system, where “[t]he industry has been gaming the system by slicing and dicing indications so that drugs qualify for lucrative orphan status benefits.” This so-called “salami slicing” technique occurs when mass market drugs, not deemed “true orphans,” are being repurposed towards treating small patient populations in an effort to attain additional FDA approval.  As such, despite the many successes of the Orphan Drug Act, critics are calling for reforms to close loopholes and address escalating prices.

According to Martin Makary, the study’s author and Professor of Surgery at John Hopkins, funding support that was originally designed for rare disease drugs are now being funneled towards blockbuster drug developments.  Off label uses result in drug price inflation that often leads to higher health insurance premiums. Take rituximab, for example, the top-seller orphan drug of 2014, which was originally approved for the treatment of follicular B-cell non-Hodgkin’s lymphoma.  Although the disease affects about 14,000 patients per year, the drug was repurposed to additionally treat rheumatoid arthritis, a more prevalent disease that afflicts over 1.3 million patients. As such, the authors of the 2015 commentary proposed pricing negotiations and implementing clauses to reduce the exclusivity period. These could serve as checks on certain drug products that have exceeded past treating 200,000 people, the Orphan Drug Act’s threshold.

Former Rep. Henry Waxman, co-sponsor for the monumental Hatch-Waxman Act and proponent of the Orphan Drugs Act, had suggested amending the Act back in the 1990s, but those and subsequent efforts at reform have failed. According to Rep. Waxman, “Orphan drugs are orphans no more; they’re very popular. [But], there are pharmaceutical companies that handle their whole business plan to make sure their drug can be categorized as an orphan drug.” His statement sums up the ongoing dilemma and atmosphere of the drug market price gouging.

On February 3, 2017, however, Sen. Chuck Grassley, chairman of the Senate Judiciary Committee, wrote that he had opened an inquiry on the potential manipulation of the Orphan Drug Act.  Sen. Grassley states that he has already contacted staff members of the Senate Health, Education, Labor and Pensions Committee to determine whether the Act’s incentives are truly benefiting the patients it intends to protect. In March 2017, Senators Orrin Hatch (R-Utah), Chuck Grassley (R-Iowa), and Tom Cotton (R-Ark) sent a letter to the U.S. Government Accountability Office, asking for an investigation into this matter.  The Senators raised the possibility that regulatory or legislative changes might be needed “to preserve the intent of this vital law;” giving drug makers incentives to develop drugs for rare diseases.

Amidst federal regulation, several states have been pushing legislation on the monitoring and management of general prescription drug costs. For instance, Vermont recently enacted Act 165, Pharmaceutical Cost Transparency, which requires the state to annually identify up to 15 state purchased prescription drugs on which significant health care dollars have been spent, as well as require drug manufacturers to disclose wholesale acquisition costs.  Other states, such as Louisiana, Massachusetts, Minnesota, and New York, have proposed bills with similar disclosure requirements.  As such, the current trend towards drug price transparency legislation could provide potential solutions towards curtailing the escalating orphan drug pricings.

With the recent state legislative proposals and a potentially informative Senate inquiry, the spotlight remains on drug manufacturers to explain their salami-slicing, repurposing tactics on orphan designation.

Monica Chou will graduate from Boston University School of Law in 2018 and hopes to practice Health Law.