Continuing Responses to 9/11: The Price of Justice

On September 28th, 2016 Congress voted in favor of the first veto override during Obama’s presidency. The bill at issue was the Justice Against Sponsors of Terrorism Act (JASTA), a very controversial piece of legislation that received massive support in both the House and Senate but was adamantly opposed to by the Administration. Prior to JASTA becoming law, victims of terror attacks and their families could only bring suit against a foreign nation if the U.S. Department of State had designated that nation as a state sponsor of terrorism and the specific attack was aided by the government. Currently, there are only three nations subject to lawsuits as state sponsors of terrorism: Iran, Sudan, and Syria. JASTA severely limits the scope of sovereign immunity and expands the liability of foreign nations for terrorist attacks. 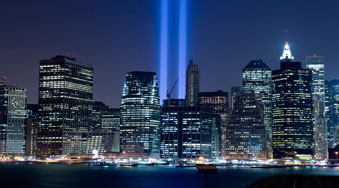 Under JASTA, United States federal courts will now have jurisdiction over civil matters that are brought by United States citizens against foreign nations for claims of injury to person or property that occur inside of the United States as a result of either (1) an intentional act of terrorism or (2) a tortious act by a foreign state, or any official of that foreign state while acting within the scope of his or her office regardless of where the act occurred. The bill also imposes liability on any person who conspires to commit or knowingly aids and abets an act of international terrorism committed by a designated terrorist organization. While JASTA does authorize the Department of Justice to grant a stay if the United States is engaged in good-faith discussions with the foreign nation to resolve the claims, former President Obama was concerned by the serious potential consequences of the bill.

The first of these concerns was that such a bill will reduce the effectiveness of a United States response to an indication that a foreign state has supported acts of terrorism. Litigation brought under this act will effectively remove the matter from the hands of national security and foreign policy professionals and place these consequential foreign affairs decisions in the hands of private litigants. In these matters, the President is meant to be the sole representative of the United States to give a strong unified voice for the nation. If a foreign state acted in a way so as to provide support to terrorist organizations which were harming United States citizens, then a unified response by the United States designating that nation as a state sponsor of terrorism would be warranted and would carry many more consequences than being sued under this new law.

The most obvious effect of JASTA, and the driving force behind the creation of this legislation, is to allow the victims of the September 11th attacks to bring suit against the government of Saudi Arabia, a country that some believe supported the terrorist organization responsible. The reason for this belief stems from the fact that fifteen of the nineteen September 11th hijackers were Saudi citizens, although neither the 9/11 Commission Report or the 2014 FBI Report on the Commission and new findings found any connection to the government of Saudi Arabia. The United States has an ongoing relationship with the Kingdom and the revocation of sovereign immunity will result in strained and potentially hostile relations in the future. Before the bill was passed, the foreign minister of Saudi Arabia, Adel al-Jubeir, warned that if JASTA was passed, the Kingdom would sell off approximately $750 billion held in United States treasury securities and other assets to avoid having it seized by American courts. Such an action could have drastic destabilizing effects in the global financial market but could also be equally as detrimental to Saudi Arabia. For this reason, it is unlikely that they will follow through with this threat since continued cooperation is needed by both nations. Some scholars believe that a more probable act of retaliation will come in the counterterrorism field, opening Americans up to greater physical danger.

The second concern raised by former President Obama was the high likelihood of reciprocal laws being enacted by other nations. The United States is the largest beneficiary of sovereign immunity since it has a greater international presence than any other nation. Revoking the sovereign immunity of other countries will undoubtedly lead to similar actions by foreign nations toward the United States, subjecting the nation to foreign court proceedings. The end of internationally recognized and respected sovereign immunity in these cases will result in suits against the United States which could lead to government assets being seized abroad, a particularly attractive idea for foreign nations given the United States’s financial backing. This concern was somewhat validated when French Parliament member, Pierre Lellouche, said that he would pursue legislation allowing French citizens to bring lawsuits against the United States for cause after the passage of JASTA.

The third concern raised was the potential for complicating the United States’ relationships with one of our closest of allies. Allowing litigation by United States citizens to be brought against our allied nations could enable wide-ranging discovery demands, which could lead to a breakdown in the amount of cooperation the United States receives in the future. A very possible response is the foreign nation limiting their cooperation on national security issues at a time when the United States needs to be building and strengthening alliances more than ever.

While the House and Senate approved this bill with a large majority, a fact that former President Obama believed resulted from a desire not to vote against a 9/11 bill so soon before an election, several members of Congress have already begun to voice concern about the unintended consequences of the legislation. While no firm plans have been laid down, there has been talk in Congress of the need for further discussion on the matter and potential amendments to the new bill to address some of the newly recognized potential consequences. With the prevalence of terror attacks in today’s society and the speed with which lawsuits are being filed, there is no doubt that if Congress hopes to prevent any of the unintended consequences from being realized they must act quickly.

The unintended consequences of this bill began to arise almost immediately. Anti-Israel activists have already begun using JASTA to sue the Israeli government, claiming that it has committed war crimes, genocide, and ethnic cleansing against Arabs living in the West Bank. The complaint argues that “[b]y promoting, participating in, or funding international terrorism, all defendants have also violated the recently enacted statute known as Justice Against Sponsors of Terrorist Act.” Several individuals recently appointed to President Trump’s administration are singled out by these claims. The complaint alleges that David Friedman, a lawyer chosen by President Trump as U.S. ambassador to Israel, sends $2.2 million to settlers of Bet El every year and has funded Israeli settlements since 1977. Friedman is also president of American Friends of Bet El Institutions, a co-defendant in this action. The Kushner Family Foundation is yet another defendant with close ties to the Trump administration that is claimed to have violated federal law. This claim is merely the beginning of similar actions taken against foreign nations under the broad scope of JASTA.

There have been some reports that Saudi Arabia was using an intermediary named Qorvis to deceive United States veterans and convince them to lobby for an amendment to JASTA that would limit the scope of liability to those nations that “knowingly” support terrorist organizations. These claims have spread through many lesser known news sources but remain unsubstantiated and have gone unmentioned among mainstream media. It does not appear that Saudi Arabia has taken any action in response to the passing of JASTA at this point despite the numerous threats.

The Wall Street Journal reported last March that Saudi Arabia’s energy minister Khalid al-Falih said his government was “not happy” about the law, but believes that after “due consideration by the new Congress and the new administration, that corrective measures will be taken.” Whether the Trump Administration will have more influence over Congress than the Obama Administration on this issue is a significant foreign policy question.

Alexandra Raymond is from Vergennes, Vermont and graduated from New York University in 2014 with a B.A. in Sociology and Law & Society. She is expected to earn her Juris Doctor from Boston University School of Law in 2018. Alexandra will be working for an investment management firm in Boston during the summer of 2017 and will then spend her next semester studying international law at Leiden Law School in the Netherlands. Upon graduation, Alexandra hopes to pursue a career that allows her to explore her interests in business, social justice, and international law.