Legislating a Disaster: Congressional and Tribal Responses to the Gold King Mine Spill

On August 5, the Animas River in La Plata County, Colorado suddenly turned a bright and unnatural shade of orange as an estimated three million gallons of toxic wastewater spilled from the abandoned Gold King Mine. Local, State, and Tribal governments scrambled to react as the wastewater brought a sudden spike in levels of arsenic, lead, and other dangerous metals. In response to the spill, access to the river has been closed indefinitely and three states (Colorado, New Mexico, and Utah) and two tribes (The Navajo Nation and the Southern Ute Tribe) have declared states of emergency. The wastewater spill—a result of heavy machinery usage near the mine—was ironically caused when Missouri-based EPA contractor Environmental Restoration LLC accidentally breached the mine during an attempted clean-up effort. The spill has not only caused a potentially devastating environmental impact, and put strain on already limited water resources, but also stands to curb tourism, one of the area’s largest economic sectors after the closure of the area’s once profitable mines. Acting to address the crisis, bills have been filed in the House and the Senate, which seek to hold the EPA responsible for costs and harm related to the spill. Additionally, Navajo Councilman Jonathan Hale has filed a tribal bill asking the Navajo Nation to formally adopt a resolution asking the United States President to hold the EPA responsible for the negative impacts of the spill on the Navajo Nation.
The Gold King Mine Spill Recovery Act of 2015:

In response to the ongoing Gold King Mine crisis, Senator Tom Udall (D-NM), along with Senator Martin Heinrich (D-NM) and Senator Michael Bennet (D-CO), introduced S.2063, the Gold King Mine Spill Recovery Act of 2015, on September 22. The bill would impose liability for “any damage to, or loss of, property, or a personal injury or death” under the Federal Torts Claims Act (“FTCA”) for any “injured person,” defined as any individual, tribe, state, business, or other non-Federal entity that suffered injury as a result of the Gold King Mine spill.  The bill defines allowable damages under the FTCA as instances of property, business, and financial loss.  The bill also waives the maximum amount limitation for FTCA claims related to the Gold King Mine spill and empowers the Administrator of the EPA to provide compensation for an FTCA claim related to the Gold King Mine spill in an amount greater than $25,000 without prior written approval of the Attorney General.  The bill further instructs the EPA to create the Gold King Mine Spill Response Program, which includes monitoring and disclosure requirements related to the rivers effected by the Gold King Mine Spill.  Finally, the bill would amend Title I of the Comprehensive Environmental Response, Compensation, and Liability Act of 1980 to address mining related issues by instructing the agencies in charge of aspects of the bill to assess and develop plans related to potentially dangerous mine sites and to disclose to potentially affected states, towns, and tribes before engaging in certain activities that could result in hazardous material discharge. S.2063 is currently pending before the Senate Judiciary Committee.

On September 24, Representative Ben Ray Lujan (D-NM), along with four co-sponsors from New Mexico and Colorado, introduced a bill substantively similar to S.2063 in the House. H.R. 3602 is currently pending before the House Judiciary Committee’s Subcommittee on the Constitution and Civil Justice.
Navajo Nation Bill:

In addition to Congress’s bills, the Navajo Nation is also considering legislation to address the Gold King Mine spill. Delegate Jonathan Hale, chair of the Navajo Council’s Health, Education, and 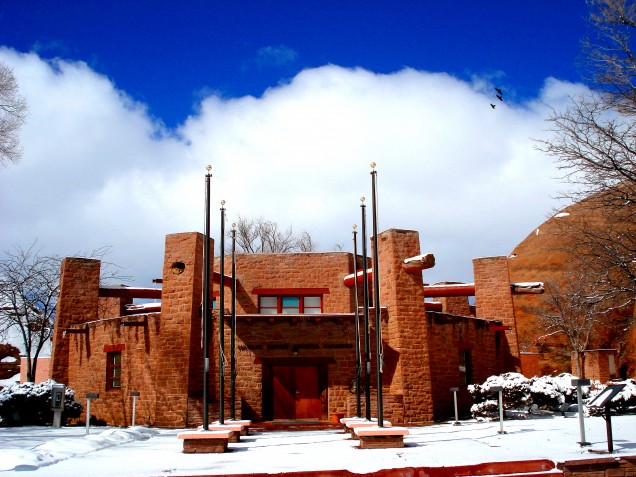 Human Services Committee, has filed a bill before the Navajo Nation Council, requesting that the Navajo Nation formally resolve to urge the President of the United States to hold the EPA accountable for their negligence.  Legislation 0326-15’s background cites both the immediate harms that Navajo Nation citizens have suffered—including some Navajo citizens having to haul water hundreds of miles to avoid drinking from potentially contaminated sources on the reservation—and the uncertainty surrounding potential future harms that could serve to cause ongoing harm to the Navajo people and government for years. The bill also stresses the importance of the government-to-government relations between the US and tribal governments and the trust relationship and fiduciary duties created by the Treaty of 1849 and the Treaty of 1868. While passing this bill would not substantively change Navajo policy, it would create a strong statement from the legislative branch of Navajo government that the Nation believes the United States should accept full responsibility for the negative effects their negligence has imposed on the Navajo government and people.  This bill follows other emergency legislation introduced to the Navajo Council, requesting that over a million dollars be allocated to monitoring and research related to the Gold King Mine spill.

Given the realities of election-year politics, action on the Congressional bills will likely be slow; if it happens at all. However, given the high-profile nature of the spill, it is possible that the efforts to aid the effected parties could gain traction.  Notable is the close coordination between the House and the Senate on the Gold King Mine Spill Recovery Act.  While the bills are certain to be changed during the committee process, when introduced both the House and the Senate versions of the bill were nearly identical, with only minor punctuation and word-substitution differences.  Further, while the Navajo bill would not actually change any Navajo policy, an officially legislated call on President Obama to have the US government accept responsibility for the harm the EPA negligently caused on the Navajo Nation would be a strong show of political pressure.  Due to the widespread harm caused by the spill, it is clear Congress needs to act.  Without decisive Congressional action, cleanup efforts will be slow and litigation could drag on for years, if not decades.  Additionally, while the Navajo Nation is currently limiting their approach to essentially shaming Congress into action, they should consider a more substantive push.  The Navajo Nation may have openings to sue the government, and even barring that may find other more forceful approaches to ensuring their citizens are protected from the effects of the spill.  While the Navajo government has devoted one million dollars to study the spill’s effects, this may fall short of actual research needs—not to mention the expensive clean-up costs.  While progress remains slow for now, decisive action is needed.

For the latest information on the House and Senate bills be sure to follow their development on www.congress.gov and for the latest on Navajo Nation legislation visit http://www.navajonationcouncil.org/legislation.html.

Tyler L. Spunaugle is from Miami, Oklahoma and graduated from Dartmouth College majoring in both Philosophy and Native American Studies. Tyler is scheduled to graduate from Boston University with a Juris Doctor in Spring 2016, with active participation in two of BU’s clinics. After graduation, Tyler will be working as a staff attorney for the Government Accountability Office in Washington, DC.