But Do They Have Standing? The House and the ACA

Over the last year a considerable amount of ink and column inches have been spent on the House of Representatives of the United States’ (the House) lawsuit over President Obama’s decision do delay enforcing portions of the Affordable Care Act (ACA). At least a portion of that ink was spent on the absurdity of a lawsuit to enforce a provision of a law that the Speaker reportedly hates that the House has voted to repeal multiple times. But additional tweets, posts, and columns were dedicated to the more concrete legal question in the suit: Does the House of Representatives have standing to sue the President for failure to enforce the law? Or, is the Speaker wasting valuable taxpayers money as well as judicial and administrative resources on a political stunt.

After it appeared the suit might go away because the plaintiff lacked council, it appears that an initial 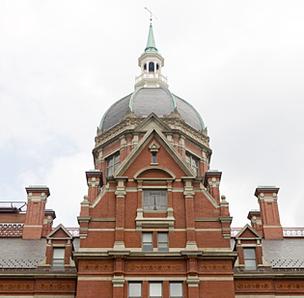 resolution to the question of the House’s standing may be in the works. The Administration has filed a motion to dismiss the suit based on the plaintiffs’ lack of standing.  Both sides have summited briefs in support of their position and District Court Judge Rosemary M. Collyer held a motion hearing for May 28, 2015.  Soon we will find out at least initially if the House has standing to sue the Administration.

If you are not a law student, lawyer, or a political junkie you probably have two questions. One, what is the House suing the Administration for and two what is standing? The two questions are actually significantly intertwined. First standing is the term that federal courts used to describe who is able to bring a suit before them by determining what constitutes a case or a controversy. The constitution only permits federal courts to hear “cases and controversies.” Absent a case or controversy federal courts lack the power to decide the issues of a case.

Typically standing requires first that the plaintiff suffers a particularized injury-in-fact, not a generalized grievance suffered by everyone. Second, that the injury must be “fairly traceable to the defendant’s allegedly unlawful conduct.” Finally, the injury must be redressable by the relief requested by the plaintiff.  However, the Supreme Court has allowed members of legislatures to also assert special institutional injuries, if the challenged action amounts to the nullification of a their vote. The Court articulated the standard in Raines v. Byrd. In Raines Members of Congress filed a suit challenging the constitutionality of the recently enacted line item veto. The Court found that the injury did not amount to vote nullification, but in doing so described what would count as such nullify a law or appropriation that has been properly enacted or the enforcement of a law that has been improperly enacted. The Court also gave significant weight Members in Raines retained their legislative power and could repeal the act in question if they had the political support.

In the suit pending before the Judge Collyer the House asserts that the Administration’s decision to delay enforcing the employer mandate portion of the ACA, and the manner in which the Administration provided for cost sharing reductions under the ACA has injured the House itself. The House’s complaint alleges  “[t]he actions of the defendants… injure the House by, among other things, usurping its Article I legislative authority.” This very deftly is an attempt to avoid normal standing requirement by asserting the special type of institutional injury the Court recognized in Raines. However, like the plaintiffs in Raines the House’s alleged injury falls short of the threshold of vote nullification.

Administration has done nothing to nullify a congressional vote under the standard articulated in Raines.  As the Court described in vote nullification is a very specific institutional injury. The House seeks to extend this narrow injury to any administration of the law with which it disagrees. This would not only be a massive expansion of what constitutes and injury for standing, but would ultimately endanger the Presidents authority to administer the law under the Article II take care clause.

The House also maintains the same type of legislative remedies that the plaintiffs in Raines had at their disposal. In fact, because in this action the House itself is the plaintiff rather than a small collection of members in Raines it maintains functionally more substantial legislative remedies. Article I provides Congress with the ability to enact legislation, the power to control appropriations, and in the most extreme cases to bring official charges of impeachment. Any and all of these powers provide an avenue for redress that is more appropriate than involving the court system. In fact the House has utilized its legislative power to try to repeal the ACA and restrict funding for the administration of the law. The only legislative power the Speaker Boherner is unwilling to pursue is impeachment, not because the House has cannot do so, but because of the political consequences.

The House’s argument for standing also seems to rely on an assumption that if it is not granted standing then the constitutional dispute “must be resolved by the fortunes of politics.”  The relative merits of political or judicial resolution of constitutional issues notwithstanding (that would take another blog post to tackle… or an entire book), this argument relies on two incorrect assumptions; that private parties lack standing to challenge the action and that the requirements of standing can be waived by courts in the interest of public policy. Neither of these assumptions is true.

It is easy to imagine how another party having standing to challenge the Administrations actions. Any person whose employer has chosen not to provide health insurance to her would have standing.  This uninsured individual would have to show that their employer’s decision not to offer health insurance was caused by the Administration’s failure to enforce the penalty. While this may be a difficult case to prove, it is completely conceptually possible and perhaps even likely to happen in the future.

It is extremely difficult for Congress to ever meet standing requirements, and the House has almost certainly not met them in this lawsuit.  The entire endeavor has been a phenomenal waste of taxpayer money, judicial resources, and all of the time and ink that we have spent covering it. But maybe that was the House’s intention all along; grabbing favorable newspaper headlines not judicial decisions.

Timothy Murphy anticipates graduating from Boston University School of Law in May 2016 with a concentration in Health Law.