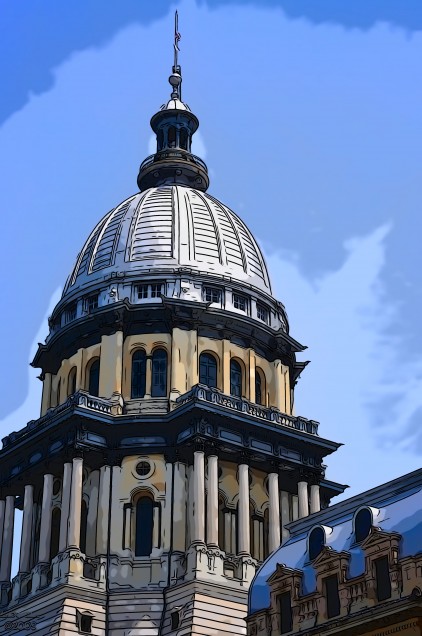 The Illinois State Constitution, however, includes specific pension provisions for public employees; Article 13, Section 5 describes the pensions in Illinois as a binding contract “which shall not be diminished or impaired.”

Various employee groups, retirees, and unions challenged the Act by asserting their constitutional rights. The Illinois Retired Teachers Association sued first in December, 2013, with a labor coalition named We Are One joining in the litigation a month later. The labor coalition boasted over 621,000 members, including: the Service Employees International Union (SEIU) Local 73, the Illinois AFL-CIO, the Illinois Federation of Teachers, the Illinois Nurses Association, the Illinois Police Benevolent and Protective Association, the Associated Fire Fighters of Illinois, and others. The We Are One complaint asserted that the Act violated the Illinois Constitution’s Pensions Clause and resulted in “an unconstitutional diminishment and impairment of the pension amount a member receives,” as well as violations of the Constitution’s Contracts Clause and Takings Clause.