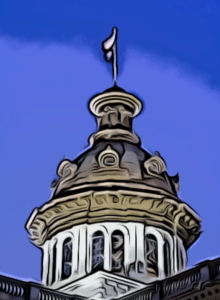 The Affordable Care Act should have been a win. It is an important bill with a pressing human rights agenda: to make healthcare available to all despite economic status. It was a bill full of promise and hope. It could advance our country and our political landscape. It could free our healthcare system from the tyranny of insurance companies. It could display to the rest of the world that we are progressive human beings and not merely capitalists bent on increasing our economic superiority at the cost of our own citizens. It was Obama’s signature bill, and a rare realization of lofty campaign promises. Then came Halbig v. Burwell, and all that optimism pretty much went down the drain. Instead of fulfilling its constitutionally prescribed role as objective arbiter, the D.C. Circuit Court displayed a galling about of political acumen, jumping headfirst into the ideological warfare of the capital.

Under the Affordable Care Act (the “ACA”), the health care system in America was restructured and transformed. All Americans were, for the first time, promised health care coverage despite socio-economic status or other restrictions, such as pre-existing conditions. Insurance companies no longer had unbridled power to determine who had access to coverage and, therefore, who could receive affordable medical assistance. Instead, individual citizens could secure medical insurance through government-established insurance exchanges. By offering subsidized insurance to those beneath a certain economic threshold, these exchanges attempted to deliver on the ACA’s promise to provide insurance to those who previously could not afford to purchase it.

Such subsidies are essential to the overall success of the ACA, as they form one of the three foundational pegs upon which the ACA was built. These three core aspects of the ACA are: (1) a requirement that insurance companies stop denying coverage to those with pre-existing conditions; (2) the individual mandate, which requires all Americans to receive health insurance through either a private company or a government exchange; and (3) subsidies to make insurance affordable to those who otherwise could not afford it. Without any one of these parts, the ACA would crumble. The system works like this: in order to insure that insurance companies give insurance to those with pre-existing conditions without charging them more than their healthy counterparts, those healthy individuals must be induced to purchase coverage through the individual mandate, and a subsidy must be granted to assist lower-income individuals upon whom the individual mandate could be a hardship. The ACA will, therefore, collapse upon itself if subsidies are not granted to low income individuals.

Of course, the ACA was destined to be politicized. The current DC climate is hyperbolically divided. The difficult reality is that there is no room on the Hill for idealist legislation. All that currently matters in Washington is the civil war between republicans and democrats. The real problem arose when republicans decided to strike against the ACA through the judicial system, thereby highlighting how much our supposedly objective system of justice truly acts as a political arm of the other, stronger branches of government. Halbig v. Burwell perfectly represents the depressing state of the modern court: big-name cases aren’t decided on the strength of the issues but are predestined for a particular verdict based on the current political landscape and the personal beliefs of the judges hearing the case. Was anyone really surprised when a three-judge panel comprised of two conservatives and one liberal released a 2-1 decision practically crippling the ACA? How could they be?

To be fair, the legislative interpretation held forth by Judges Griffith and Randolph isn’t entirely ridiculous. The plain text of the ACA does seem to draw a distinction between insurance exchanges established by the state and those created instead by the federal government, and the provision concerning subsidies could therefore only refer to those insurances established by the states themselves. My difficulty with this reading of the ACA lies with the very foundation of textualism (a pretty purely conservative form of statutory interpretation) and the ways in which it contradicts the responsibilities I feel courts have when examining a piece of legislation.

First, here are some things judges shouldn’t do: interpret a statute based on their own political beliefs; cherry-pick whatever method of statutory interpretation that gives them the result they want; read a statute in a way that blatantly contradicts the legislature’s purpose for passing it.

And some things judges should do: interpret a statute in a truly objective manner; consistently use one form of statutory interpretation, preferably not strict textualism; read a statute in the way that is most consistent with the legislative intent while also carefully considering whether the statute violates the Constitution (a side issue which deserves a blog post of its own: the absurd inanity of the doctrine of constitutional avoidance).

Looked at with these standards in mind, Halbig v. Burwell is almost a complete disaster. Through Halbig, the D.C. Circuit managed not only to condone but also embrace the idea that courts are political weapons. They aren’t fooling anybody with their textualist jargon because textualism itself is little more than a smokescreen for the conservative agenda. If the judicial system operated as a truly objective body, Halbig would read as a very different opinion (indeed, it would read instead as the much preferable King v. Burwell, decided mere hours after Halbig). I reiterate: courts should serve as impartial bodies that ensure statutes are executed in accordance with legislative purpose without violating the Constitution. Halbig, therefore, is a slam-dunk for the government. The entirety of the ACA crumbles if federally established exchanges cannot grant subsidies. Congress knew this when it drafted the statute. The D.C. Circuit judges knew this when they heard the case. It is indisputable that finding against the government is effectively vetoing the ACA, and it is unacceptable for a court to possess this sort of power, particularly a court that feigns objectivity and political insulation.

My proposed solution is simple. Cases such as Halbig should be decided by examining the history around the statute as well as the purpose of the bill. There is a lot of commentary on the slippery nature of legislative history and the theoretical problems identifying legislative purpose, but all of this criticism misses the point. Even with its complications, purposivism is the best method of statutory interpretation because it leaves the political act of legislating with Congress and away from the judicial branch, which has no business making policy decisions masked as adjudicative ones. Particularly in Halbig, there can be no doubt as to the legislative purpose, so why are we allowing our judges to pretend otherwise and violate their duties and responsibilities with thinly veiled acts of partisanship? Why do we insist on having faith in our highest courts to objectively reach fair decisions when they continuously prove unable to separate their political minds from their professional responsibilities?

Thanks to Halbig v. Burwell and analogous cases, the ACA is no longer a piece of legislation aimed at solving a social problem. It is a victim of the war between conservatives and liberals, and a symbol of just how degraded and deranged our entire national political system has become. The courts, which have the unique power to elevate legal discussion in this country above mere ideological rabble, have abandoned us to the politicians. Worse still, our most powerful and trusted judges have shown themselves to be nothing but politicians themselves. Wrongfully decided decisions like Halbig are found in all levels of the federal judicial system, all the way up to the Supreme Court (you need only look at a Scalia opinion to see how easy it is to forward the conservative agenda through textualism). We need to stop kidding ourselves that the judicial branch is anything more than a useful tool of the legislative and executive branches, a tool they use to re-fight battles they already lost on the floor of Congress.

When the D.C. Circuit rehears Halbig en banc, it has an opportunity to remedy its earlier mistake and uphold the ACA. I hope it does. This isn’t because I’m a liberal who supports the ideals behind the ACA but because I recognize the importance of letting our legislative body legislate without interference by the judicial branch. Judges promise to uphold the law, not to destroy it, and it’s about time they lived up to their promise.

Alex Forney is from Myrtle Beach, South Carolina and graduated from Brown University with a major in English literature.  He anticipates graduating from Boston University School of Law with a Juris Doctor in Spring 2016.  During Summer 2015, Alex will work for Ropes & Gray where he plans to focus on representing businesses in general commercial litigation.