That’s according to the latest Media and Technology Survey from Boston University’s College of Communication conducted by Ipsos, which asked Americans whether the owners of social media networks should be allowed to ban journalists who post information that the owners of the networks don’t like. Only 21% agreed with such a move, while 46% disagreed and 33% neither agreed or disagreed.

Letter from the Director: December 2022

Given the University’s commitment to involving students in research, the CRC once again had a busy semester in facilitating fellows’ efforts to recruit students as research participants via our SONA research participant management system. The SONA pool gives students an opportunity to become involved with various research activities across COM while earning course credit for doing so. This semester, 17 studies were conducted, recruiting students from 26 different COM courses to participate in 24 research opportunities. 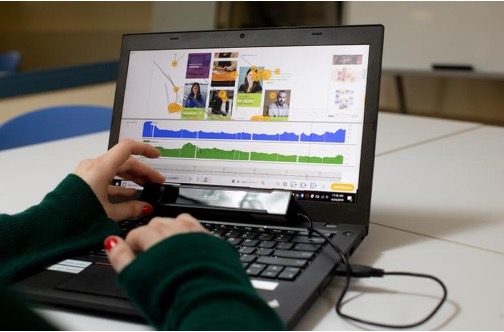 Our fellows have also been using the CRC’s biometric technology which includes devices for measuring heart rate, sweat levels in the skin, and eye movements. Our Lab and Research Manager, Lindsy Goldberg, has been certified by iMotions on use of this technology and has hosted numerous classes and individual students for demonstrations of our iMotions equipment. She has offered workshops on biometrics in media effects research with specific modules on galvanic skin response, facial expression analysis, and eye tracking. A quick primer on demystifying biometrics is available here.

With the assistance of Master Lecturer Anne Danehy, the CRC continued its Media and Technology Survey highlighting the expertise of several of our fellows. The questions were administered by Ipsos, the market research company, using their eNation Omnibus, a nationally representative online survey that measures attitudes and opinions of 1,000 adults across the United States. We fielded one survey about artificial intelligence in the workplace, led by Dr. James E. Katz along with two PhD students, Ekaterina “Katya” Novozhilova and Dongpeng Huang. The other survey involved public perceptions of climate change, led by Dr. Arunima Krishna and Dr. Chris Wells.

The CRC hosted numerous events this fall. Our Colloquium Series, which originated in 2009, consists of monthly research presentations that highlight current and original research of faculty in COM. Our Fall Colloquium Speakers were Dr. Patrice Oppliger (September) and Dr. Charlotte Howell (October). Every semester, the CRC also invites a distinguished scholar from outside the university to share their outstanding scholarship, expertise, and experience with the BU community. Our Fall 2022 DeFleur Distinguished Lecturer was Dr. Sarah Banet-Weiser (University of Pennsylvania).  The CRC also co-sponsored a panel with COM’s Career Services on Careers in Communication Research. The panel included COM alumni discussing their current research jobs and offered tips to students about how to enter the burgeoning field of communication research.

I am incredibly grateful for the commitment and hard work of our staff this fall. Lindsy has been nothing short of outstanding in managing the CRC. She has been involved in every aspect of upkeeping the center, offering workshops on our technologies, overseeing technology and facility reservations, promoting the news and accomplishments of the CRC research fellows and our lecture series, overseeing the creation of this fall’s newsletter, and much more. Sadly, we are saying goodbye to our longtime graduate assistant, Jenna Vigre as she completes her MS in Advertising this semester. She has been a tremendous asset to the CRC with her creative design skills and assistance in promoting and administering our events. We wish you the best, Jenna, as you embark upon your professional career!

Finally, I will be on a much-anticipated research sabbatical in the Spring 2023 semester. The CRC will be in the very capable hands of Interim Director, Dr. Michael Elasmar, with Lindsy continuing as Lab and Research Manager. I will return as CRC Director in the fall of 2023.

I wish you all a joyous and restful holiday season.

Most Americans believe companies can make a difference in combating climate change, and they want to buy from and work for those companies that try, according to the latest Media & Technology Survey from Boston University’s College of Communication and Ipsos.

Letter from the Director: October 2022 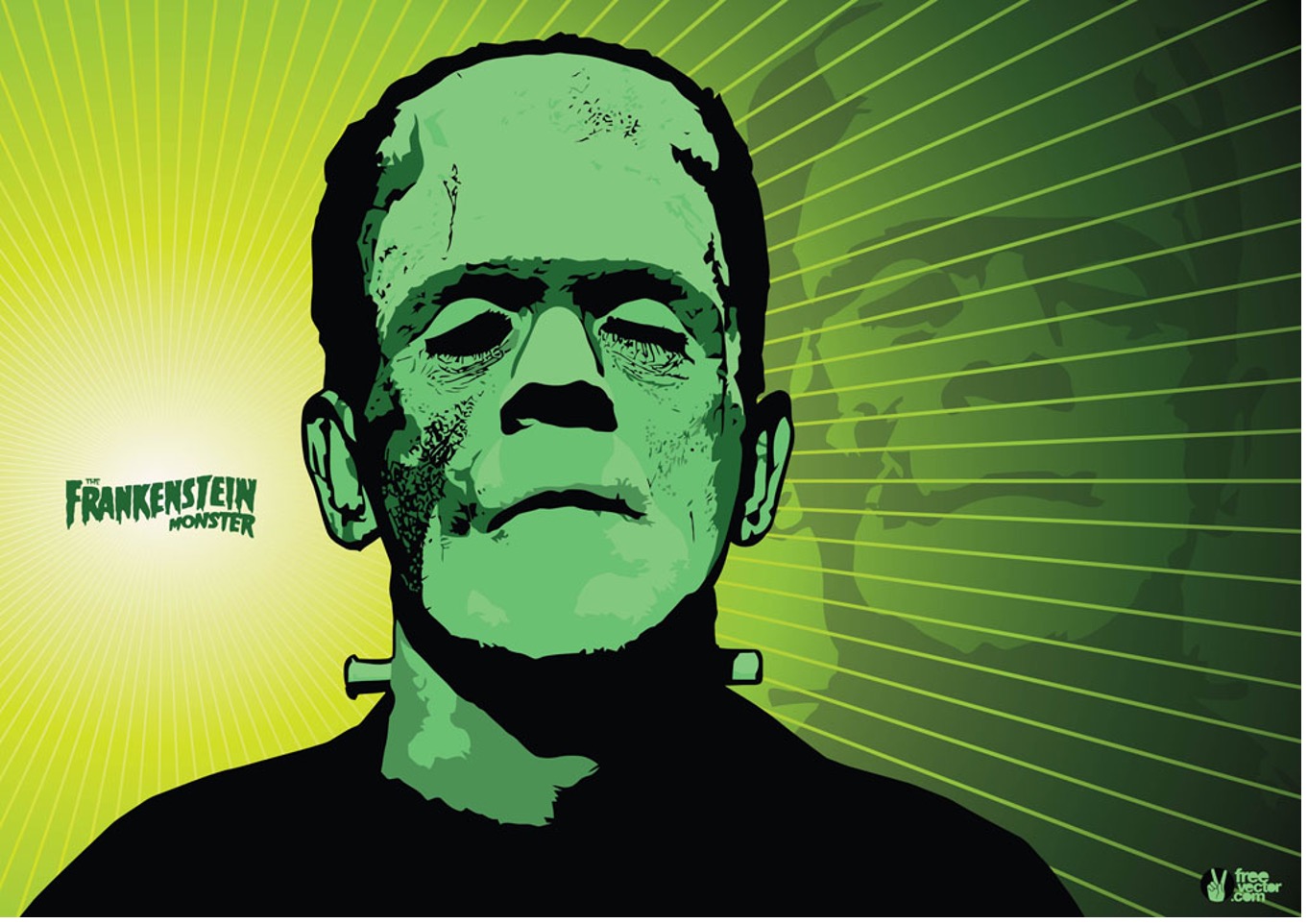 AI: Cause to Rejoice or Frankenstein-like Foreboding?

Artificial intelligence (or AI) has moved from science fiction to mainstream computer science. No longer is it simply the lore of Frankenstein-like creations but rather something that people use in their everyday lives. For instance, web searches using Google rely upon AI. So do the recommendation systems in Netflix and Spotify. If we command Siri or Alexa to do something for us, it is AI that allows them to understand our speech.

As AI advances, the possibilities of its partnering with humans on everyday tasks or even outright replacing humans are becoming increasingly realistic (e.g. self-driving cars). A recent COM Media & Technology Survey examined how the American public feels about AI replacing humans in certain professions. To gain a better understanding of what AI is and what the survey results reveal, I’ve turned to CRC fellows from our Division of Emerging Media Studies. Dr. James Katz is the Feld Professor of Emerging Media and Director of the Division. Ekaterina “Katya” Novozhilova and Dongpeng Huang are PhD students with research interests in AI.

When I asked what AI is, and why it is of interest to communication researchers, Katz explained:

AI is designed to do things that people can do, only much faster and also has its own kind of creativity and learning activities. As such it has the potential to transform society, and therefore is of interest to those of us who study society and its communication processes.

For Novozhilova, AI systems have become frequent human interlocutors. “From children talking with Siri/Alexa to the use of chatbots in therapy by teenagers and adults to the interaction with social robots in senior citizens' homes -- AI might become our lifetime conversational partner,” she said.

One of the things that intrigues Huang about artificial intelligence is that “it is not a living organism, yet it exhibits life-like qualities. AI is able to transmit information and even create information, which makes it a communicator and a social actor.”

When asked what aspects of AI their research examines, Katz indicated, “I am interested in understanding how the public perceives the benefits and risks of AI, and how they might wish to see policy towards AI changed or improved.” Both Novozhilova and Huang are interested in how the public perceives AI in various workplace settings. “Our current study hopes to understand how Americans feel about replacing humans with AI for a variety of jobs,” Huang said.

Among the several professions examined in the survey, “the public was most inclined to see journalists replaced by AI compared to other professions,” said Katz. “To me, this suggests that people have reservations about the quality of human-based journalism in the current environment.”

The survey also asked about AI replacing certain religious occupations such as spiritual advisors and leaders of religious congregations. “AI is currently being adopted in various forms by religious congregations” noted Novozhilova. For instance, she said, “robot priests have been recently introduced in Germany, Japan, and Poland. As such, one avenue from which the decisions regarding the controversial employment of algorithms is coming from is religious ethics.” Added Huang, “The spiritual dimension is something we often think of as exclusively human. We wanted to see what the public would think when such a boundary is broken.”

The results revealed that, “Although people have some interest in having AI play a role in their religious lives, there was not a high degree of enthusiasm” explained Katz. Furthermore, observed Huang, “We were surprised to find that whether people were religious or not seemed to have nothing to do with their views on AI replacing religion-related jobs.”

Yet, the fact they found any interest at all suggests an under-explored dimension of technology in society. “It will be valuable to see if over time new generations begin to heavily seek spiritual guidance from AI entities” said Katz. “If so, this will be an historically unprecedented change in religious life.”

Survey: Generations, genders differ when it comes to AI replacing people for some jobs

More young people than old, and more men than women, are open to artificial intelligence-powered machines replacing people in a variety of jobs, according to the latest Media & Technology Survey from Boston University’s College of Communication and Ipsos.