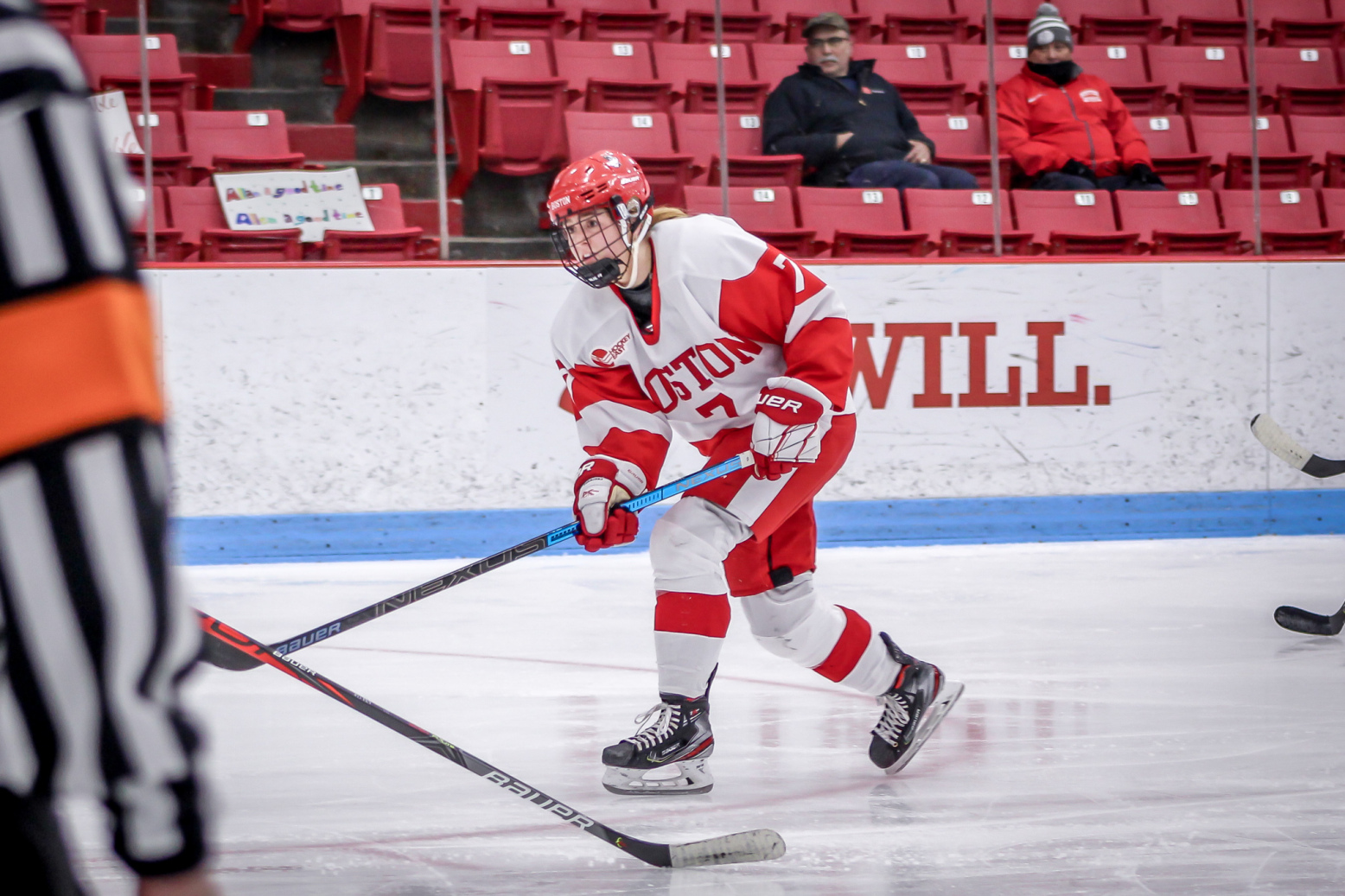 Hockey East is back… in nine days… or 23 if you’re at Boston University. Nevertheless! Hockey will be back on Comm. Ave. for the first time since February after the coronavirus pandemic upended all things good in this world during 2020.

The league officially released its schedules for the 2020-21 men’s and women’s season on Wednesday afternoon. The Terriers will have a 20-game conference schedule on the men’s side, while the women will play an 18-game league slate.

In the name of content, let’s take a look at how each squad will fair in their respective seasons. Credit to fellow co-director Ethan Fuller for the inspiration. You can check out his take on how men’s and women’s basketball will do once the 2021 Patriot League campaign kicks off. Composite schedules for the men and women are also available.

BU will play a total of 24 games on the men’s side, all within Hockey East, with 20 of those contests actually counting towards conference standings. The league will undoubtedly have plenty of parity this season, with No. 2 Boston College headlining a total of five ranked Hockey East programs, including No. 7 Massachusetts, No. 11 Lowell, No. 17 Providence and No. 19 Northeastern. BU, Maine, Connecticut and New Hampshire also received votes.

Needless to say a Terrier team, featuring some exciting young talent and intriguing newcomers, has its work cut out for it. BC poses the toughest challenge in the conference for BU, especially with the amount of talent, such as Alex Newhook and Logan Hutsko, that head coach Jerry York retained over the offseason. Plenty of teams also handed BU bad losses last season, from Merrimack to Providence to UConn to Northeastern. That’s not to say that the Terriers don’t stand a chance, as the past does not necessarily define the future. However, there are certain matchups and teams that may appear to be easy on the schedule, but simply should not be taken lightly, as seemed to be the case in certain instances last season from this laymen’s perspective.

The Terriers boast a deeper team, especially at forward, than last season, which is for sure. With plenty of youngsters primed to take steps forward, a strong returning cast, headlined by David Farrance, and the arrival of Drew Commesso in net, BU could do some damage if things click. But a slow start or growing pains could hamper the team greatly this season, especially with how competitive the rest of the conference is shaping up to be.

Matchups to watch: It’s impossible to overlook the bad blood between BU, BC and Northeastern. The Battle of Comm. Ave. featured some intense showdowns last season, including a thrilling double-overtime comeback for the Terriers in the Beanpot semifinal. With the bad taste left by some raucous regular season meetings between these three teams, and with the way the 2020 Beanpot ended between BU and Northeastern, these games are sure to be fiery once again. I’d also keep a close eye on UConn. As a young team that surprised some with their success last year, the Huskies gave the Terriers plenty of trouble last season, and should prove to be an exciting group again.

The ninth-ranked Terriers will suit up in 22 total contests around the conference on the women’s side, and 18 will officially count towards Hockey East standings. The league once again looks like Northeastern’s to lose. The Huskies need no introduction with the likes of Alina Mueller, Chloe Aurard and Aerin Frankel in the mix. However, challengers like the Terriers are returning a strong top core with some of college hockey’s best goaltending, and are welcoming in some exciting freshmen as well. BC had an up-and-down season in 2019-20, largely due to injury troubles. Hannah Bilka, arguably the best first-year in the nation last year and also marred by injury, should be a key difference-maker for the Eagles with a year of experience under her belt, but question marks arise in net.

Aside from the top three, it’s unclear how the rest of the conference will take form. UConn, UNH, and Maine all took encouraging steps last season with Maine even making an improbable run to the conference championship after upsetting BU before losing to Northeastern. Now, the Black Bears are without star winger Tereza Vanisova and stalwart netminder Carly Jackson. Providence was right on BU’s heels in the standings, but it’s tough to gauge where the Friars are at as well. Also, Merrimack, Vermont and Holy Cross just do not seem to be there quite yet.

Northeastern was really the only team that consistently gave the Terriers trouble last year, and I see no reason for that to stop this season, barring any unforeseen circumstances. New Hampshire, Providence, and evidently Maine handed the Terriers some hard-fought losses, but I would expect the Terriers to take care of those season series once again with some coin-flip games mixed in.

For the Terriers the question marks come from depth scoring and a young defense. The Terriers lost leading scorer Sammy Davis and five defenders, most notably Abby Cook, after last season. Corinne Schroeder and Kate Stuart should be other-worldly in net once again, but if the offensive output experiences extended slumps, the Terriers could be in trouble. Overall, a weak schedule affords BU a huge advantage in conference, especially with only one series apiece against BC and Northeastern.

Matchups to watch: Obviously the Battle of Comm. Ave. is always a big deal, but the women’s teams only meet once, and not until the last weekend of the regular season. For my money on the women’s side, the real heavyweight bout in the conference comes when BU and Northeastern square off. The Huskies and the Terriers have given us some absolute classics over the last few years, between the Beanpot semifinal in 2019 (a shootout win for BU) or the Beanpot final in 2020 (a double-overtime win for Northeastern). As the two top teams in the conference last year, and ranked accordingly heading into this season, those matchups are sure to be head-turners.