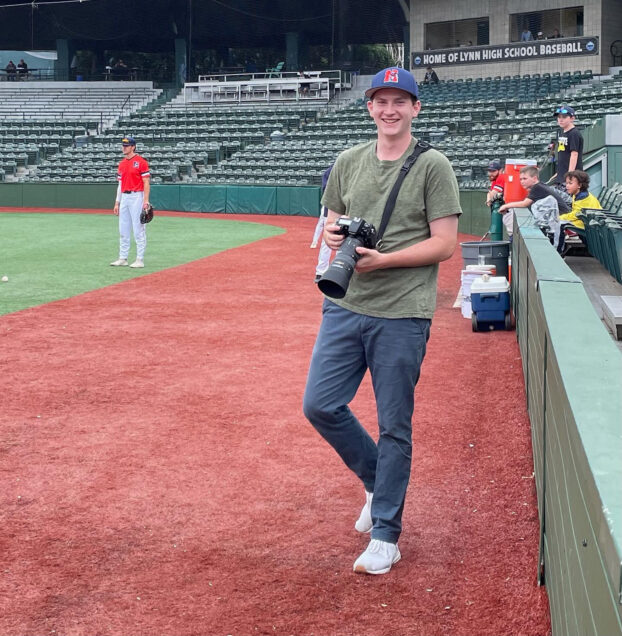 Patrick is a senior studying journalism at Boston University. He is a hockey beat reporter and broadcaster, and served as WTBU’s hockey editor the past two seasons. A native of Lynn, Mass., he co-hosts the BU Hockey Show, contributes professional sports columns and photographs a variety of BU athletic events. Patrick is also a Boston Bruins correspondent for NHL.com. He has interned with NBC10 Boston and NECN, as well as the North Shore Navigators, working as the team photographer during the 2021 season. When not lamenting his purchase of a Josh Gordon Patriots jersey, Patrick is usually in search of a good iced coffee. Check out his portfolio and his photography, and follow him on Twitter @PatDonn12. 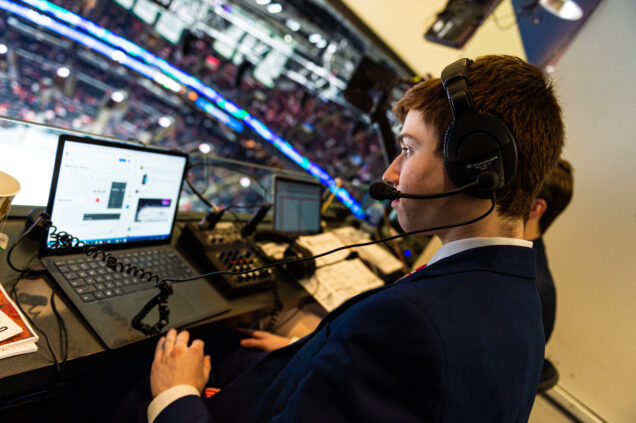 Our newest co-director, Daniel is a senior from Long Island, N.Y., studying journalism. He is the director of our radio show that airs 6 – 8 p.m. on Mondays and Fridays, and now 10 a.m. – noon on Saturdays! He broadcasts soccer, hockey, basketball and softball. He also broadcasts Women’s Basketball games for the Patriot League on ESPN+, and call games for Tufts University. When he’s not working on content for WTBU, Daniel is a producer of Offsides and a contributor to Terrier Nation with BUTV10, and he writes an MLB column for the Daily Free Press. Daniel loves anything sports and anything theater, always rooting for his New York teams. Follow Daniel on Twitter @DanielMultz and check out some of his other work with WTBU Sports. 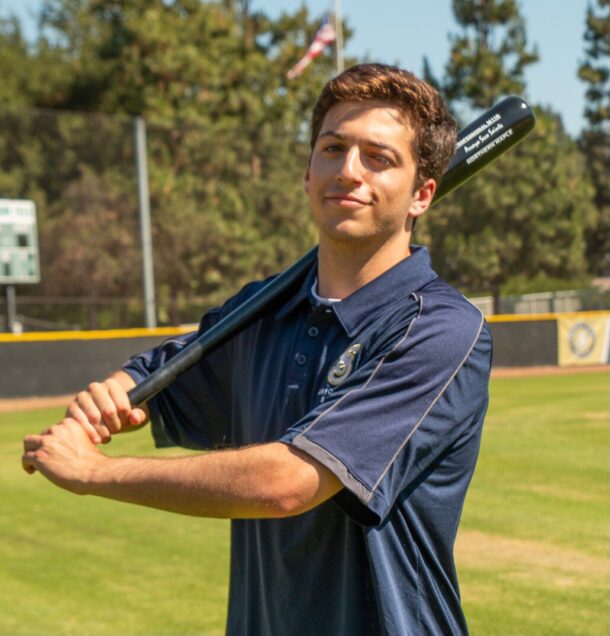 Joe is a junior from Rockville, M.D., studying journalism in the College of Communication. Joe is the managing editor and lead hockey editor for WTBU Sports. He is also involved with BUTV10 and the COM Ambassador program. On top of hockey, Joe writes about a handful of pro sports topics and also calls play-by-play and color commentary for BU athletic events. Joe is a big Washington, D.C. sports fan and runs his own DC sports blog called The Wildcard. He is patiently waiting for Alex Ovechkin to pass Wayne Gretzky for the all-time NHL goal scoring record. Follow Joe on Twitter @JoePoho. 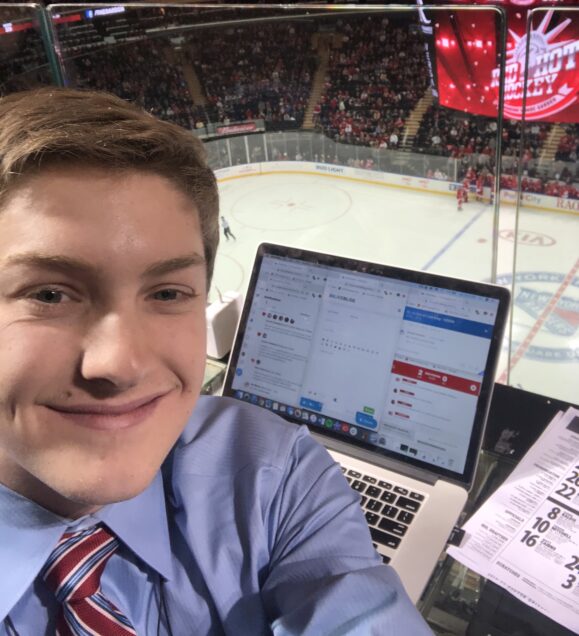 Brady is a journalism and public relations double-major at Boston University’s College of Communication, Class of 2022. He co-hosts the BU Hockey Show, contributes columns and other article, and broadcasts various BU sports. Growing up in Foxborough, Massachusetts, Brady is a huge Boston sports fan and has worked with the New England Patriots, Boston Red Sox, and the New England PGA, among other organizations, in addition to spending time in various roles across BU Athletics and Agganis Arena. Follow Brady on Twitter, @BradyDGardner.

Owen Gund is a junior in the Boston University College of Communication, majoring in journalism. He grew up in Massachusetts, and it has been a lifelong dream of his to do play-by-play professionally. He currently provides play-by-play and color commentary for BU athletics events and also calls games for Tufts University. He writes weekly articles for WTBU’s hockey beat and has a weekly column predicting NFL games. Owen frequently weighs in on the NFL and NHL on the weekly WTBU sports radio show. Outside of WTBU, Owen produces the official podcasts of Hockey East, ECAC Hockey, Atlantic Hockey, and College Hockey America. When he is not writing or broadcasting, Owen is fervently cheering on the San Jose Sharks and praying that they will soon capture their first-ever Stanley Cup title. 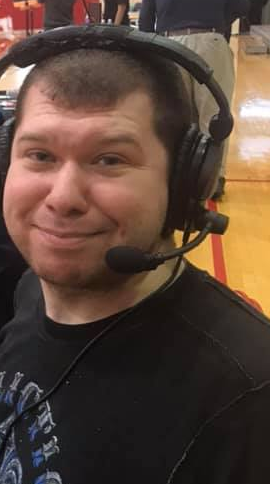 J. (Jared) Housman is a senior studying broadcasting at the COM. He is a self-taught sportscaster whose greatest hero is Jim Nantz. J broadcasts soccer and basketball for WTBU Sports and is part of the Offsides crew for BUTV10. J has a great memory for football and basketball and loves to play trivia relating to pro and college coaches and teams. His favorite teams are the Florida Gators and  Green Bay Packers, as well as the Kansas Jayhawks and Miami Heat. When not pouring over sports game statistics and trivia, he enjoys chatting about music, playing video games with friends and exploring local ethnic restaurants. His greatest wish would be to go to the Super Bowl and to see BU make it to a Final Four. 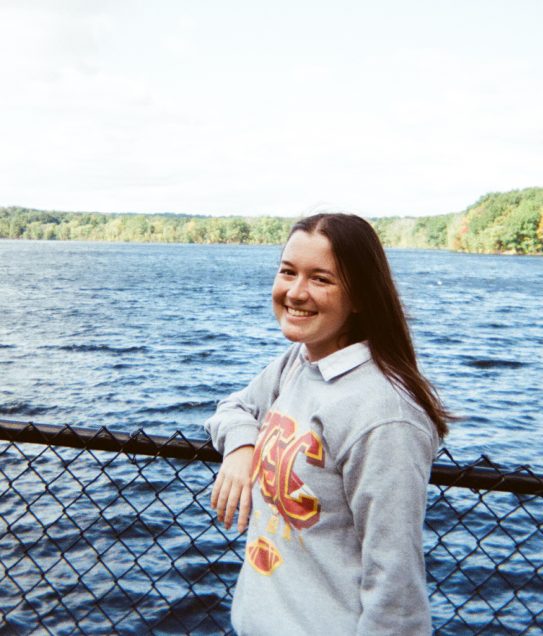 Hannah is a junior majoring in public relations and minoring in business administration. Around WTBU Sports, Hannah takes photos, writes for the basketball and softball beats, creates graphics and co-hosts Coast to Coast with Sam Leach and Dylan Woods. Originally from Orange County, Calif., Hannah enjoys riding her bike, going to the beach and rooting for her favorite teams, the Lakers, Dodgers, Rams and USC Trojans. 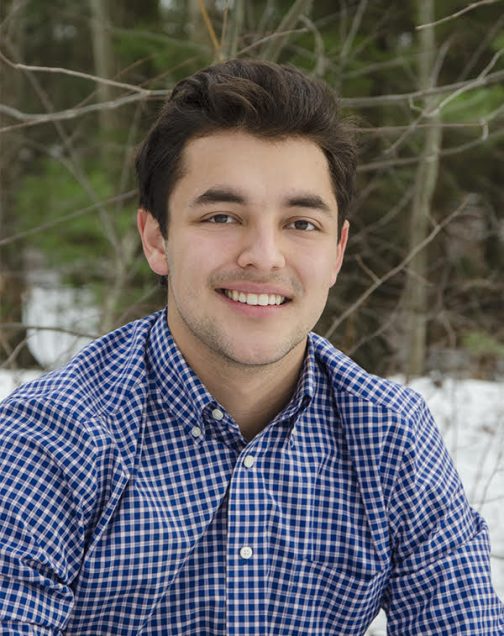 James is a journalism major at Boston University’s College of Communication, Class of 2025. He does color and play-by-play commentary for WTBU men’s and women’s hockey broadcasts. He also writes for the Boston Hockey Blog of the Daily Free Press. Growing up in Concord, Massachusetts, James is a huge Boston sports fan and went to BU hockey games growing up. Follow James on Twitter @JamesGarrison27. 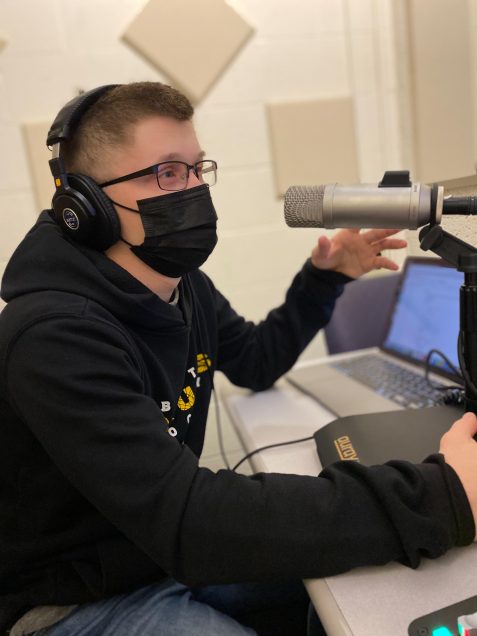 Jeremy is a freshman journalism major in the College of Communication at Boston University. Growing up in Taunton, Massachusetts, he immediately became a huge fan of all the Boston sports teams. Jeremy stays involved in WTBU Sports as a co-host for the Redshirts podcast and broadcasting soccer and basketball games. He also works at Agganis Arena as a videographer for the BU hockey games. When not being engulfed in watching or playing sports, Jeremy enjoys hanging out with friends and going on walks. Follow Jeremy on Twitter @Jeremy_9157. 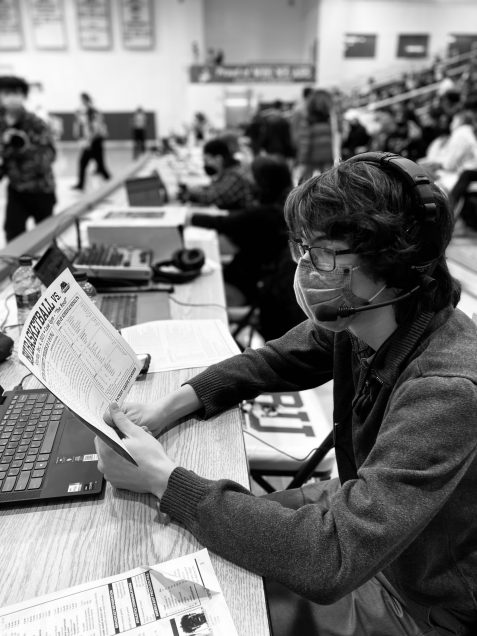 Brendan is a freshman from West Bloomfield, Michigan double-majoring in journalism and advertising at the College of Communications. He has dreamed of working as a beat writer for a pro sports team or a baseball/basketball broadcaster. He co-hosts a podcast called Redshirts about everything sports, broadcasts soccer and basketball games, and has attempted basketball photography. Since Brendan lives an hour outside of Detroit, he is a diehard Detroit sports fan and when not reminiscing on prime Barry Sanders or Calvin Johnson, you’ll find him claiming that “Cade will turn the Pistons around” or that “next year” will be the Lions’ year. Outside of sports, Brendan likes to go on hikes, run, longboard, and find new albums to listen to. You can follow him on Twitter @bnords03. 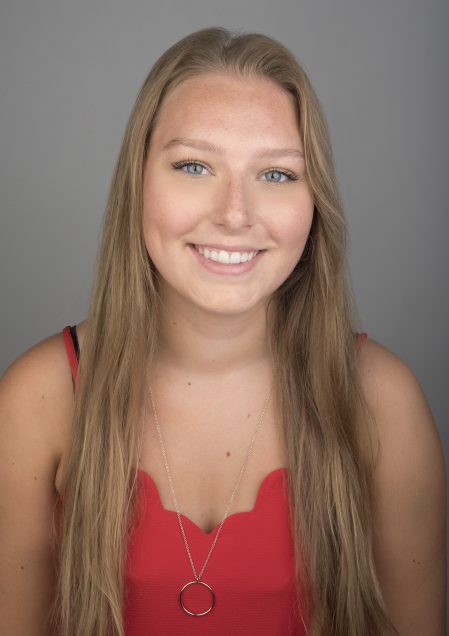 I am a senior from New Bedford, Massachusetts majoring in public relations with a minor in journalism. I am a big New England sports fan by default, but I wouldn’t want to be anywhere else! One of my favorite memories from my Boston sports experiences is the time I got to run the bases at Fenway after a game; that was wicked cool! I’ve played sports my entire life including soccer, basketball, softball, and even rugby. I’ve always loved everything about sports, from the atmosphere of the crowd to the competition itself. My involvement with the station includes briefly broadcasting for Women’s Basketball and Men’s Ice Hockey. In the past, I have interned for the NECBL’s New Bedford Bay Sox where I learned about in-game entertainment and game day relations. I am also involved with the music side of WTBU where I have written album reviews and am excited to interview rising musicians. Besides music and sports, my hobbies include photography, running, hiking, and traveling. 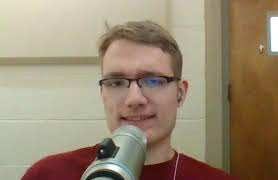 Dylan is a senior from Woburn, Massachusetts studying journalism. He appears on the WTBU Sports radio show and co-hosts Coast to Coast. In the past, Dylan has covered BU men’s basketball and men’s soccer and written an NBA column for the Daily Free Press. In his spare hours, he enjoys watching sports until his eyes bleed or at least until the clock strikes midnight. He also likes to eat peanut butter and fluff sandwiches with pretzels in the middle in addition to getting a crisp eight hours of sleep, but not at the same time. Dylan has never spent a single second of his free time enjoying jazz. 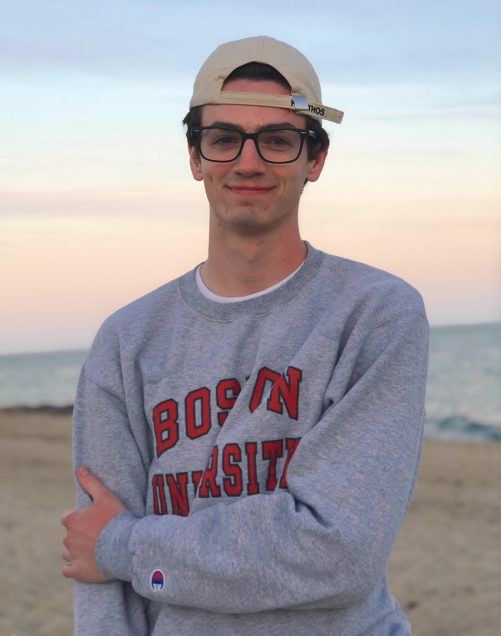 Griffin is a junior from Melrose, Massachusetts, studying advertising in the College of Communication. In the past he has interned for the radio, but currently is the host of Second Stringers, a podcast at WTBU dedicated to debating everything that is going on in the world of sports. Born and raised in the suburbs outside of Boston, Griffin is a diehard Celtics, Patriots, Redsox, and Bruins fan. Although he is a little worried about the lack of championships in recent years, he is sure that parades will be back very soon in Titletown.

Seth Helman is a junior from small-town Kingston, New Hampshire, who is studying journalism with the intention of becoming a sports broadcaster. His passions include Bruins hockey and Mets baseball, as well as a strong interest in the NBA as a whole and the New England Patriots. If Seth isn’t watching or playing sports, you can probably find him making music on his laptop, playing his guitar, or complaining about how the Mets ownership isn’t going to pay any money to improve the team this offseason.