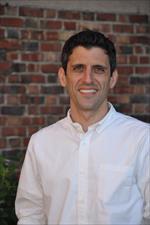 Gabe Chamie, Associate Professor of Medicine and a faculty member in the Division of HIV, Infectious Diseases and Global Medicine at the University of California, San Francisco, and co-investigator on the Uganda DIPT study. As told to URBAN ARCH Admin Core staff, March 2021

Tell us more about your academic and research background. What led you to focus your career on HIV and TB clinical and epidemiological research, specifically in sub-Saharan Africa?

My academic background and training is as an infectious disease clinician physician. I actually majored in history as an undergraduate, with an interest in the impacts of British and French imperialism in the Middle East and Africa. I was also interested in global health disparities. With that background, I applied to medical school with an interest in addressing the impacts of HIV in sub-Saharan Africa.

I grew up in the 1980s at an influential time in the HIV epidemic. When I decided I was interested in a career in medicine, it was in the 1990s. I spent some time working on an HIV ward in New York City in 1996 and saw patients receiving antiretroviral medicine and clinically improving. It was one of those moments that people were sighing with relief; what was a death sentence for most of my upbringing was suddenly a chronic health problem that could be addressed.

Sub-Saharan Africa is massively impacted by the HIV pandemic, and between my time in undergraduate studies and going off to medical school, I lived in Burkina Faso in West Africa for just under a year. I then went to medical school at Stanford, followed by residency at UCSF. I was drawn to UCSF primarily due to an interest in its long history in addressing the HIV pandemic. I had the good fortune to work with and meet mentors who conducting research in sub-Saharan Africa on HIV and TB.

My research focus since then, has been HIV and TB clinical research in East Africa.

Some of your research interests include community-based HIV and tuberculosis (TB) diagnosis, TB/HIV co-infection, and TB transmission dynamics in settings with generalized HIV epidemics. Could you tell us more about why it is important to study HIV and TB together?

The immune suppression caused by HIV dramatically increases the risk of tuberculosis disease. On a global scale, when one thinks about HIV and the primary causes of mortality among people with HIV, particularly in sub-Saharan Africa, TB is a major contributor, if not the top contributor. When studying HIV , it is important to think about TB.

In addition, TB in the absence of antiretroviral therapy can accelerate the progression of HIV. One a virus and one a mycobacterium, the two have negative interactions and unfortunately can come together to cause great morbidity and mortality.

I think one thing we have clearly learned over the years is that health centers are a wonderful place to address health problems, but often people who are suffering with either HIV or TB may be unaware of their diagnoses. Moving out to community settings, getting out of the clinic and meeting people where they are, can help overcome the barriers they face in terms of early diagnosis of HIV and TB. An interest of mine has been studying ways to improve early diagnosis and health outcomes by getting out of clinics and into communities.

What do you think are the most important areas of HIV/TB research to address in future applications? What are the next steps in global TB research? 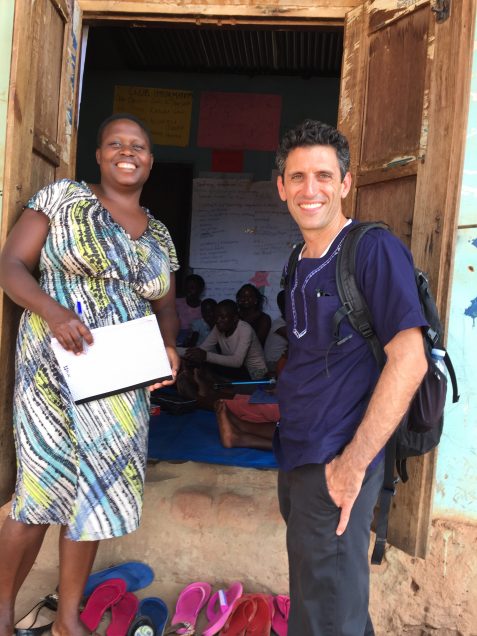 One major area of importance is optimizing implementation of effective tools for TB prevention and treatment in people with HIV. As we are trying to do in our DIPT study (the “Drinkers Intervention to Prevent HIV” with Dr. Judy Hahn, Dr. Winnie Muyindike, and Dr. Moses Kamya), reaching vulnerable populations that may not have been reached, or were overlooked, in efforts to get people living with HIV on TB preventive therapy, is an important area of research. For example, ensuring that people who are drinking heavily have access to TB preventive therapy, and understanding how we can give it to them safely is definitely an important area of research. As people receive TB preventive therapy and the risk of TB goes down for a period of time, I think we also have to better understand risk of re-infection. Drug-drug interactions and improved pharmocodynamics studies of emerging HIV and TB treatments are important. For example, as we see increased use of rifapentine, we need to ensure we can use it safely with different HIV regimens.

One of the main risks for TB is untreated HIV. So, ensuring people living with HIV are aware of their status through early diagnosis, improving access to HIV testing, and reaching people as soon as possible after HIV infection is key. As well as ensuring that people who have HIV have access to the most effective TB diagnostic and treatment regimens.

In addition, understanding optimal treatments for drug resistant TB, whether MDR or XDR, is a really important next step. Lastly, improving our understanding of TB transmission dynamics is critical. Despite years of study, there remain open questions about how TB is spread in communities. These are some of exciting areas of global TB research, in my opinion.

What is one piece of information about TB that is important for everyone to know?

I think often people think of TB as a disease of the past, particularly from a U.S. perspective. This is not the case and has never been the case. Roughly a quarter of the world’s population is infected with TB. Even though incidence rates are low in the United States, compared to what they have been historically, TB remains an incredibly important pathogen. In terms of cause of death globally, it is the leading cause of death from a single pathogen, outpacing HIV right now. I think as we look to deal with one global pandemic now in COVID-19, it is worth paying attention to the fact that TB remains a global pandemic, causing a huge amount of morbidity and mortality worldwide, and needs to remain on everyone’s radar as a global health priority.

How has working with international co-investigators influenced your research? 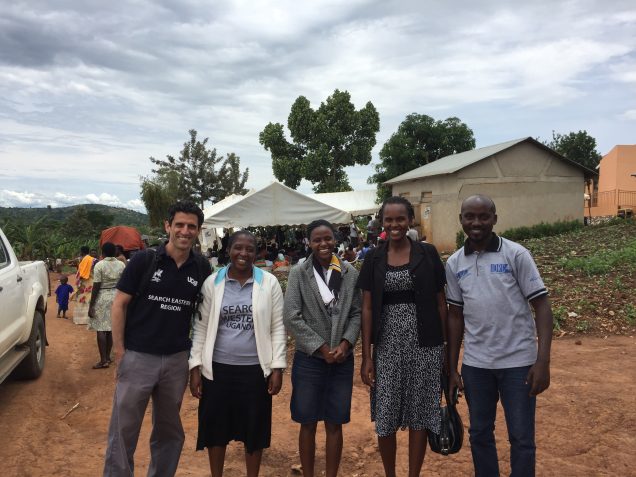 On a personal note, for me the most gratifying type of work is research based in teamwork. Getting the perspective of different co-investigators and areas of expertise, particularly from people who have been trained, come from, and are working actively in sites outside of the United States, pushes me to think outside of the paradigm that one can get used to, working in clinical care in the U.S.

I cannot overstate the impact of my co-investigators in the way we approach our research studies, how we adapt it to different settings, whether it is in rural Uganda, urban San Francisco, or urban Uganda or Kenya. It is critical that one understands the cultural context as well as the social-economic context of the participants you might be enrolling in your research studies.

As a co-investigator on the Interventions to Reduce Alcohol Use and Increase Adherence to TB Preventive Therapy Among HIV/TB Co-infected Drinkers (DIPT 1/2 and 2/2) studies, how has working with URBAN ARCH influenced your research interests?

Prior to working with URBAN ARCH and the DIPT study, although I was thinking about non-communicable diseases in people living with HIV, my understanding of the extent of the impact of heavy drinking on HIV/TB outcomes was really limited. I have learned a lot from working with URBAN ARCH investigators about the scope of the health impacts of alcohol on HIV and TB globally. This has led to ongoing research on how to address HIV viral non-suppression among heavy drinkers, and strategies for helping people getting preventative or active TB treatment who are heavy drinkers.

Tell us one thing about yourself that readers might find surprising.

During the pandemic I have been taking guitar lessons. My children and wife also play musical instruments. I think developing a hobby and focusing on music as an outlet, and playing with my family has been a huge source of relief and enjoyment. That is something that readers might not know about me.