The Admin Core devoted many hours this summer to the expansion and organization of the URBAN ARCH sample repository. Over 15,000 Russia Cohort samples were shipped from St. Petersburg to Boston in June. Admin Core staff, Julia Canfield, Sally Bendiks, and Natalia Gnatienko, took the lead over the course of several weeks to scan in and inventory these samples. In addition, the team coordinated several shipments for testing: for Boston ARCH, approximately 550 serum samples were sent for vitamin D, analyte panel, and bone biomarker testing, while for Russia ARCH, approximately 700 serum samples and 700 DBS cards were sent for biomarker and PEth testing, respectively.  Administrative Director, Carly Bridden, and Principal Investigator, Jeffrey Samet, have also been working with Boston University to acquire new freezer space to expand the URBAN ARCH repository.

Jeffrey Samet attended the 21st International AIDS Conference in Durban, South Africa. In conjunction with this conference, he participated in an NIAAA-sponsored meeting entitled “Alcohol as a Barrier to Eliminating HIV” along with Judy Hahn and Karsten Lunze.

The Admin Core now looks ahead to working with URBAN ARCH investigators on the renewal projects and continuing to provide administrative and project support to the cores and cohorts. 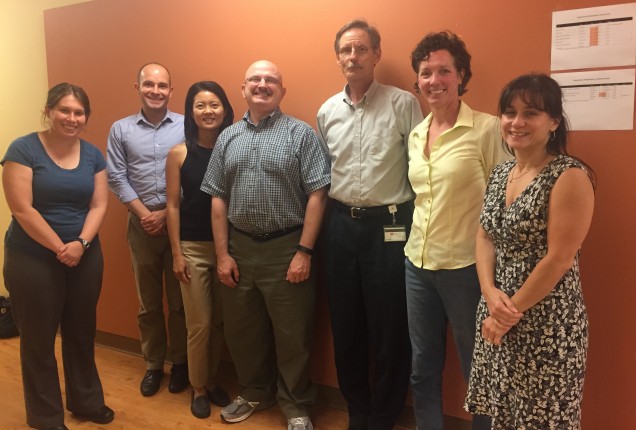 The BDM Core has been active in a number of data analyses and helping to develop several manuscripts in progress. The Core also continues to assist with data management activities across URBAN ARCH. With the renewal of URBAN ARCH, the BDM is looking forward to beginning work with investigators to develop each of the new studies.

The team has received funding to continue the Uganda ARCH cohort with the Alcohol Drinkers’ Exposure to Preventive Therapy for TB (ADEPT-TB) study. This 5-year, single arm study will examine 6 months of daily INH (6H) among persons co-infected with HIV and TB. Our main aim is to evaluate the safety and tolerability of the TB preventive therapy regimens, overall and by level of drinking. Our results will provide critical new insights for guidelines on how to best deliver TB preventive therapy to alcohol using, HIV/TB co-infected persons at high risk for TB disease and reduce morbidity and mortality.

The team is actively pursuing data analyses, abstract submissions, and manuscript preparation. Two abstracts were presented at the 78th Annual Meeting of the College on Problems of Drug Dependence and the National Institute on Drug Abuse (NIDA) International Forum held in conjunction in Palm Springs, California in June 2016.

The team submitted an R01 proposal, “ST. PETER HIV – Alcohol, Protein Biomarkers and Cardiovascular Disease Risk” study, in September in response to RFA-AA-17-006. The study will leverage the St PETER HIV clinical trial, which will begin recruitment in winter 2017, to determine the association between alcohol use, trimethylamine N-oxide (TMAO), and measures of subclinical heart failure.

At the Alcohol Abuse Co-morbidities and Triggers for Addiction Satellite Symposium that preceded the Research Society on Alcoholism (RSA) Scientific Meeting in late June, Rich Saitz gave a talk entitled “Interaction of Alcohol and Other Drugs of Abuse in People Living with HIV/AIDS.” His presentation was well-received by attendees, and you can view the slides here. 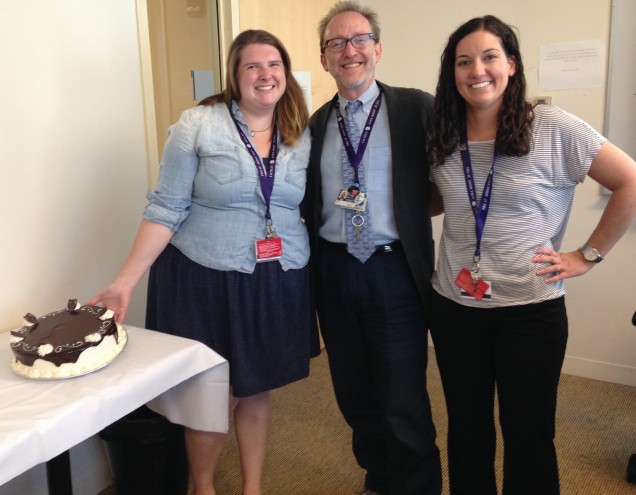 The Boston ARCH team is saying goodbye to two colleagues. Boston ARCH Project Manager, Alicia Ventura, has taken on a new role as Director of Operations and Special Projects at the Office-Based Addiction Treatment (OBAT) Program, Boston Medical Center, and Research Assistant Margo Godersky has moved to Seattle after completing a Master’s in Public Health at the Boston University School of Public Health. We wish both Alicia and Margo the best in their new endeavors! The team is now actively recruiting a new project manager and research assistants to join their team. Please email Seville Meli at seville@bu.edu if you are interested.

The team has received funding to continue to follow and expand (to 400) the Boston ARCH Cohort of persons living with HIV with a high prevalence of exposure to alcohol, illicit drugs, and polypharmacy and implement the Frailty, Functional impairment, Falls, and Fractures (4F Study).