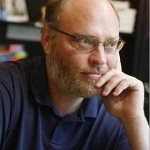 Frank Guenther, Ph.D. is a Professor in the Departments of Speech, Language & Hearing Sciences and Biomedical Engineering at Boston University. He is also a Research Affiliate at the Picower Institute for Learning and Memory at MIT, a Faculty Member in the Harvard/MIT Speech and Hearing Bioscience and Technology Program, and a Visiting Scientist in the Department of Radiology at Massachusetts General Hospital. Dr. Guenther is a computational and cognitive neuroscientist specializing in speech and sensorimotor control. His research program combines theoretical modeling with behavioral and neuroimaging experiments to characterize the neural computations underlying these faculties in humans. Dr. Guenther also develops brain-computer interfaces to restore synthetic speech and other communication skills to paralyzed individuals. His research has been covered extensively in the science and popular media, including television spots on CNN News, PBS News Hour, and Fox News; articles in popular science magazines Discover, Scientific American, and Popular Science; and popular press coverage in Esquire, Wired, The Boston Globe, and BBC News. 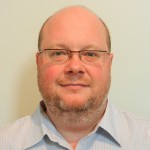 Jason Tourville, Ph.D. is a Research Assistant Professor in the Department of Speech, Language & Hearing Sciences and Center for Computational Neuroscience and Neural Technology at Boston University. He received his B.A. from Oberlin College and his Ph.D. in Cognitive and Neural Systems at Boston University. He is a cognitive and computational neuroscientist primarily focused on mapping the brain regions involved in speech motor control. His research combines mathematical modeling with functional and structural brain imaging to study the neural mechanisms underlying normal and disordered speech, including persistent developmental stuttering, apraxia of speech, spasmodic dysphonia, and autism. Dr. Tourville also has an extensive background in human neuroanatomy and MRI-based brain morphometry that he uses to develop expert-guided semi-automated brain region labeling methods. 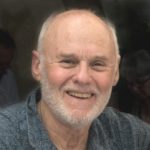 Joseph Perkell, Ph.D. is a Senior Research Scientist in the Department of Speech, Language & Hearing Sciences. He is also a Research Affiliate at the Research Laboratory of Electronics at the Massachusetts Institute of Technology. Dr. Perkell has been engaged in research on speech motor control since 1965. His former laboratory, in the Research Laboratory of Electronics at MIT, developed EMMA, the first electromagnetic articulometer system shown to have accuracy and reliability sufficient for rigorous research on speech kinematics. From the early 1990’s until 2012, Dr. Perkell headed the Speech Motor Control Group in RLE and was PI on two long-running R01 grants from NIDCD. The group published a number of carefully conducted, hypothesis-driven, methodologically sophisticated studies of speech production: on biomechanical constraints and motor control strategies, including the role of hearing. For its last 15 years, the group collaborated closely with Prof. Guenther, whose DIVA model provided the theoretical framework for research in both projects, guiding work on brain mechanisms and the influence of these mechanisms on speech kinematics and acoustics. Dr. Perkell was also a participating faculty member in the Harvard-MIT Graduate Program in Speech and Hearing Biosciences and Technology Program, for which he served on the program’s admissions committee and supervised graduate students. Dr. Perkell’s most recent review papers showed how his group’s work was consistent with a coherent theoretical framework that modeled relations among brain mechanisms, audition and speech motor control.

Barbara Holland, M.A. is Assistant Director of Research in the Department of Speech, Language & Hearing Sciences at Boston University. She received her B.A. in Psychology from the University of New Hampshire and M.A. in Psychology, emphasis in Neuropsychology, from the University of Northern Colorado. Prior to joining BU, Barbara worked at the Center for Morphometric Analysis on a study of attentional network pathology in persons diagnosed with schizophrenia. Responsibilities included recruitment and neuropsychological testing of participants, conducting fMRI experiments, analysis of functional and structural data MRI, refinement of structural MRI analysis methods developed at the Center for Morphometric Analysis. 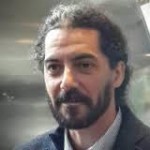 Alfonso Nieto-Castanon, Ph.D. is  a Senior Research Scientist in the Department of Speech, Language & Hearing Sciences at Boston University.  In his private practice he also works as a statistical consultant, analyst, and methods/software developer. In addition to providing modeling and statistical support to research groups in the field of computational neuroscience, some of his ongoing projects involve functional connectivity magnetic resonance imaging (fcMRI) analysis methods, the application of functional localizers to investigate the selectivity of language-related areas, and method development for speech restoration in subjects with locked-in syndrome. 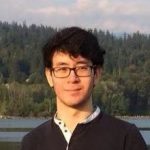 Riccardo Falsini is a Research Assistant at the College of Health & Rehabilitation Sciences, who received his Bachelors of Arts in Neuroscience, Psychology (Major) and Computer Science (Minor) at Boston University. Ricky contributes to the lab by helping develop scripts related to experimental paradigms, data processing / presentation, GUI development and other coding-related tasks. Additionally, he happily assists others in the lab if they are having difficulty in areas related to or involving coding. He hopes to apply his experience in the lab towards his future goal of working with brain machine interfaces and helping others through neural prostheses. 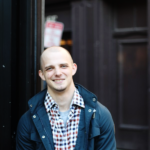 Liam Jackson is a research associate for the Guenther Lab. He received a Bachelor’s Degree in biochemistry from the University of Massachusetts in Amherst. Originally with plans to pursue clinical medicine, his interests shifted toward medical devices and the engineering supporting them. Now a recent graduate from Boston University, he holds a Master’s Degree in Biomedical Engineering and focuses primarily on the application of machine learning techniques to medical research. He investigates cortical regions and their behavior during speech production. By training, tuning, and systematically modifying classification models, his efforts aim to establish the importance of signal patterns and their sources within the brain. 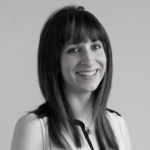 Elaine Kearney, Ph.D. is a Postdoctoral Research Associate in the Department of Speech, Language, and Hearing Sciences at Boston University. Elaine received her B.Sc. from University College Cork and her Ph.D. in Speech-Language Pathology at the University of Toronto. Her research investigates the sensorimotor control of speech in acquired motor speech disorders – particularly in individuals diagnosed with Parkinson’s disease (PD) and post-stroke – with a view to expand the evidence-based treatment options available to these populations. She conducts both basic science and clinical research that capitalize on her expertise in kinematic, acoustic, and perceptual techniques, as well as Cochrane-based systematic review methodology. At the Speech Neuroscience Laboratory, Elaine will investigate the neural correlates of auditory and somatosensory feedback control in speech production in individuals with PD using functional brain-imaging methods. This line of research has implications for our understanding of both normal and disordered speech motor control, and has the potential to guide future directions of speech rehabilitation research in PD. 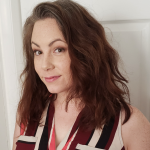 Jordan Manes, Ph.D. is a Postdoctoral Fellow in the Department of Speech Language, and Hearing Sciences at Boston University. Jordan received her B.A. in Psychology from the University of Texas at San Antonio and completed her Ph.D. in Systems and Cognitive Neuroscience at Northwestern University. Her research focuses on the understanding of brain-behavior interactions contributing to speech and voice difficulties in Parkinson’s disease. To accomplish this, her research utilizes non-invasive brain imaging and acoustic speech measures to examine the relationship of speech and voice characteristics with brain activity as well as connectivity within cortico-basal ganglia circuitry. 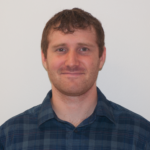 Andrew Meier, Ph.D., is a Postdoctoral Fellow in the Department of Speech, Language, and Hearing Sciences at Boston University. Andrew received his B.A. in Liberal Arts from St. John’s College, New Mexico, and his PhD in Neuroscience from Washington University in St. Louis. His research investigates neuroplasticity and learning in speech motor control. Currently he is involved in a collaboration between the Guenther Lab and Dr. Mark Richardson at Mass General Hospital, designing and analyzing speech science studies with patients undergoing surgery for deep brain stimulation. In these studies, Andrew seeks to understand the physiology of the cortical, basal ganglia, and thalamic networks that underlie the learning of new speech motor patterns. These studies have implications for understanding early speech motor learning, including the development of speech disorders, such as stuttering and apraxia of speech. 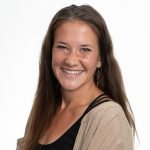 Hannah Rowe, Ph.D., is a Postdoctoral Fellow in the Department of Speech, Language, and Hearing Sciences at Boston University. Hannah received her B.A. in Psychology with a minor in Linguistics from Dartmouth College in Hanover, New Hampshire. She then completed her M.A. in Speech-Language Pathology at the George Washington University in Washington, D.C. and her Ph.D. in Rehabilitation Sciences at the MGH Institute of Health Professions in Boston, Massachusetts. Her research centers around quantifying speech function using acoustics and kinematics, and investigating the neural correlates of speech motor control in populations with speech motor disorders. Currently, she is examining the neural underpinnings of learning new speech motor sequences using transcranial direct current stimulation (tDCS) and functional magnetic resonance imaging (fMRI). She hopes her work will, eventually, further our understanding of the neural and physiological mechanisms that contribute to functional communication. 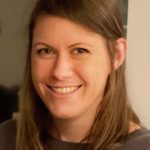 Hilary Miller is a doctoral student in the Department of Speech, Language, and Hearing Sciences at Boston University. She received a dual degree from the University of New Hampshire with a B.S. in Chemistry and a B.A. in Spanish. She also completed her M.S. in Communication Sciences and Disorders at the University of New Hampshire, where she also completed a thesis on treatment of childhood apraxia of speech. Prior to coming to BU, she worked clinically as a speech-language pathologist in a Vermont public school system. Her research interests are focused on understanding the neural bases of speech motor control and speech disorders. 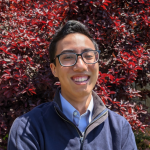 Rohan Deshpande is a doctoral student in the Department of Biomedical Engineering at Boston University. He received his B.S. in Bioengineering from the University of Louisville. His research interests focus on understanding how changing stimuli impact electrophysiological responses. Currently, Rohan is investigating the effect of repetition suppression on neural activity collected with ECoG.

Haochen Wan, M.S. is a doctoral student in the Department of Biomedical Engineering at Boston University. He received his B.Eng. in Biomedical Engineering from Zhejiang University and his M.S. in neuroinformatics from Kyoto University. His research interests focus on human speech/language systems and brain-machine interfaces, and he hopes to better reveal the mysteries of the brain with his background in engineering tools and computational models. Currently, Haochen is investigating the neural mechanisms underlying sub-syllabic sequencing in human speech using fMRI. 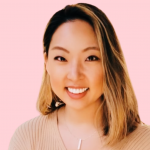 Jackie S. Kim, M.S. CCC-SLP is a doctoral student in the Speech, Language, and Hearing Sciences Department at Boston University. She received her B.A. in Linguistics from the University of Southern California and her M.S. in Communication Sciences and Disorders from Columbia University. Jackie worked as a medical speech-language pathologist for three years at an acute care hospital in Los Angeles before starting her PhD program. Her research focuses on neural computations of speech motor control and neurogenic communication disorders. Currently, Jackie is examining the role of the basal ganglia in motor speech sequencing through deep brain stimulation (DBS) implantation surgery studies on people with Parkinson’s, as well as functional magnetic resonance imaging (fMRI) studies on people who stutter. 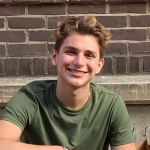 Alexander Acosta is a senior pursuing a B.A. in Neuroscience and Linguistics. At the lab, he is currently helping collect data for various somatosensory and auditory perturbation experiments. For hobbies, Alex likes playing the violin and piano, learning languages, and playing cards with his friends. Alex hopes to continue his studies into the power of human audition after his undergrad and one day wants to do medical work abroad and conduct research. 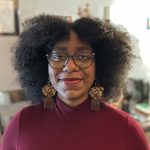 Adanna Thomas is a senior at Boston University pursuing a B.A. in Neuroscience with a Linguistics minor. She is currently helping collect data for auditory perturbation experiments. Her hobbies and interests include visiting museums, embroidery, horror, and music theory. Adanna hopes to continue doing research in neurolinguistics in the future with a possible focus in child speech development or speech language pathology. 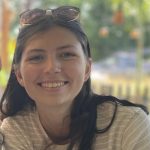 Hannah Indiviglio is a junior at Boston University pursuing a B.S. in Speech, Language and Hearing Sciences. At the lab, she is currently assisting with data collection and quality control for studies related to speech sequence learning. Her hobbies include reading, taking walksaround Boston, and working with individuals with disabilities. Hannah hopes to pursue a career as a clinical speech language pathologist