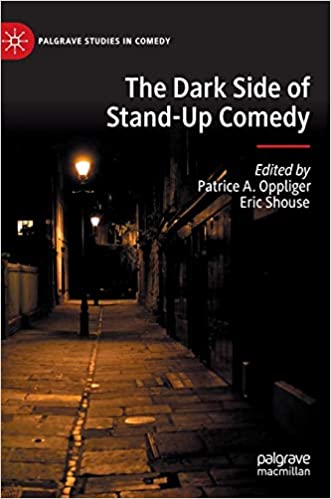 “The Dark Side of Stand-Up Comedy,” a new book co-edited by Patrice Oppliger (CRC fellow) and Eric Shouse, is now available for purchase.

This book focuses on the “dark side” of stand-up comedy, initially inspired by speculations surrounding the death of comedian Robin Williams. Contributors, those who study humor as well as those who perform comedy, join together to contemplate the paradoxical relationship between tragedy and comedy and expose over-generalizations about comic performers’ troubled childhoods, addictions, and mental illnesses.
The book is divided into two sections. First, scholars from a variety of disciplines explore comedians’ onstage performances, their offstage lives, and the relationship between the two. The second half of the book focuses on amateur and lesser-known professional comedians who reveal the struggles they face as they attempt to hone successful comedy acts and likable comic personae. The goal of this collection is to move beyond the hackneyed stereotype of the sad clown in order to reveal how stand-up comedy can transform both personal and collective tragedies by providing catharsis through humor.

Purchase the e-book and hardcover here.