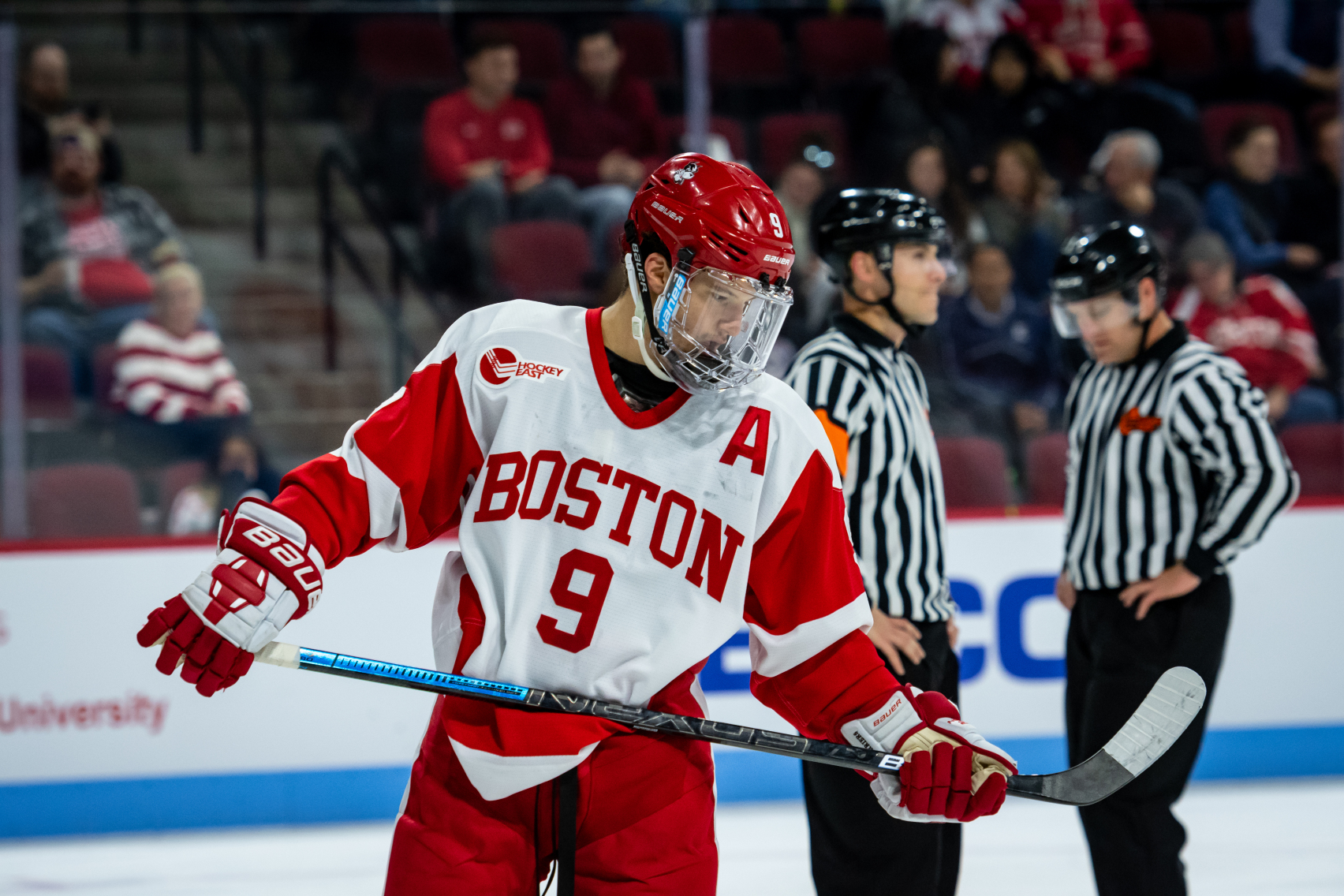 See you next week on @NESN!

“We’re excited to make this announcement today, and very appreciative of all the hard work by so many in making it happen,” Commissioner Steve Metcalf said in a statement. “We’ve worked closely with all our member institutions in establishing protocols in an effort to play as safely as possible, while also giving our teams a complete and meaningful season.”

Boston University will not begin either its men’s or women’s season until Dec. 4. The men’s team will travel to Vermont for a two-game set, while the women’s team will journey up to Maine for a pair of contests.

Each men’s program will suit up for 20 league games, while the women’s teams will have an 18-game conference schedule, as first reported by Andrew Mahoney of the Boston Globe.

Both the men’s and women’s schedules feature weekend home-and-home series and day-of-game travel, with the exception of games involving Maine and Vermont, to allow for consistent testing protocols throughout the season while adhering to all state guidelines, according to the press release. Hockey East also said schedules were created in a manner to afford teams a double round robin regular season as well.

Women’s ice hockey head coach Brian Durocher is happy that his team finally has something to look forward to.

“I think the opportunity to play games always brings a smile to everybody’s face,” Durocher said. “The players want to participate and compete. It’s the activity that they’re used to having as part of their lives. In a lot of ways it steers the ship. They’re here for a great education and what Boston has to offer, but it’s amazing how much they look forward to afternoon skates and games.

“It’s nice those are finally going to materialize.”

The league announced its NESN television schedule through Jan. 1 and that other games streamed through its partnership with ViacomCBS Digital will be free to fans all year.

The conference-only schedule is hardly a surprise after the league announced in July its plans to mitigate non-essential travel and have flexibility in terms of scheduling by prioritizing league competition. Durocher feels the league has a very good chance to pull it off.

“We still have surges and things happening in these states, but we don’t have to go very far,” Durocher continued. “Rarely do we have to have overnights, other than maybe Vermont and Maine, so everybody should be able to get to places on the day of. Again, we’re going to take as many precautions as we can and the testing is going to be tremendous. We’re appreciative of all the institutions for giving us the chance, and more importantly the support we need.”

Men’s ice hockey head coach Albie O’Connell also shared in October his optimism about being able to pull off the league-only schedule.

“I think the league and the new leadership have done a good job trying to navigate some uncharted waters from the start of the summer, to now,” O’Connell said. “One of the biggest challenges is how do you return to play and how do you go to other people’s campuses?

“The nice thing is our geography with everyone pretty close and a lot of same-day travel. There’s a smart, logical reason for only playing our league. Geographically we can do it better than anyone in college hockey.”

Although the season has a condensed amount of games compared to a normal year, Durocher said that he still sees an opportunity for student-athletes to be rewarded.

“I’m a fan of the way it’s scheduled,” he said. “I really believe if student athletes can play 18 games and maybe a couple more in the playoffs, and compete for a championship, it’s still rewarding. At the same time we have windows to possibly deal with a COVID setback and make up games along the way. The idea of trying to put a game in every weekend for about 13 straight weekends just didn’t make sense.

“I think they’ve gotten it right. Good job by everybody who was part of it.”

This developing story will be updated.