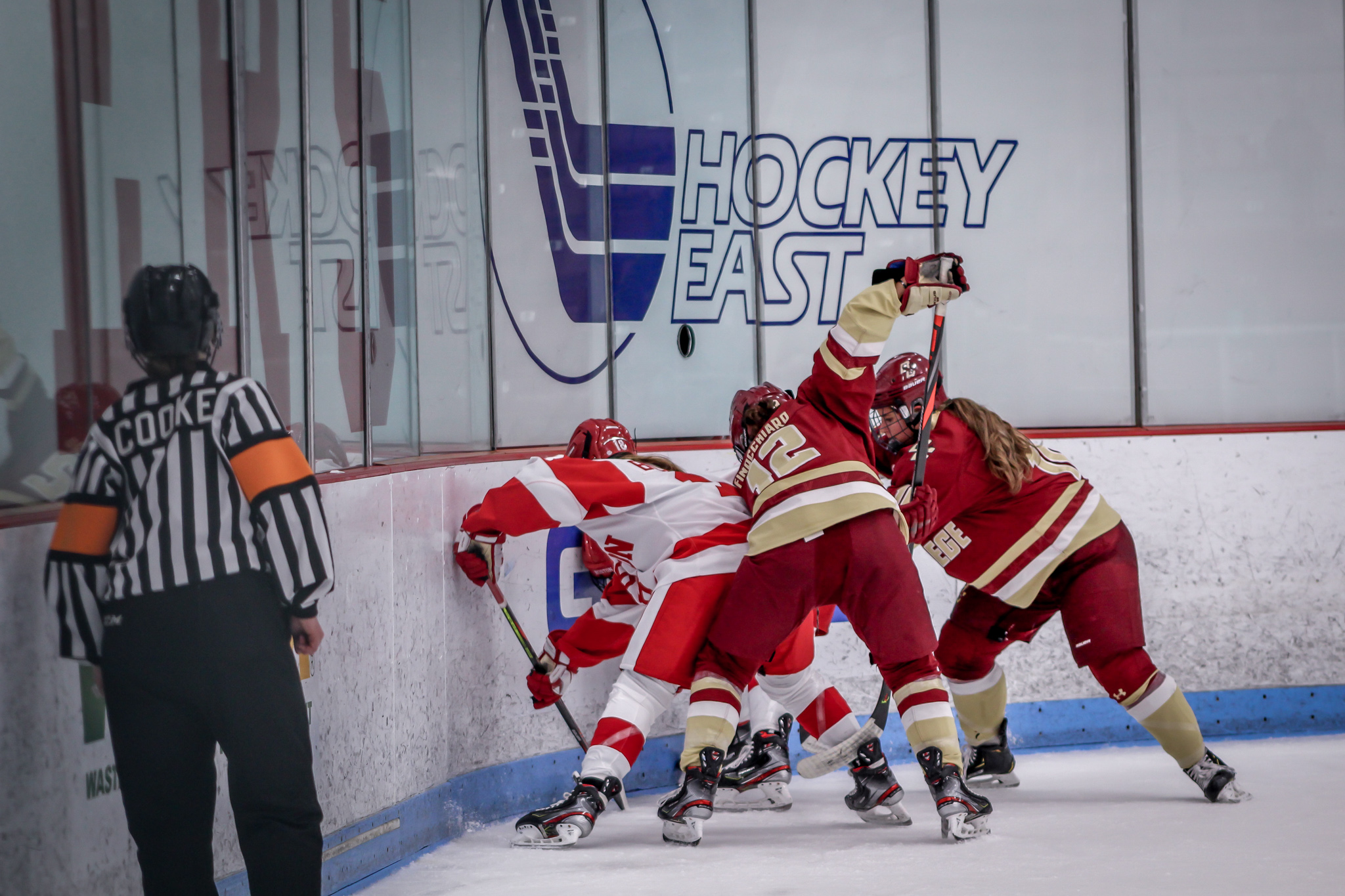 Hockey East announced Friday that the league will return to play and begin the 2020-21 season on Nov. 20. The announcement comes after Andrew Mahoney of the Boston Globe first reported Thursday that schools around the league could be playing games as soon as Nov. 20, with all teams off and running by the first week of December.

Mahoney pointed out that with winter break, and perhaps delayed spring semesters, programs would have plenty of time to get games in without large student bodies on campus.

Games will absolutely look different, as there will likely not be fans in attendance at all this season, made official at Boston University just last week. Also, typical start times of 7 or 7:30 p.m. could be a rarity as Massachusetts Gov. Charlie Baker’s latest executive order, effective today, Friday Nov. 6, rules that business must close and indoor gatherings must disperse by 9:30 p.m.

Earlier in the summer, Hockey East announced plans to have a season centered around conference-only play. Men’s ice hockey head coach Albie O’Connell said in October that he feels optimistic about being able to pull off a league-only schedule.

“I think the league and the new leadership have done a good job trying to navigate some uncharted waters from the start of the summer, to now,” O’Connell said. “One of the biggest challenges is how do you return to play and how do you go to other people’s campuses?

“The nice thing is our geography with everyone pretty close and a lot of same-day travel. There’s a smart, logical reason for only playing our league. Geographically we can do it better than anyone in college hockey.”

In September, the Hockey Commissioners Association released a statement officially delaying the start of the 2020-21 season. Certain leagues across the nation have already announced plans for a schedule, and in all likelihood, any schedule is sure to be a condensed one, compared to past years.

Mahoney reported that the goal would be for each school to play each other twice. That would result in a 20-game schedule for the 11 men’s teams, and 18 games for the 10 women’s programs.

In September, women’s ice hockey head coach Brian Durocher said that he still sees an opportunity for student-athletes to be rewarded in what is sure to be a modified schedule.

“I really believe that we don’t have to play the full 34 games and full playoffs to have a rewarding year,” Durocher said. “We can have a lesser number than that. If you have 20 games and a league playoff to crown a champion, that could be a rewarding experience for the kids.”

The delayed start to the season only means more time to practice, prepare and perfect all facets of the team’s game.

“There’s never a bad time to keep working on your skills, and I think that’s kind of what you’re doing here, working on things and getting ready to go,” Durocher continued. “When and if things take place, the players will be very excited to be back on the ice and playing games.”

While there is still no complete schedule officially announced, a start date is certainly a step in the right direction.