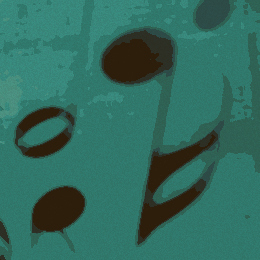 A Bobby Kennedy campaign poster. A group photo of the March on Washington speakers in front of the Lincoln Memorial. A photograph of Mahatma Gandhi. Several prints of marchers: black men in suits with linked arms or walking side by side. These and dozens of other framed images greet visitors to the honorable John Lewis’s office on Capitol Hill. The pictures instantly immerse viewers into decades of activism and service in which Rep. Lewis has engaged on behalf of the “beloved community.”

The phrase “beloved community” comes from the Civil Rights Movement of the 1950s. Influenced by the Social Gospel Movement in America as well as the teachings of Gandhi, Martin Luther King, Jr. brought the phrase into common parlance. As one of King’s protégés, Rep. Lewis offered his definition in his memoir. Breaking it into parts he wrote, “‘Beloved’— not hateful, not violent, not uncaring, not unkind. ‘Community’— not separated, not polarized, not adversarial.”1 Rep. Lewis’s understanding of beloved community has fueled his lifelong passion for justice.

Despite his family’s early warnings to “stay out of trouble,”2 it did not take Rep. Lewis long to identify a trouble for which he was willing to die. Deeply inspired by the heroism of Rosa Parks and the moving rhetoric of Martin Luther King Jr., Rep. Lewis affiliated with civil rights activism during his student days in Nashville. As a member of the Southern Christian Leadership Council and the chairman for the Student Nonviolent Coordinating Committee (SNCC) during the turbulent years 1963- 1966, Rep. Lewis helped organize and run activities that were instrumental to the entire Civil Rights Movement. After many successes and failures‒ more than 40 arrests, and numerous beatings and injuries that brought Rep. Lewis very close to death– his allegiance to our nation and to the African American community has remained consistent.

A thirteen-term U.S. congressman and 2010 recipient of the Presidential Medal of Freedom, Rep. Lewis has come a long way since the days of sit-ins and freedom rides, yet his tactics and fervor persists. With linked arms to fellow members of his beloved community, Rep. Lewis’ leadership style seems an anomaly in today’s sensationalist media coverage. Instead of self-promotion, Rep. Lewis intently inspires young leaders to educate themselves and to harness their voice and action as the noblest vehicle for change3. The Freedom Schools, which were classes designed to educate African American children and adults on African American history, and information to help pass state-imposed “literacy tests” required to vote in elections, began under Rep. Lewis’s tenure at SNCC. Speaking at their training event this summer, Rep. Lewis encouraged youth to bring about “a nonviolent revolution, a revolution of values, and a revolution of ideas.”4

The nature of racial inequalities may have changed over the past 50 years, but the tactics employed by Rep. Lewis alongside his beloved community live as legacies of the Civil Rights Movement. At the ripe age of 74, Rep. Lewis continues to practice what he preaches. Rep. Lewis’ recent involvement in demonstrations following the tragic deaths of Michael Brown and Eric Garner attests to the altruistic and unyielding nature of his activism. This past August, Rep. Lewis joined the Atlanta community in a rain-soaked march to stand in solidarity with the peaceful actions of the people of Ferguson. For Rep. Lewis, nonviolent action seeking to “wake up a sleeping nation, to educate and sensitize those who become awakened, and to ignite a sense of righteous indignation”5 is essential.

To learn more about Rep. Lewis’s understanding of the beloved community, particularly in terms of singing during the Civil Rights Movement of the 1950s and 1960s, we traveled to Capitol Hill for a personal interview in his office6. Gathered around a table beneath the framed photos, Rep. Lewis recalled how activists used music during the movement. At one point, he expanded upon the lunch counter integration efforts in Nashville that were organized by the Nashville Student Movement.

Singing was particularly important in the mass meetings where activists assembled before embarking on their planned action. Protesters and their supporters who would not join them on the front lines sang together. In a subdued voice, Rep. Lewis explained, “If we thought that something might happen [at a demonstration], someone might get arrested,” then he paused “or worse, we would sing ‘Will the Circle be Unbroken?’ Not just once but over and over.” Lifting his arms and crossing them in front of him, he continued, “At the end of the meeting we sang ‘We Shall Overcome’ holding hands.”7

However, at the lunch counter, the congressman pointed out, the highly trained students did not sing. When demonstrators took their places, they asked for “a sandwich or a cup of coffee.” Then, they were silent. “We would read a book… or look straight ahead.” He cupped his hands on the table in front of him, re-enacting the scene as he lifted his eyes and looked into the distance. “But once we were arrested‒,” he stopped and smiled knowingly as he walked over to a neatly organized stack of framed photos similar to the ones on the wall above him. Sorting through them until he found the one he wanted and brought it back to the table, he resumed his story, “Then the singing would start.” Pointing to the image of two police officers carrying him toward a police paddy wagon, he said, “I’m not singing here, but once we were in the paddy wagon, we made it rock! And the [protestors] outside [the stores] would be singing, too.”8

This brief vignette from our longer conversation offers a window for deeper analysis of singing as a means of developing and sustaining the beloved community. Singing together provided protesters and their supporters a precious time of participation as equals while they sang and listened to music. These moments of “egalitarian resonance” microcosmically enacted the larger interracial society that they envisioned.9 In singing, they found empathy with each other, integrity as individuals, and hope for the future, all personal characteristics that form the bedrock of an ethical community and ethical leadership.10

Empathy for each other is apparent in the words of “Will the Circle be Unbroken?”. Written in 1907 for the international revivalist Charles A. Alexander, Ada R. Habershon’s lyric speaks to the desire of loved ones to be together after death.

Will the circle be unbroken

Is a better home awaitin’

As Rep. Lewis said, activists knew they could be hurt, “or worse.” They had seen their comrades maimed and they had seen their dead bodies exhumed from graves and riverbeds. A sense of hope also infuses these words. Their repetition “not just once, but over and over” imprinted the protesters’ feelings for each other and their desire for justice in a time to come.

A similar sense of hope is distilled from the words of “We Shall Overcome.”

We shall overcome someday.

Oh, deep in my heart, I do believe

We shall overcome someday.12

Resilience and determination in the lyrics fire the hope for overcoming the known barriers and the unknown trials before a future, a “someday,” of peace and equality.

The distinctive physical linking of hands in a chain— different from the way singers held their hands to sing, “Will the Circle Be Unbroken?” — added a ritualized connection through physical touch. Singing together created egalitarian resonance which contributed to the beloved community that the activists hoped to create for themselves and succeeding generations.

Singing spirituals and freedom songs during the Civil Rights Movement of the 1950s and 1960s provided a vital impetus to the labors of those who sought to change American society. Singing helped create and sustain the beloved community then; it continues to be a work in progress now. Rep. Lewis provides a living link with the past as he speaks, walks, and lobbies for a peaceful, kind, and caring American society that lives together without being polarized and adversarial: a contemporary beloved community.

[6] The interview was made possible through the efforts of Daniel Krivit, BU LAW 1957 and funding by Dean Natalie McKnight and the CITL undergraduate research assistant program.

[11] http://www.cyberhymnal.org/bio/h/a/b/habershon_ar.html. accessed December 26, 2014. The Carter Family recorded “Can the Circle Be Unbroken By and By?” in 1928.  Now part of public domain, the song lyrics have been modified by various performers. Singers associated with the Civil Rights movement including Joan Baez and Bob Dylan performed and recorded it.

[12] Sing for Freedom: The Story of the Civil Rights Movement Through Its Songs. Guy and Candie Carawan, eds. Montgomery and Louisville: NewSouth Books, 2007, 8-9.