Essay: Abstract Reasoning in the Azores: Contributing and Contemplating at the Second International Interdisciplinary Conference 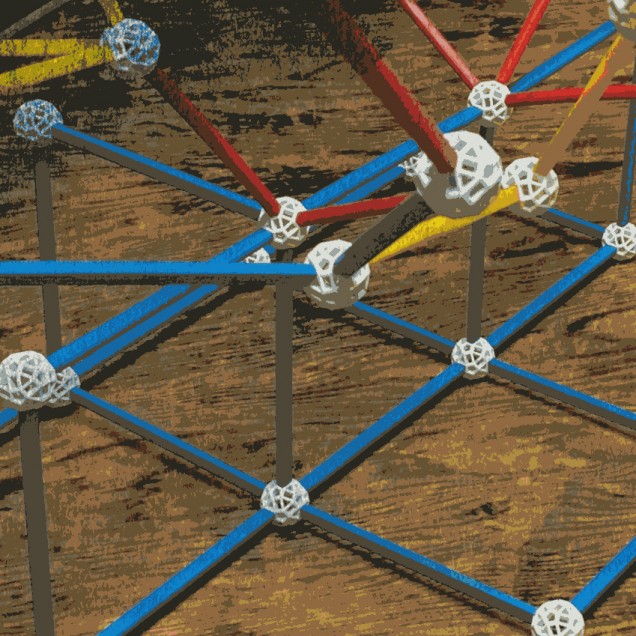 I was invited to speak at the Second International Interdisciplinary Conference, which brings together researchers from around the world to bridge different cultures, scientific attitudes, and academic stages. It was held at the University of Azores, Portugal, and with limited flights from Boston, I took a flight that arrived in Ponta Delgada several days before the conference. I had plenty of time to refine my talk, and also had some time to explore the town and its scenic environs. The Azores are beautiful. Though they are islands at the margin of Europe, they are anything but isolated.

People from more than 20 countries were slated to attend the conference, which featured a wide-array of topics, spanning nutrition in rural India, landscape design in the Czech Republic, and teaching mathematics in Portugal. What could I possibly offer to connect these disparate themes? I came prepared to discuss connections between art, aesthetics, and science. Could I bridge the conceptual chasm between heat pumps in Slovenia, buzzard populations in Moldova, and women’s issues in Nigeria?

These aren’t exactly the questions I ask myself every day as a professor at the College of General Studies; but in a sense, our students do. How does a young person reconcile cognitively a semester that features the philosophy of Kant, the politics of modern China, and the intricacies of photosynthesis? What does all this mean to a second-year undergraduate seeking a degree in finance or communications? Abstract reasoning, our amazing ability to connect, contextualize, and create, holds the key.

During a productive sabbatical in 2012-13, which included a National Endowment for the Humanities-sponsored summer institute in Mexico, an artist’s residency in the Catskills, and a serendipitous trip to Sri Lanka, I formulated some thoughts about how we make connections. I thought about how art and science relate to one another. Aesthetics, which I consider to be an algorithm for problem solving, is the diaphanous fiber that connects the two. Aesthetics, or abstract reasoning, engenders many ways of thinking and behaving, all of which are aimed at problem-solving. These ways of thinking and behaving help translate the abstract signals in our environment into a coherent narrative. At the conference, I presented these as “scientist-artist behaviors.” As an artist and a scientist I have come to understand that the way artists and scientists get things done is not that much different. Artists and scientists both grapple with problems they perceive in their environment. Both scientists and artists spend long hours contemplating, reflecting, and curating ideas. And experimentation in the form of serious play is native to both art and science cultures.

As I returned to teaching in the fall of 2013 I experimented with bringing these ideas to my students. My goal was to help them bridge the abstract, irrational, seemingly random world of natural phenomena with a cognitive-rational narrative we call “science.” I developed a set of laboratory experiences in which students had the opportunity to observe, contemplate, and play on a weekly basis.

These are not trivial expectations. Students prefer to perform the rote tasks they need to fulfill during a lab, and they like to do this as fast as possible. To observe and reflect means we have to slow down. Such reflection and observation also threatens to take us out of our comfort zone. We may be experts at contemplating a pair of shoes on Newbury Street, but it’s different when we’re asked to evaluate a landscape or a series of organismic forms and reflect on our visual preferences.

And “play” is something our students left behind as they took on the mantle of young adulthood, honing their achievements in high-impact educational environments as they prepared for college. Common wisdom refutes play. Don’t our students have enough facts and figures to learn? But increasingly, contemplation and play are seen as the heart of learning. John Dewey understood this. RISD’s John Maeda is a champion of STEAM (science, technology, engineering, art, and math) education, and the Media Lab at MIT is leading the way exploring this kind of interdisciplinary learning. Now we’re playing at BU.

I presented these ideas during my talk at the Second International Interdisciplinary Conference, illustrated with photos of my students’ creations: human-sized enzymes and discrete phenomena that join together to create a larger scientific narrative of our water experiments. And the many tweets that my students use to communicate their findings, often in strikingly accurate scientific language, punctuated my talk. Seeing students at work and play sparked the imagination and enthusiasm of my audience, most of whom also work as teachers.

Our young people are our future. We can’t teach them how to solve the problems that they will face in 20 years. Individually, no single disciplinary “content” we offer will take them where they need to go. The world they face is unpredictable, random, and abstract. The tools they’ll need to face it go beyond technology, beyond our books, beyond the disciplines we have struggled to master (and which we naturally but perhaps misguidedly want to pass down). Our students face a world that requires real-time human agency. They will need to think and act quickly, collaboratively, and creatively. Our job as educators is to help them develop their innate ability to connect disparate ideas, which will expand their horizons through interdisciplinary work. Helping our students approach and solve problems through abstract reasoning is our contribution to their future.