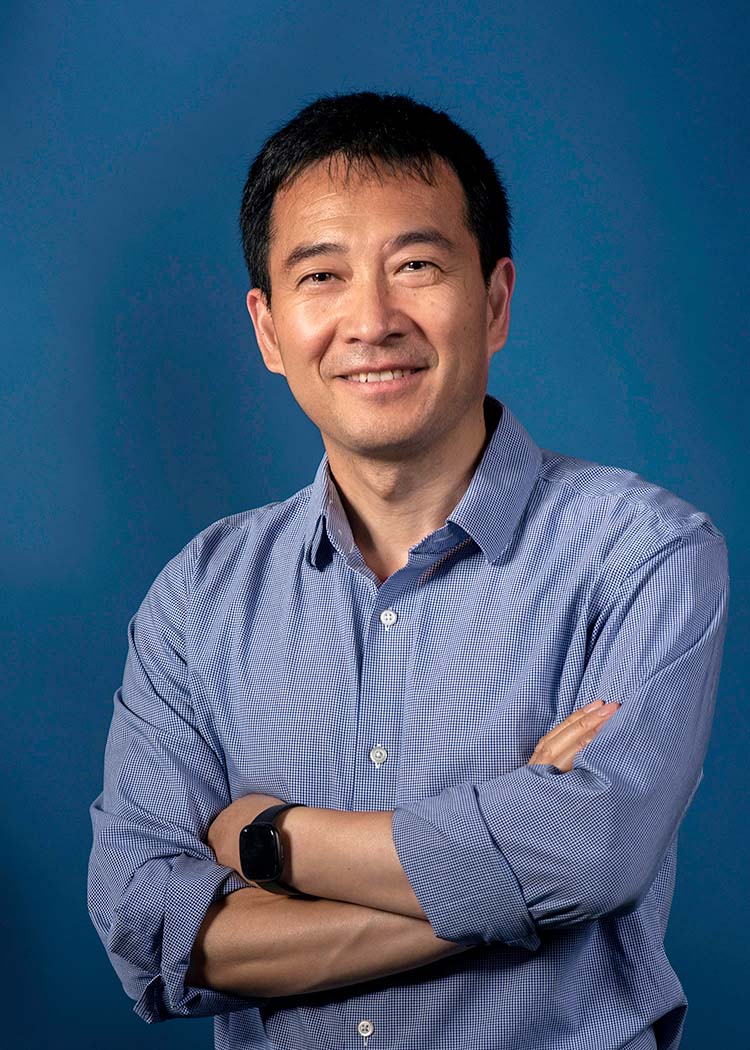 Ji-Xin Cheng attended University of Science and Technology of China (USTC) from 1989 to 1994. From 1994 to 1998, he carried out his PhD study on bond-selective chemistry at USTC. As a graduate student, he worked as a research assistant at Universite Paris-sud (France) on vibrational spectroscopy and the Hong Kong University of Science and Technology (HKUST) on quantum dynamics theory. After postdoctoral training on ultrafast spectroscopy at HKUST, he joined Sunney Xie’s group at Harvard University as a postdoc, where he spearheaded the development of CARS microscopy that allows high-speed vibrational imaging. Cheng joined Purdue University in 2003 as Assistant Professor in Weldon School of Biomedical Engineering and Department of Chemistry, promoted to Associate Professor in 2009 and Full Professor in 2013. He joined Boston University as the Inaugural Theodore Moustakas Chair Professor in Photonics and Optoelectronics in summer 2017.

Cheng is authored in over 290 peer-reviewed articles with an h-index of 88 (Google Scholar). Chemical microscopes based on his innovations, including CARS, hyperspectral SRS, mid-infrared photothermal, are installed and used in many countries worldwide. His research has been supported by ~40 million ($) funding from federal agencies including NIH, NSF, DoD, DoE and private foundations including the Keck Foundation. In 2014 He co-founded Vibronix Inc which is devoted to vibration-based imaging technologies and medical device innovations. In 2019, he co-founded Pulsethera aiming to kill superbugs by photolysis of intrinsic chromophores. Cheng is a Fellow of Optical Society of America, a Fellow of American Institute of Medicine and Biological Engineering, and associate editor of Science Advances. Cheng initiated the inaugural Gordon Research Conference on Chemical Imaging, to be held in Easton, MA in August 2023. Among his honors, Cheng received the 2020 Pittsburg Spectroscopy Award from the Spectroscopy Society of Pittsburg, the 2019 Ellis R. Lippincott Award from OSA, Society for Applied Spectroscopy, Coblentz Society, the 2016 Research Award from Purdue University College of Engineering, and the 2015 Craver Award from Coblentz Society.