Antibiotic resistance kills an estimated 700,000 people each year worldwide, and studies predict that this number could rise to 10 million by 2050 if efforts are not made to curtail resistance (Nature, 2017, 543:15). In parallel, multi-drug resistant fungal species such as Candida auris have become a significant threat to human health (Clinical Microbiology Reviews 2018, 31: e00029). Despite this, the pace of resistance acquisition from mutation in pathogens is faster than the clinical introduction of new antibiotics or anti-fungal drugs. The current project aims to tackle this severe situation by developing a novel phototherapy that sensitizes multi-drug resistant bacterial and fungal species to reactive oxygen species (ROS)-producing agents. In the first study, we show that photolysis of staphyloxanthin (STX), an intrinsic chromophore is S. Aureus membrane, sensitize MRSA to ROS. [Advanced Science 2019] 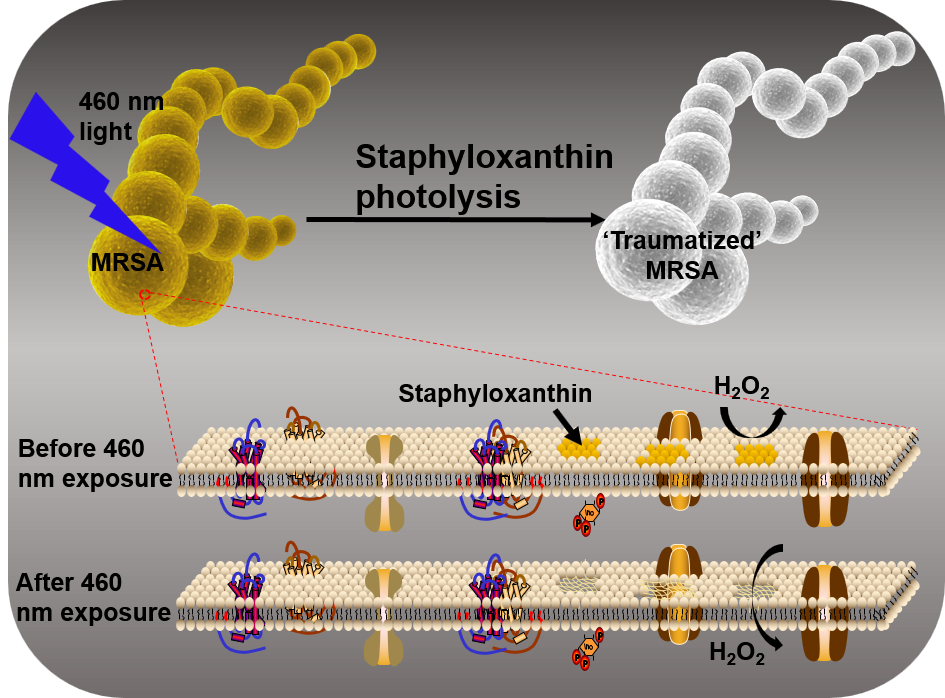