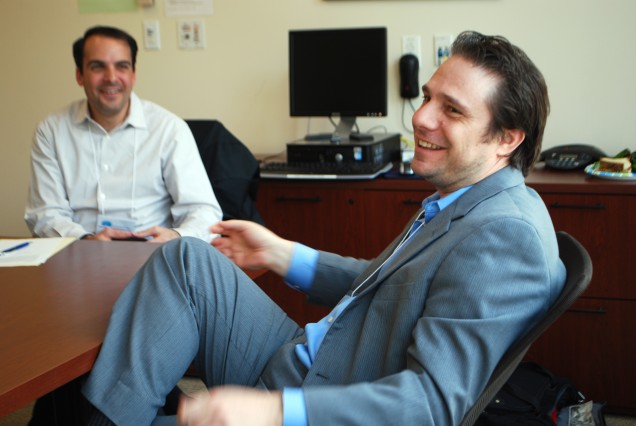 How did you become involved in alcohol, HIV, and cardiovascular research?

I was very interested in cardiovascular research and spent time on the Framingham Heart Study when I was a General Internal Medicine fellow at Boston University from 2002 – 2005. But I also became fascinated with the HIV angle of cardiovascular disease, because this was around the time when the HIV epidemic was transitioning into the HAART era and data in this area were minimal. There were case reports showing that more HIV-infected people were having heart attacks at younger ages but without the risk factor profiles you expect to see. During that same time, Jeffrey’s team was doing research on alcohol use, HIV, and antiretroviral therapy (ART) adherence, but they weren’t focusing on cardiovascular disease. So I brought together Jeffrey and Curt Ellison, a PI on the Framingham Heart Study who was also interested in alcohol and cardiovascular disease, to bridge the gap between HIV, alcohol, and heart disease. We looked specifically at the provocative question: Could moderate alcohol consumption actually help someone who is HIV-infected? It was thought that alcohol, particularly wine, could generally improve lipid values, raise HDL cholesterol, and lower insulin resistance. Interestingly enough, the new medications for HIV infection actually worsened an individual’s lipid profile and increased insulin resistance. Therefore, we were interested in seeing if moderate alcohol consumption could help offset the side effects of ART. Jeffrey, Curt and I received a K award for this research (where we ultimately found no evidence that moderate drinking provides benefit), and that’s how I got started in the field.

What’s unique about conducting the Russia ARCH and ZINC studies as compared to the research you do in the US?

I think research in Russia provides some unique opportunities. One is simply the difference in alcohol consumption, which is higher in Russia than in the U.S. In the U.S., you’re considered a hazardous drinker if you consume more than two drinks a day for men and one drink a day for women, and in Russia, more people will meet those criteria than in the U.S. Alcohol use is a more normative behavior, so there’s the opportunity to identify more participants for research and get insights that you wouldn’t get in the U.S. For example, when I was working on the Framingham study, no one would ever say there was a time in their life when they drank five or six alcoholic beverages daily, but we have seen that in our Russia studies.

Another important difference is that the HIV epidemic came later to Russia and many people are still trying to get on ART. In the U.S., it’s hard for us to get biological specimens before ART is initiated and alters both the HIV virus and an individual’s system. So Russia provides an interesting place to look at some of the work that we’re doing.

Your wife, Hilary Tindle, will be one of the PIs with you on the St PETER HIV study. What is it like working with her?

I’m really excited! We’ve worked on papers before, but this will be the first time we’ve worked on a study together. Hilary focusses primarily on tobacco and provides a level of expertise that I don’t have. She knows the tobacco literature, drugs, outcome studies, and trials. She even co-wrote the treatment portion of the Surgeon General’s 50th anniversary report on smoking and tobacco use. When I think about how alcohol works in HIV and its impact on heart disease, tobacco obviously plays a huge role as well. So it’s exciting to have someone on the grant, irrelevant that she’s my wife, who is incredibly knowledgeable about this topic. Also, from an NIAAA perspective, we will have the opportunity to simultaneously comment on alcohol and tobacco in a meaningful way. Overall, I think it’ll be fun to work with her. Her office is two doors down; we come into work every day, we write papers, so this is just one more thing to do together. Hilary’s also a really thoughtful person and a good check for me — she won’t hesitate to tell me if I’m wrong when I come up with a zany or lousy idea! 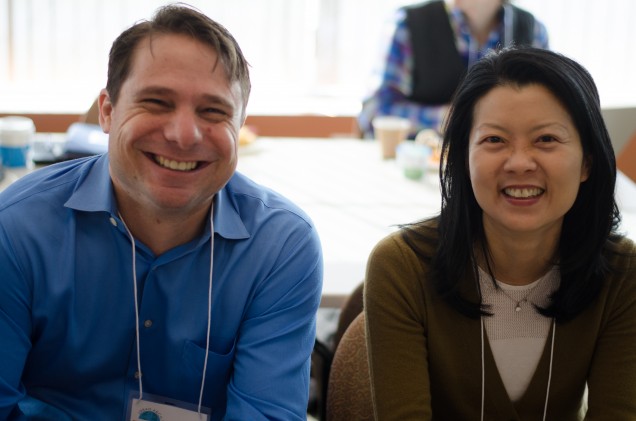 What are you most excited about for the future of Russia ARCH and URBAN ARCH in the next five years?

I think the St PETER HIV study has the potential to be clinically significant in three different ways. First, if we can safely administer Varenicline to HIV-infected people who drink and smoke and therefore provide benefit to these high risk individuals, we’re telling the medical community that individuals can be effectively treated with this drug. A lot of clinicians are nervous about giving Varenicline because of its potential side effects, but the side effects are much greater for people who continue to use alcohol and tobacco. Secondly, this study could also verify the use of Cytisine as an inexpensive and effective way to treat alcohol and tobacco use. Varenicline is chemically based on Cytisine, but this study could prove that Cytisine works just as well as Varenicline for a much cheaper price. Cytisine is currently used worldwide, and when thinking about HIV, alcohol and smoking as a global health problem, this could be a scalable drug for the U.S. to use. Lastly, Cytisine has the potential to reduce polypharmacy by treating two major health problems with one medication, especially since people living with HIV already struggle with polypharmacy. As these individuals live longer, they will need to take ART in addition to medications for a number of comorbidities that may occur. The use of one drug like Cytisine to treat two issues can not only cut down on polypharmacy, but could help increase adherence.

In this study, we are also using a nicotine metabolite ratio to find out how fast an individual metabolizes nicotine. This has the implication for improving personalized medicine because we can potentially tell someone which drug they should take based on their nicotine metabolite ratio. We can also go back and look at results to see why one drug might have worked better for some people than for others. In the age of personalized medicine, this could be a very promising development.

Overall, we’re really excited about this study and the incredible implications it could have. If we are successful there is the potential to really have a huge impact on care, which is why we are in the game. So we will see. It’ll be nice if we’re right, but we won’t know for five years.

Tell us something surprising about yourself.

I love traveling to interesting places. I visited a hospital at 16,000 ft in Manang, Nepal, sea kayaked from island to island in Abel Tasman National Park off the coast of New Zealand, and lived on a boat in Australia where I went diving six times a day. Hilary and I also spent two and a half months in Africa where we were charged at by lions, chased across a ravine by a female elephant because we didn’t see her calf, and caught in a water buffalo stampede. We canoed down the Zambezi River after Victoria Falls and tried to avoid crocodiles and hippos while sleeping along the shore in Zimbabwe. I enjoy going to these places and really seeing them.