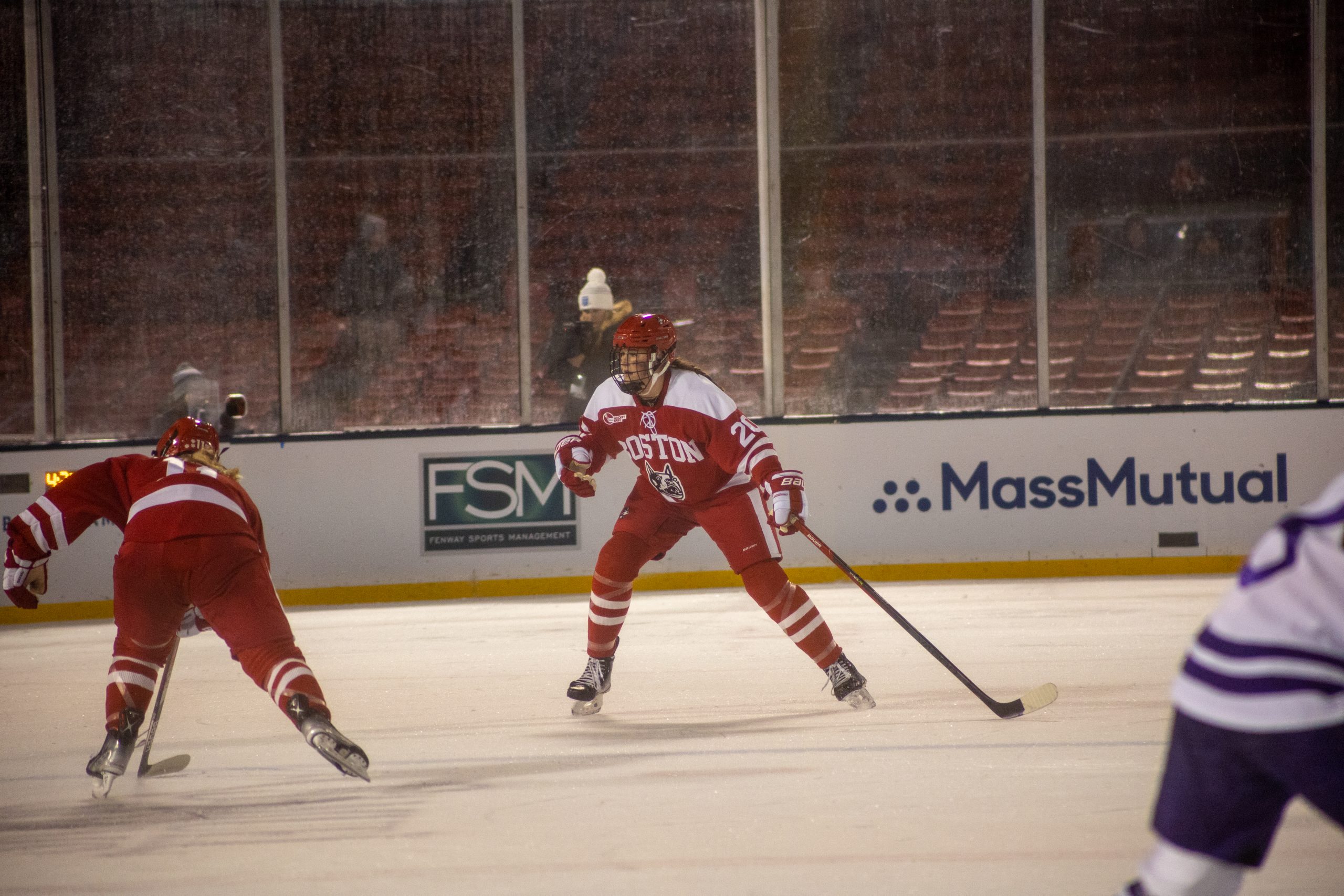 After securing the extra point in back-to-back draws, Boston University Women’s Hockey (7-15-2, 6-12-2 HE) will close out their weekend on the road by traveling to Durham, New Hampshire to face the University of New Hampshire Wildcats (9-16-0, 7-11-0 HE).

While the Terriers have struggled to win a game in the back half of their season, recent performances against No.13 Providence College and the University of Maine put BU in a position to collect their first win of 2023 this Sunday.

Since mid-November, the Terriers have been able to stay ahead of UNH in the Hockey East standings, and are currently two points above UNH. Although the Terriers have played two more games than the Wildcats, the remainder of the season could shake up the standings before going into the playoffs in late February.

This match-up will the third and final regular season battle between the two teams. Earlier this season, the pair faced off in a home-and-home weekend series where BU beat the Wildcats 2-0 in Durham, and UNH clutched out a 2-1 OT win over BU at Walter Brown Arena the following day.

When it comes to home-ice advantage, the Terriers have stayed pretty even across the board when it comes to home and away game records. Currently, BU is 4-6-1 at home and 3-6-1 when on the road. The Wildcats, on the other hand, have had a lot more luck on home soil, garnering a 7-6-0 home record in which two of their seven home wins include wins over ranked opponents (No. 15 Boston College and No. 14 UConn).

Even though UNH and BU seem to be evenly matched, BU’s use of senior forward Julia Nearis on the power play has brought the Terriers’ offensive special teams to new heights this week. Nearis has scored two power play goals in the last two games and will prove to be a threat to the UNH penalty kill.

While the Terriers have started to produce better offensive chances, the BU netminders have been the topic of discussion this season. After graduate student goaltender Andrea Brandli started four consecutive games from Jan. 6-17, sophomore goaltender Callie Shanahan took the start vs. Maine, making 27 saves and stopping two of three in the shootout. Furthermore, Shanahan’s season-high in saves (39) came in the 3-2 OT loss on Oct. 15 against UNH. All signs point to Brandli starting after her impressive 40-save performance against Providence on Tuesday.

In need of their first win of 2023, the Terriers will take on UNH at Whittemore Center Arena Saturday. Puck drop is scheduled for 2 pm.