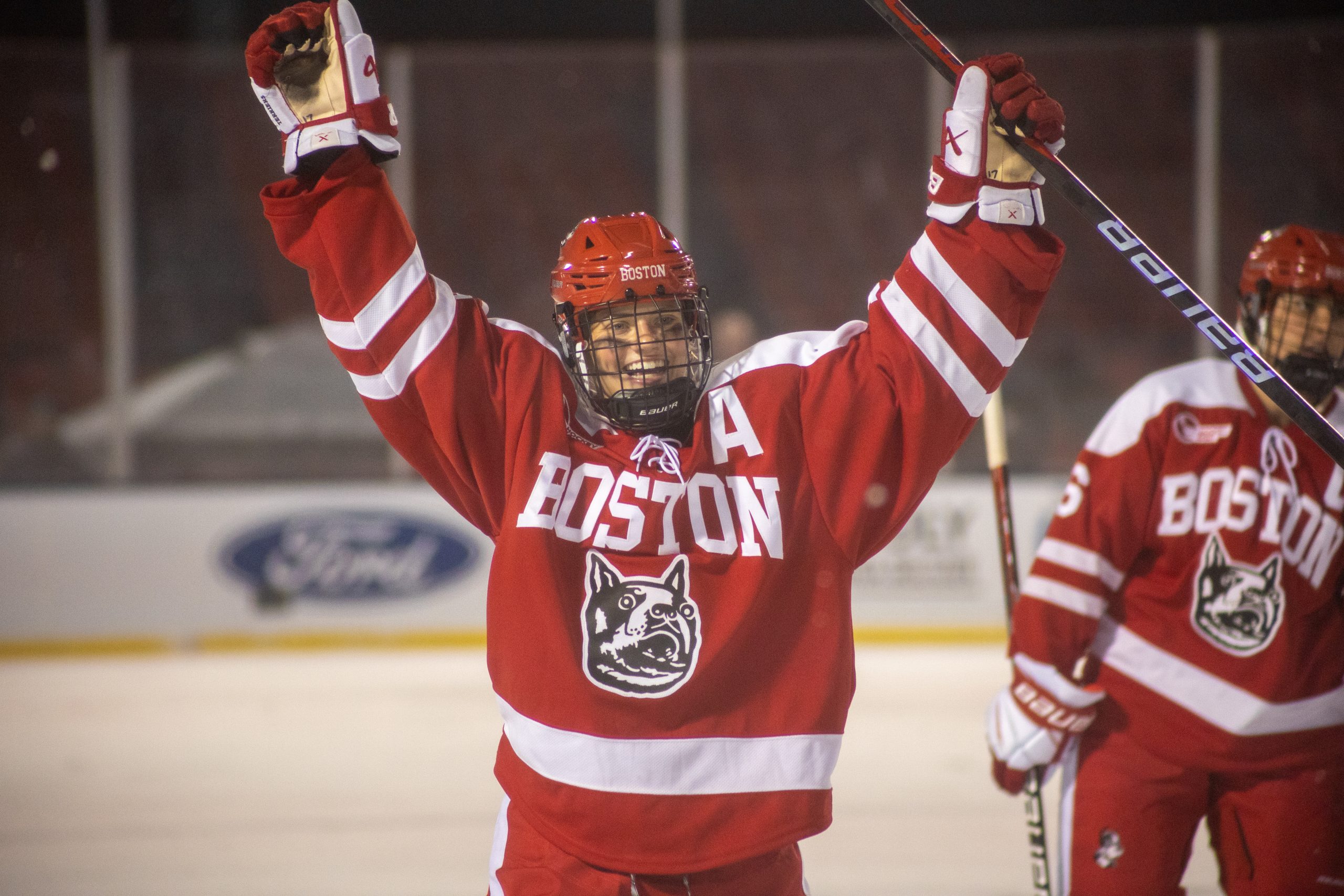 Coming into the Providence game with just one win in its last eight games, BU earned the much-needed midweek point over the ranked Friars.

Goals from junior defender Julia Shaunessy and senior forward Julia Nearis — the Terriers’ leading goal scorer — were enough to send the match into overtime. Sophomore Christina Vote had a career-high two assists as she had helpers on both tallies.

Nearis found the back of the net again in the shootout before junior forward Lacey Martin potted the game-winner in round four to give BU the extra point.

Graduate goaltender Andrea Brändli stood strong in her fourth consecutive start as the Terriers were outshot 42-23. She now sits 10th in the nation in save percentage with a .934.

At the other end of the ice, Maine has been splitting time in net between its three netminders: freshman Brooklyn Oakes, junior Jorden Mattison and junior Anna LaRose. Oakes has played the most minutes for Maine, but it was LaRose who got the start in the Black Bears’ most recent game against No. 7 Northeastern University.

NU shut out Maine 5-0, and the Black Bears come into this weekend on a four-game skid.

Friday’s game will be the third and final regular-season meeting between the pair, and Maine came out on top in the previous two games. Oakes earned the shutout on Dec. 3, while Mattison made 29 saves on 31 shots on Dec. 4 to help Maine sweep the weekend series at BU.

Freshman twins Lilli and Luisa Welcke lead the Black Bears in offense with 16 points apiece, and they are no strangers to the Terriers. Each twin has two goals against BU this season, including both game-winners from the first two matchups. Shutting down this pair will be crucial if the Terriers want to string together their first set of consecutive wins since mid-November.

The Terriers and Black Bears are set to square off at Alfond Sports Arena on Friday afternoon, with puck drop scheduled for 4 p.m. The game will be available for streaming on ESPN+.