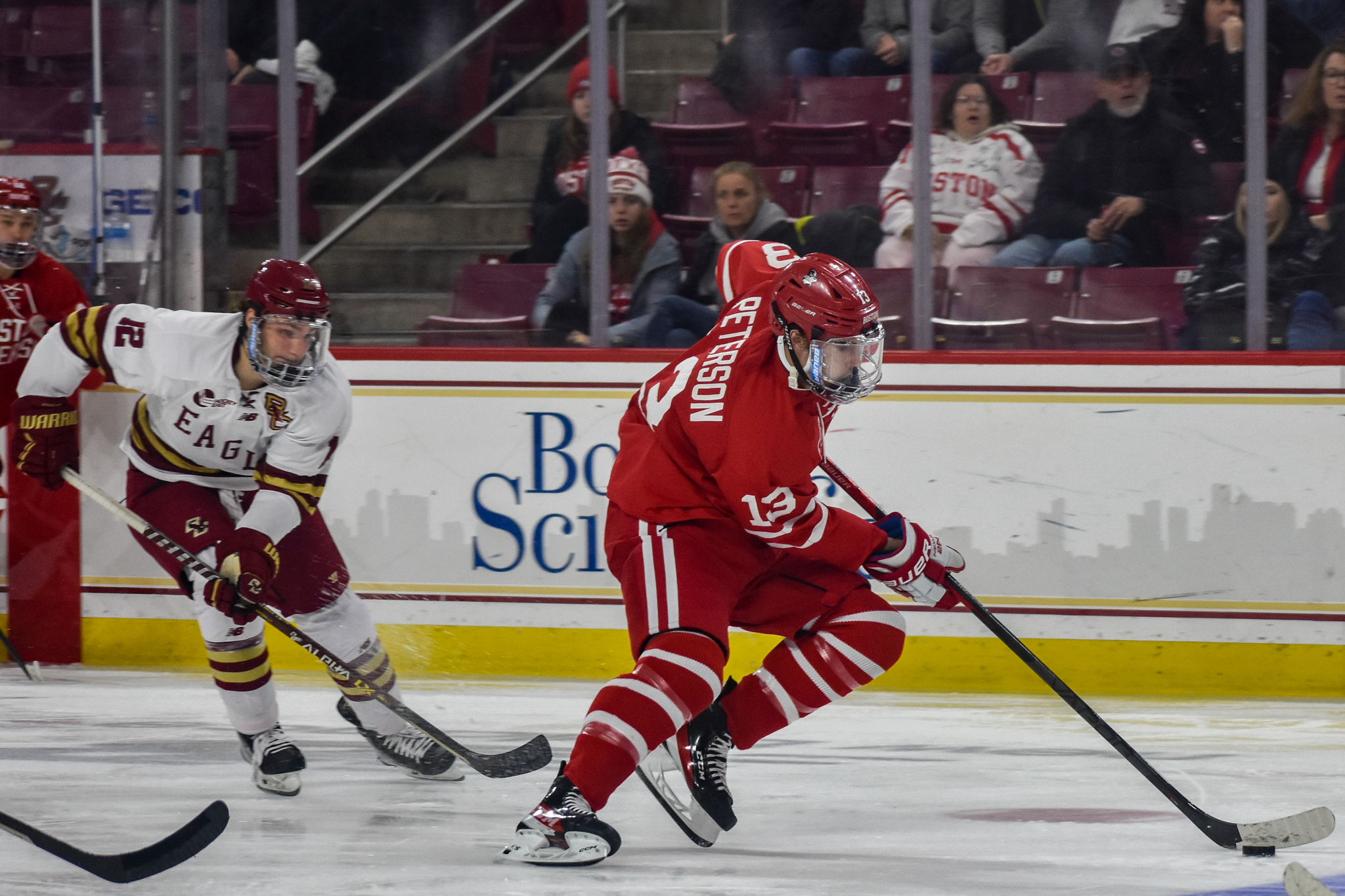 After not having a lead for the whole contest last weekend against Cornell, freshman defenseman Lane Hutson gave the Terriers the lead with 3.8 seconds remaining in regulation, completing the 4-3 comeback for the Terriers.

The Terriers enter the weekend on a two-game winning streak, putting them in the top five of both national polls for the first time since October 2017.

On Wednesday, it was announced that Hutson, senior captain Domenick Fensore and senior forward Matt Brown were all nominated for the Hobey Baker Award as the NCAA’s best player in collegiate hockey.

Brown is having an outstanding season, leading BU in goals (9), assists (19) and points (28) after assisting on the final two tallies in the Cornell win.

Additionally, senior defenseman Case McCarthy is coming off his best performance of the season, putting up three points this past weekend against Cornell and being nominated as the Hockey East Defender of the Week.

The Terriers are looking to continue their winning ways against the Black Bears, as they have won four of their last five games against Maine, including two of three meetings last season.

“It doesn’t matter who we’re playing, we always have the same mindset going into every game,” BU Head Coach Jay Pandolfo said. “They’re playing very well recently. They are a very structured, well-coached group, so we need to make sure we’re ready coming off of a huge win against Cornell.”

The Black Bears are playing very well recently, boasting a 7-2-1 record in their past 10 contests.

The Terriers have been extremely consistent, not losing two consecutive games all season. Pandolfo credited the team’s resiliency and leadership group as a result of their fifth-place ranking in the national hockey standings.

The Terriers will look to continue this trend at Agganis Arena this Friday evening. Puck drop is scheduled for 7 p.m.