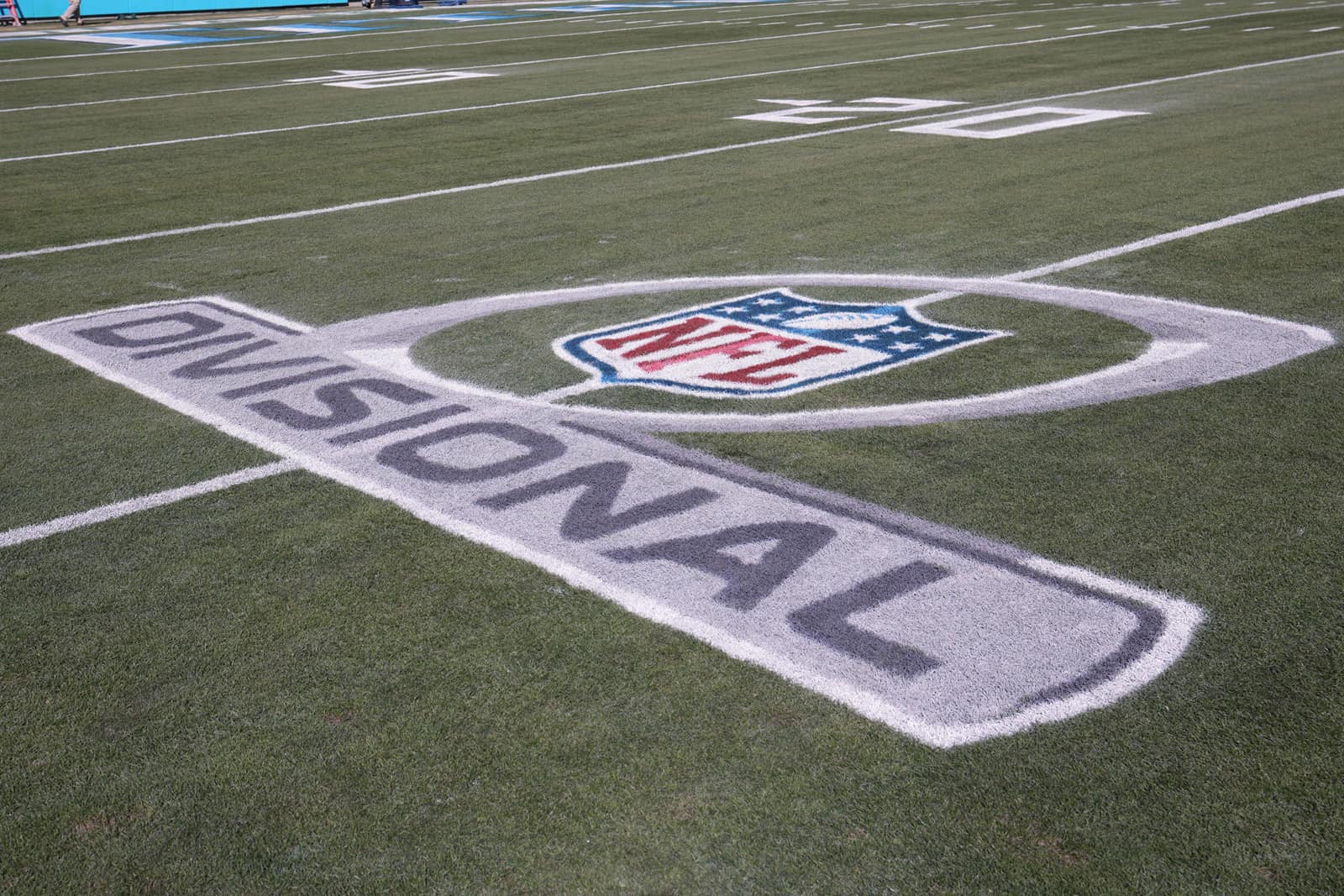 The Jaguars are playing with house money, on a remarkable run that has already seen them cash in on a 5% chance to make the playoffs midway through the season and a 1.5% chance of victory midway through their Wild Card playoff with the Los Angeles Chargers.

If it wasn’t already obvious, Doug Pederson is one of the NFL’s best head coaches. Despite fielding the NFL’s fifth-youngest roster, Pederson’s team plays sound football, and most importantly, they’ve fully bought into the process, a quality on full display during their 27-point comeback on Saturday. If there’s ever a playoff underdog capable of pulling off a miraculous run, it’s Pederson’s Jaguars.

The Chiefs, meanwhile, are almost bored of just how good they are — the laughably unnecessary choreography before KaDarius Toney’s touchdown in Las Vegas is evidence enough. And why not? Kansas City has the league’s best offense by Expected Points Added per play (EPA), success rate and DVOA; all after trading away Tyreek Hill and completely shifting their offensive approach. Patrick Mahomes should be the league’s undisputed MVP, and sneaky Defensive Player of the Year candidate Chris Jones leads a defense capable of blowing up games. The Jaguars are more than capable of keeping it interesting, but in the end, they just don’t have the horses to keep up with Mahomes and the Chiefs.

From the No. 1 pick and a three-win season, Doug Pederson righted the Jacksonville ship to a nine-win Jaguars squad that dethroned the Titans and has already advanced past the Wild Card round. A turnaround this significant could join the ranks of the 2012 Colts and the 1999 Rams with a couple more wins.

Jacksonville’s improbable comeback against the Chargers on Saturday night was a microcosm of their entire season. However, you can’t get away with four interceptions against this formidable Chiefs team. Lawrence only had seven picks in the regular season so it shouldn’t be a concern, but Jacksonville needs to play near perfect to have a chance – and I think they will. The most dangerous team in football is the one with nothing to lose; an embodiment of the Jaguars. Riding the momentum of six straight wins, I expect nothing less than a shootout between two explosive offenses.

The Chiefs have faltered before; losing to Indianapolis and keeping it way too close with Houston and Denver. However, this offense is nothing short of a wagon with Patrick Mahomes in prime MVP form. The game will be high scoring and competitive, but it seems like it will be the classic tale of Mahomes getting the ball last and doing the near impossible – again.

The Giants are better than people think; they have an elite run game, an excellent young defensive line, and a passing game that, while vanilla, is both reliable and productive. They are all glued together by one of the best first-year coaching staffs the NFL has ever seen. Brian Daboll should be the runaway Coach of the Year, and quarterback Daniel Jones, though certainly still limited, is finally playing mistake-free football.

But the 14-3 Eagles are just a brutal matchup across the board. The Giants’ offensive line is one of the strengths of the team, but the heavy-footed Evan Neal has struggled at right tackle all season, and he’ll be lined up against the lightning quick Hasson Reddick coming off a 16-sack regular season. The Giants’ defense is carried by its defensive front, but the Eagles offensive line has kept its quarterback cleaner than anybody.

If the Eagles win in the trenches, which is what they do best, it’s difficult to imagine how the Giants contain Jalen Hurts, AJ Brown and Devonta Smith. Daboll and the Giants will undoubtedly invite chaos, which could muddy the picture for Hurts as he nurses an injury to his throwing shoulder, but the Eagles are 14-3 for a reason.

The New York Giants have a tall task ahead of them in what will be their third meeting with the Philadelphia Eagles. The Eagles swept the season series, gashing the New York defense with a 70-38 point margin. The second matchup was essentially a wash with the Giants benching key players in Week 18 and Jalen Hurts returning from injury.

Hurts played conservatively in his rehab start, throwing an interception and no touchdowns. Two of the Eagles’ three losses occurred while Hurts was watching Gardner Minshew on the sideline, furthering their need for QB1’s shoulder to feel in top form.

The Giants have also had a roller coaster of a season, starting out red hot but only winning two of their final eight games. Expect the Giants to lean on Saquon Barkley and the play-action as they have all season on offense. New York’s run defense will struggle with a strong Philadelphia ground game and their offense has a tall task keeping pace with the Eagles’ Top 3 offense. Anything can happen in a division rivalry game and maybe Hurts isn’t feeling 100%, but I see Philadelphia walking to the NFC championship with relative ease.

The Bills keep winning — they haven’t lost in over two months — but with each victory they inspire less confidence. Buffalo was trying, almost begging, to be sent home by Miami third-stringer Skylar Thompson on Wild Card Weekend, as receivers not named Stefon Diggs dropped pass after pass and Josh Allen played one of the most chaotic games of his career, inexplicably launching deep balls with wide-open “hot” routes underneath and breaking clean pockets constantly.

The Bengals, meanwhile, look as stable as ever. The Ravens’ defense gave Joe Burrow and friends plenty of problems, but the Bengals offense kept their heads above water long enough to pass the game over to their defense, one of the most advantageous and intelligent in the league, to complete a gutsy, resilient win.

The Bills have a remarkably talented quarterback and an offense that can go thermo-nuclear at any moment. But currently, Allen is completely off his rocker, even if he’s athletic enough for it to occasionally work out for him. The Bengals defense takes their chances, and it’s hard to imagine Allen not giving them any.

I’d be reasonably confident in the Bills defense against this version of the Bengals offense — especially with Cincinnati’s depleted offensive line — but not with Allen and the offense so prone to giving the ball back to Burrow. Turnovers and field position will decide this one.

In a game of inches, these two teams are lucky to even be playing this weekend, almost ending their respective runs against backup quarterbacks. Tyler Huntley’s tragic fumble kept Cincinnati alive, and Buffalo gave Miami ample opportunities to send them packing. This is also a resumption of the game that never happened a few short weeks ago, and I expect the Buffalo faithful to be energetic in what should be an emotionally-charged matchup.

The Bengals will be down three starting offensive linemen making a bad situation uglier, especially with Buffalo’s front seven. With a Cincinnati team that heavily relies on the passing game, Joe Burrow will need to get the ball out quickly.

Buffalo should win this game for the simple fact that I think they’re the better team. However, the Bills looked unprepared against New England in Week 18 and almost watched the divisional round from their couch. Allen was reckless against the Dolphins with three giveaways and needs to clean it up against a better team. I still think Buffalo slips away with the win but not without some late pressure from the Bengals.

If you want to define these two teams with a stat, look no further than this — in their respective Wild Card matchups, Dak Prescott finished with an EPA/play of 0.74, and Brock Purdy finished at 0.72, both of which would be one of the best single game quarterback performances of the 21st century by that metric. But Prescott’s completion percentage over expected — a metric that is self-explanatory — was an incredible 13.4. Purdy’s? Purdy’s was 5.

That tells you everything you need to know about these two teams and these two quarterbacks. Both are extraordinarily productive, but one is doing it while throwing to a plethora of wide open superstar receivers, the other doing it off the back of outstandingly impressive tight window throws. Prescott is playing at an elite level — probably the best ball of his career — and if he continues to play like he did in Tampa, I would seldom put my bet against him and the Cowboys.

I took the Seahawks to upset the 49ers last weekend, almost exclusively because they had the markedly better quarterback. As it turned out, they did have the better passer, but the gap between San Francisco’s roster and Seattle’s roster was too great for Geno Smith to overcome. The gap between Dallas’ roster and San Francisco’s is much smaller, so give me Prescott over Purdy 10 times out of 10.

This one might blow up in my face, but I’m failing to buy in on the Cowboys this season. Dallas did surprise me on Monday not because they won but the blowout fashion in which they did it. Dak Prescott played lights-out, mistake-free football – which has been far from the case all season as Prescott’s league-leading interceptions remain worrisome. Combine that with the fact the 49ers’ defense ranks first in interceptions, and it could be an ugly, ugly day for No. 4.

The 49ers possess a whole armory of offensive weapons and have the perfect man – Kyle Shanahan – as their five-star general. Some worry that the lights will be too bright for rookie seventh-rounder Brock Purdy, who was far from top form in the first half of the Seahawks game. With a plethora of receivers who all seem to be ridiculously wide-open, Purdy recalibrated and put Seattle to bed in the game’s latter half.

Maybe it’s a case of the Cowboys getting hot at the right time, but San Francisco is my Super Bowl pick and I expect them to keep playing as so. If Dallas is able to pull this game off, I’ll happily apologize and start seeing them as true threats.