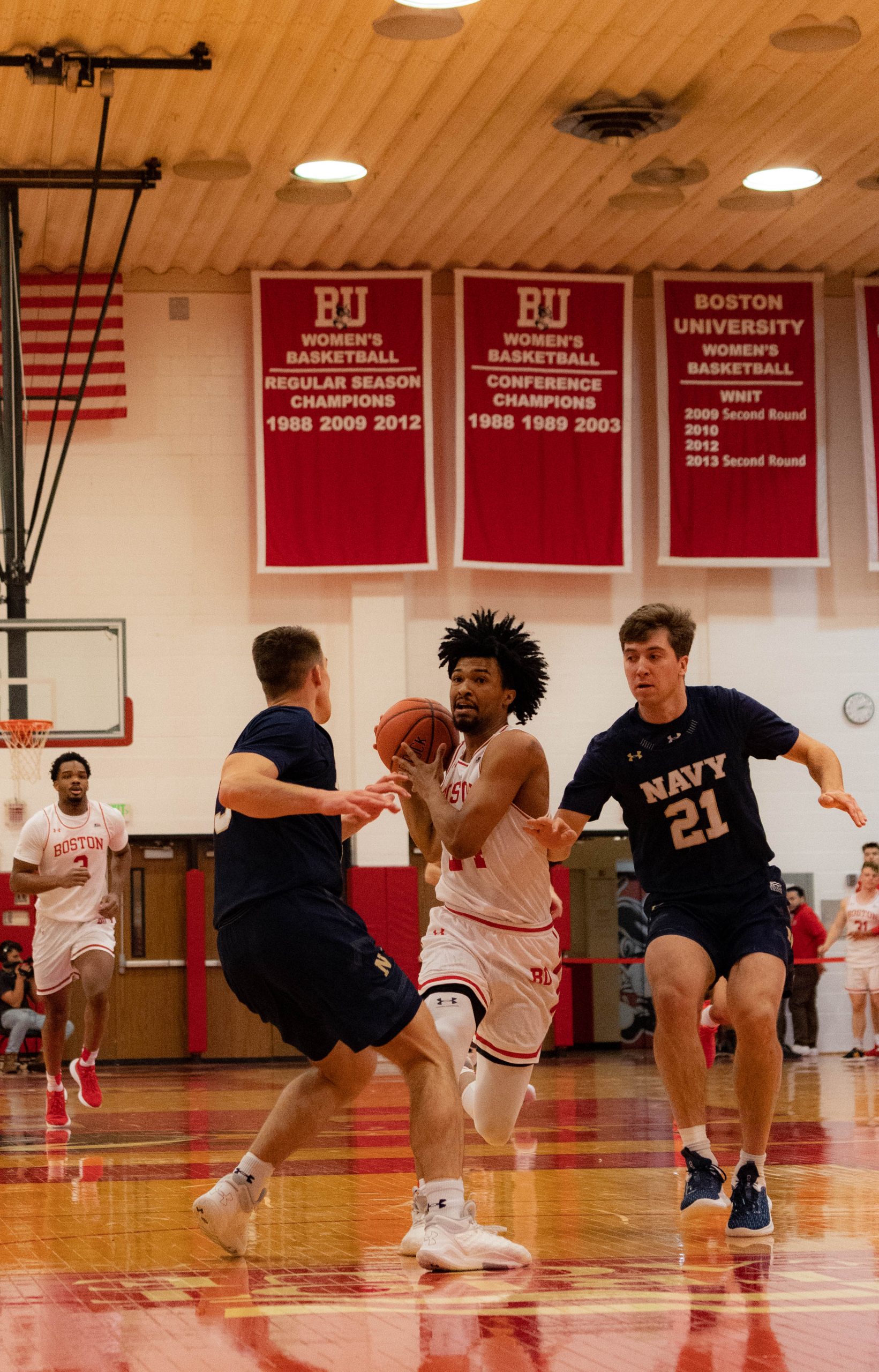 The Terriers dropped their fourth straight game, as the Midshipmen snapped a five-game losing streak.

Both teams came out of the gate slow, as BU took a 10-9 lead with 12:27 to play in the opening half, courtesy of a Daman Tate jumper. Guard Sean Yoder made a 3-pointer less than a minute later, giving the lead back to Navy and they didn’t give it up the rest of the way.

While Navy picked it up towards the end of the half offensively, the Terriers didn’t, as they headed into the break down 29-18. BU turned the ball over 13 times in the first half, while barely shooting over 30% from the floor.

“They came out aggressively and I thought that we got on our heels and weren’t able to put it all together,” BU Head Coach Joe Jones said about the Navy defense. “We just struggled to find our space. After not being successful, I think we struggled to find some confidence.”

BU cut the Navy lead to seven just over halfway through the second half, but other than that, it was all Navy.

Yoder led all players in scoring with 14 points on 5-for-12 shooting, with three made 3-pointers. Daniel Deaver was second on the team in scoring tonight with 13 points. He also added eight rebounds and four assists.

Sophomore forward Malcolm Chimezie continued to play well for BU as he has during their recent losing streak, as he tallied eight points on 4-for-4 shooting, adding six rebounds — four of them offensive — along with a pair of steals.

BU’s two top scorers on the season both struggled to find the bottom of the basket. Leading scorer Walter Whyte had seven points on 2-for-10 shooting. Second-leading scorer Jonas Harper also finished with seven points, shooting 3-for-8 from the floor and 0-for-5 from behind the arc.

Harper did notch his 1,000th career point for BU, making a free throw late in the contest. He is the 42nd player in school history to reach the 1,000-point mark.

“[Harper’s] had an unbelievable career. He’s meant a lot to our program. He’s someone that competes night in and night out. I’ve been very lucky to be around him and coach him as long as I have,” Jones said.

Navy maintained a double-digit lead for the last nine minutes of the game as they closed out the 18-point win.

The Terriers finished the game shooting 37.8% from the field, and 21.4% from three while turning the ball over 23 times.

“We really struggled to find good shots on offense. They did a good job of taking us out of our offense and we couldn’t muster up enough good shot attempts,” Jones said.

As for the current four-game losing streak, Jones is looking for more out of his players.

“I think right now we’ve got the wind taken out of our sails a little bit and we just need to step up and play better,” Jones said.

BU can look to end their losing streak on Saturday, as they take on Loyola Maryland at 1 p.m. in Case Gym.