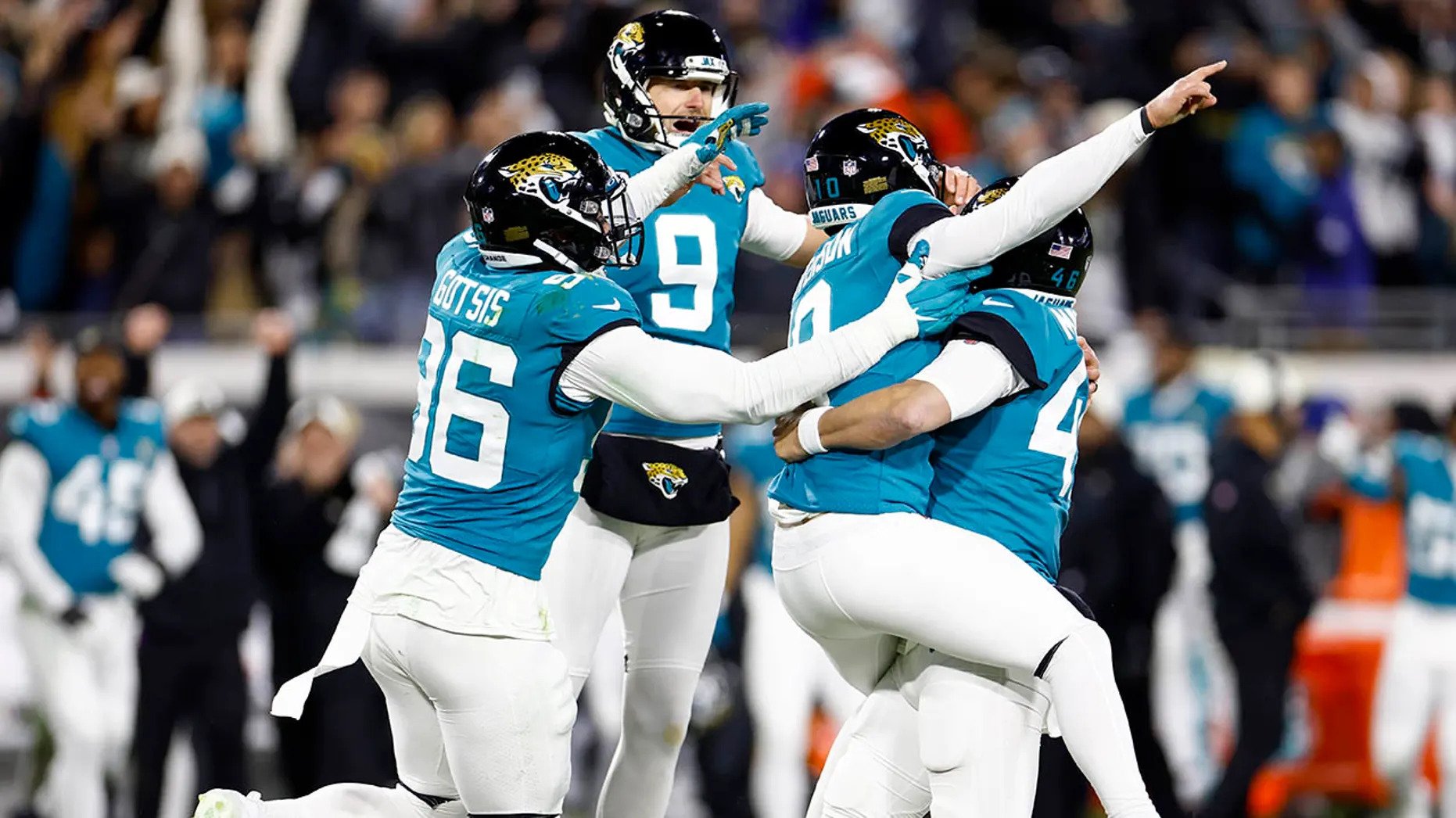 The first round of the NFL playoffs, now known as Super Wild Card Weekend, isn’t typically known for its parity. Last season, only one upset occurred (the Dallas Cowboys QB draw decision is still mindboggling), and there were only two games that kept it within a score.

This season differed vastly with multiple nail-biting, down-to-the-wire finishes. The Miami Dolphins nearly knocked off the favorites but took a boneheaded delay of game; the Baltimore Ravens were 0.6 yards from cleaning up the defending conference champions; and the Los Angeles Chargers, well, Chargered.

With even more at stake this weekend, this is what we found out from our Wild Card winners.

San Francisco 49ers: They really are that good

While other favorites faltered, the 49ers displayed dominance on all sides of the ball.

Rookie Brock Purdy is proving to be a suitable game manager with 300+ yards, three touchdowns and no interceptions. Some people saw the seventh rounder as a liability, but he’s been more than serviceable – I still expect his inexperience to slip out along the way, but his team’s good enough to cover it up.

The defense shut down Seattle’s early threats, but if there is a weak spot, the secondary needs to tighten up against the Cowboys next week, limiting CeeDee Lamb in what should be a more competitive game. I really had to dig to find a weakness, though, as San Francisco looks to be in prime Super Bowl form.

Jacksonville Jaguars: Good enough to clean up a lot of mistakes

The Jaguars are now 1-1 in games where Trevor Lawrence throws four interceptions in a half – which honestly isn’t a bad percentage for that stat.

What looked like a classic Wild Card man-handling by the Chargers turned out to be the best game of the weekend. I’ll give a shoutout to Chargers safety Asante Samuel Jr. for his three interceptions, which got lost in the chaos of the game.

The Jaguars defense played very well despite some ugly cards dealt to them early on. I was most impressed with Lawrence’s tenacity down the stretch, fitting throws in ridiculously tight windows with a rocket-like zip on the ball. Head coach Doug Pederson is steering a ship with a full head of momentum and nothing to lose that could be on pace for an improbable, 2020 Bengals-type run.

While I love Josh Allen, it would be unfair not to scrutinize him for his two interceptions and three fumbles on Sunday afternoon. Unfortunately, that’s a consequence of his play style.

In the last 11 games, Allen has thrown 12 interceptions and fumbled 13 times, but has 26 total touchdowns, according to a tweet by Mike Catalana.

Boxing in Allen may lead to less giveaways, but it also leads to less touchdowns. It’s similar to an NBA team that lives and dies by the 3-pointer – a great formula to win, until the shots don’t fall.

The Bills defense has been top-notch all season, but nearly let seventh-round rookie Skylar Thompson upset their Super Bowl bid. The truth of the matter is that the Bills haven’t looked prepared the last couple weeks. Cincinnati Bengals quarterback Joe Burrow is much more formidable than Thompson, so it’s a problem that needs to be addressed soon.

The defense needs to close its gaps and Allen needs to be feeling his 3-point stroke in order to keep their hopes alive in what should be an emotionally charged game against the Bengals in the wake of Damar Hamlin’s recovery.

The New York Giants: Rely on the play action

The Giants won the upset that everyone saw coming. The Giants defense did a great job limiting Justin Jefferson and Minnesota’s WR2 Adam Thielen to below 50 yards apiece. Next week, the defense’s only job is to hold firm and contain Philadelphia Eagles quarterback Jalen Hurts.

Part of the formula that’s worked so well for the Giants up to this point is the play action. Around 30% of Daniel Jones’ passing plays are play action and nearly 30% of his passing yards are off the play action, according to Pro Football Reference.

With Saquon Barkley’s massive comeback season, rushing for 1,312 yards, the Giants need to stay committed. The Giants mixed in the play action against the Vikings as well as a slick Statue of Liberty. The Eagles’ weak point is their run defense, which ranks 17th in league, so feeding Barkley and moving through the air with convincing sells is the key to offensive success.

There’s a lot of reasons this Cincinnati team is picked to win it all – Joe Burrow is playing like a first-overall pick, the Ja’Marr Chase-Tee Higgins tandem is near-unstoppable and the defense is able to keep pace.

However, the Bengals only advanced on account of Baltimore’s self-inflicted wounds. Looming over Cincinnati’s Super Bowl dreams is their porous offensive line. While offseason acquisitions have buffed up Burrow’s protection, injuries have left it tattered. Starting right tackle La’el Collins has a torn ACL and starting right guard Alex Cappa has an ankle injury on top of starting left tackle Jonah Williams dislocating his kneecap on Sunday night.

With three starters potentially out, the Bills front seven will be nightmare fuel for Burrow, who will have even less time to get the ball out. The good news is that Burrow and the Bengals made their playoff run last year with an even worse situation up front. The Bills and Bengals will make for a great game in next weekend’s marquee matchup. Even if Cincinnati survives, they’ll need to get healthy quick because it’s far from a sustainable winning formula.

The Cowboys had themselves a night in front of the Tampa Bay faithful on Monday. With Dallas’s up-and-down play the last few weeks of the season, I thought they were due for another first-round exit, or at the very least a competitive game. Dak Prescott’s league-leading interceptions and 11 interceptions in the last seven games seemed to be a liability.

All credit to Prescott and the Cowboys for taking care of business with a 31-14 victory in what could be Tom Brady’s final ride in Tampa. Prescott shined with 305 yards and four TDs, but most importantly zero interceptions.

Dallas and Prescott have a narrow margin for error against a formidable 49ers squad who rank first in interceptions across the league. Dallas can make it a game if Dak stays in this form, but if mistakes start compounding it could get ugly for “America’s Team.”