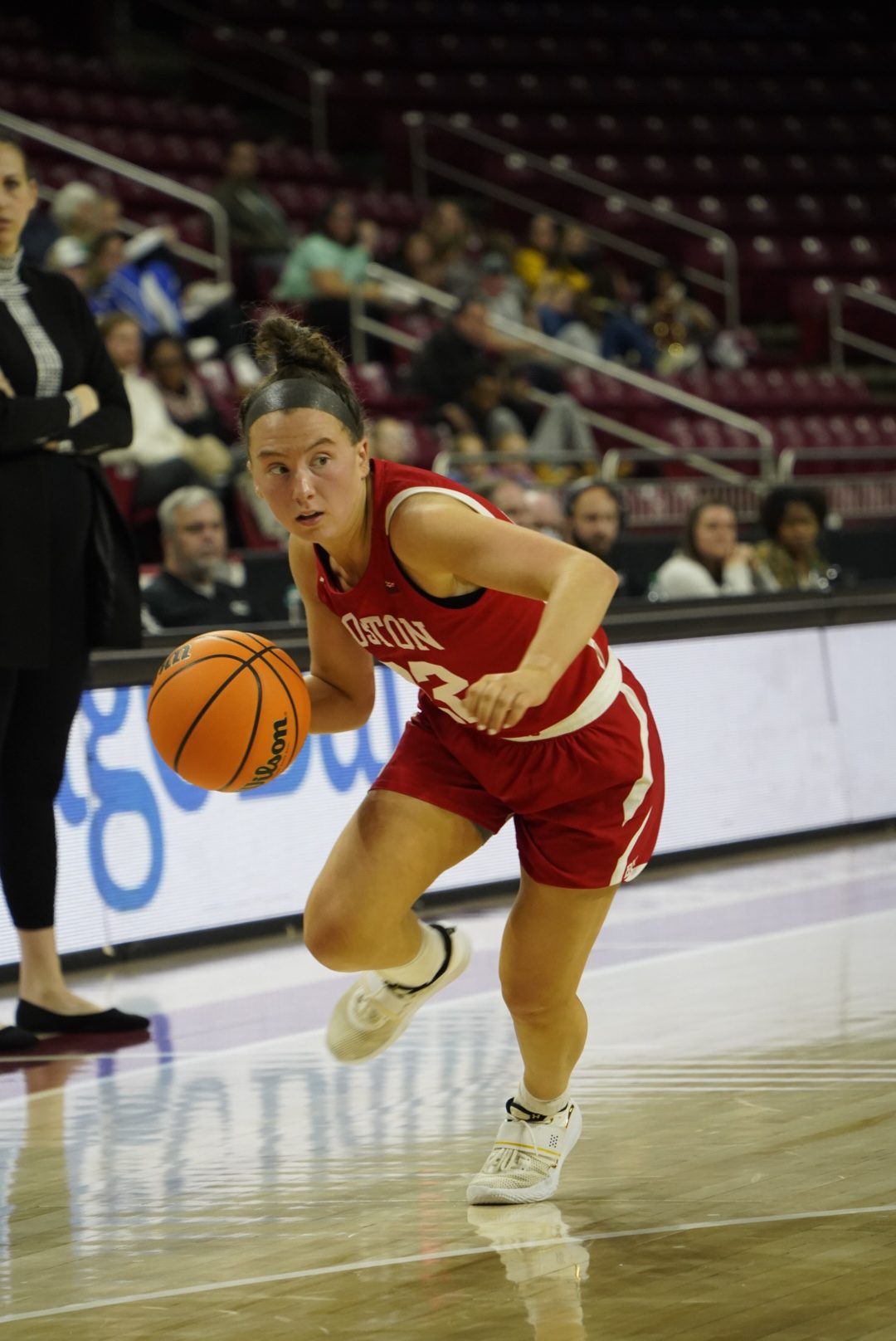 Starting off slow, the Terriers went back-and-forth with the Black Knights, all while trying to hold down the paint and keep the team from capitalizing from behind the arc. A series of 3-point plays and free throws broke down the Terriers’ defense and gave Army their largest lead of the game, 16-9, with less than four minutes left in the first quarter.

With a new sense of urgency, BU managed to prevent Army from stretching the lead any further. Weimar’s hot streak of six points, along with a layup from freshman guard Sam Crispe, allowed the Terriers to come back in the last few minutes of the quarter and take the lead at 18-16.

The second quarter proved to be the most important for the Terriers as they dominated against Army, scoring 19 points, all while holding the Black Knights to only eight points. Along with a key defensive zone strategy, a 13-4 run by BU in the first six minutes of the quarter put the Terriers at a huge advantage, and sent Army to the locker room with a 37-24 deficit at the end of the half.

“The biggest thing we wanted to focus on was keeping them out of the paint, keeping them in front,” BU Head Coach Melissa Graves said, “which is why we switched to the zone.”

Overly eager to put more points on the board, BU missed eight of their first nine shots to start the second half, ultimately allowing the Black Knights to go on a 12-2 run in the first five minutes of the third quarter.

Despite the late comeback, BU managed to hold on to the lead as Johnson put away seven points in the latter half of the quarter, keeping the Terriers in front at 50-42 at the end of the third.

“Coming out of the half, [Army] went on a run in the third, and we really handled the run,” Graves said. “We made our run, they made theirs, but we made another one; and that was the big thing, we didn’t stay down.”

Capitalizing on the mistakes made in the third, the Terriers kept the defense tight against the Black Knights, holding them to only 10 points in the fourth quarter. The offensive and defensive rebounding effort by the Terriers also pushed the lead, allowing the team to shoot 63.6% in the fourth alone, the highest of the game.

The Black Knights were able to put a couple points on the board, in a last-minute effort to close the gap. However, BU’s 10-3 run in the last five minutes of the game ultimately secured the 68-52 victory.

The Terriers look to prove themselves once more and continue the hot streak as they take on Navy on Wednesday at 6 p.m. at Case Gym.