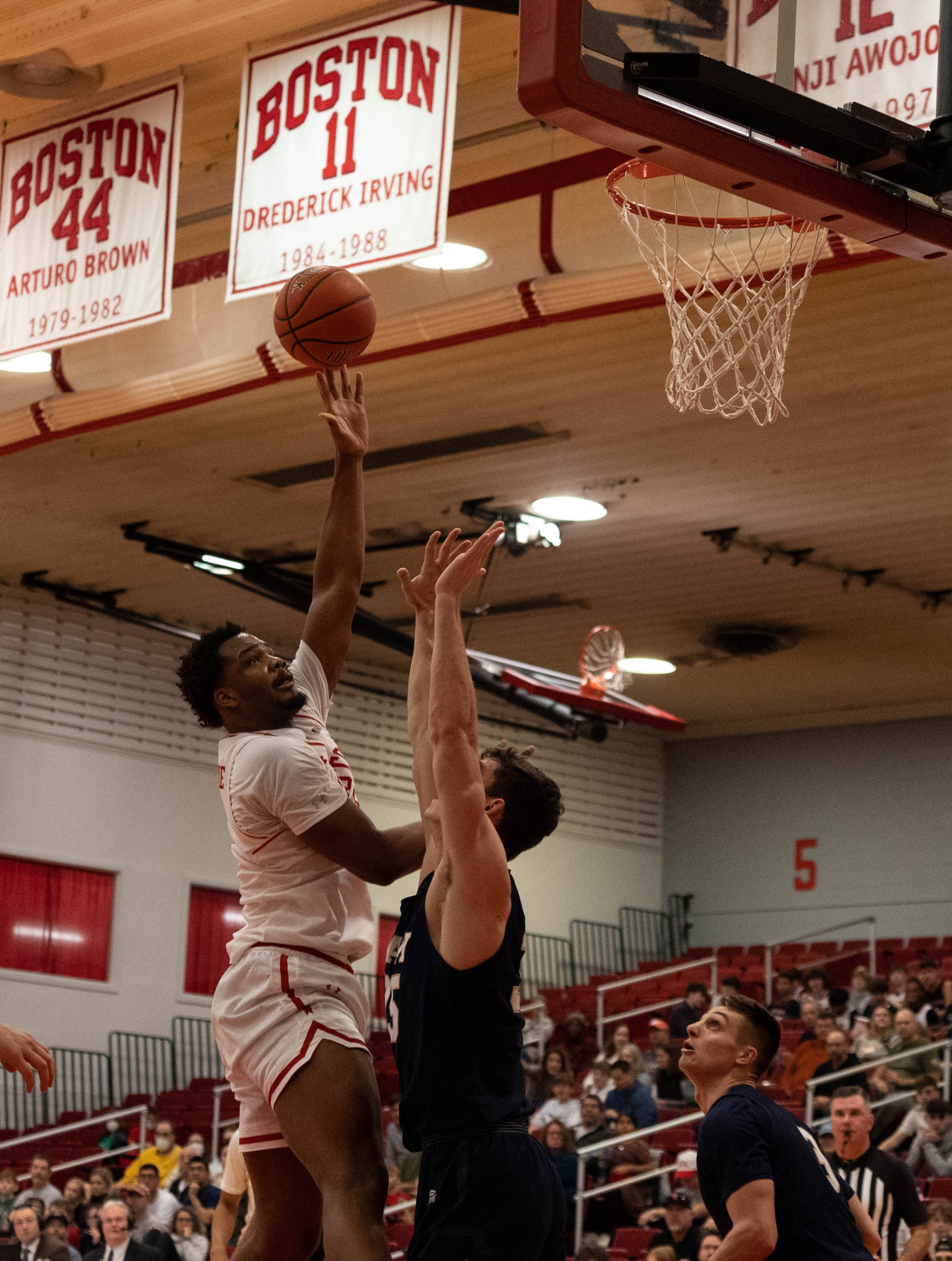 Coming off a close loss against league-favorites Colgate, the Terriers weren’t able to get over the hump in a game they never led but were within a few points seemingly the entire way.

“I was proud of our effort,” BU Head Coach Joe Jones said postgame. “I thought we showed a lot of heart and we tried to grind it out, we just weren’t able to make enough plays to win the game.”

A recurring theme of the Terriers season has been slow starts, and this matchup with Army was no different as BU fell behind 7-0 in the opening two minutes of the game. In those first few minutes, the Terriers turned the ball over on each of their first three possessions.

Jones’ displeasure with BU’s start was highlighted by the quick substitution of sophomore forward Malcolm Chimezie, who was starting in place of senior forward Nevin Zink. Zink was coming off a non-COVID illness. Chimezie failed to get a defensive rebound and Army capitalized with a three, leading to Jones making the quick sub.

While the Terriers started slowly, they gradually built their way into the game with help from their star player Walter Whyte. With BU down 20-11, Whyte bodied his way into the middle to finish for two and followed up the next possession with a three from the left wing. Junior guard Caelan Jones followed suit with a three of his own from the left corner to finish off an 8-0 BU run to cut the Army lead to one.

Whyte and Jones were the standout players for BU in the first half, finishing with 12 and seven points, respectively. Whyte ended the game with 16 points to lead all BU scorers.

Despite a strong effort from Whyte and Jones, BU trailed 40-36 at the half.

If the first half was a high-scoring, back-and-forth affair, the second half was more of the same. Jonas Harper drained a three to start the second half to get within one, but BU struggled to make the decisive shot to take the lead all game.

A sequence that summarized BU’s afternoon was when Whyte drove to the lane and missed a layup that would have given the Terriers their first lead of the game, only for Army to come down and get an old-fashioned three-point play to increase their lead.

Defensively, the Terriers struggled to contain the talented scorers of Army, which included Jalen Rucker and Ethan Roberts. Rucker and Roberts finished with 29 and 15 points, respectively. Army shot 60% from the field in a dominant offensive display.

“I have to do better,” Jones said. “There are some things defensively we should have at least tried.”

The final five minutes saw quality performances from both sides. Rucker finished a difficult And-1 over Harper, before Harper came right down the other end and nailed a three over the outstretched arms of Rucker to get BU within three.

Despite a solid effort on the offensive end, the Terriers ultimately couldn’t get enough stops and never led in the game, dropping their third straight Patriot League matchup.

BU will look to right the ship next time out when they travel to Annapolis, Maryland on Wednesday at 7 p.m. to take on the Naval Academy.