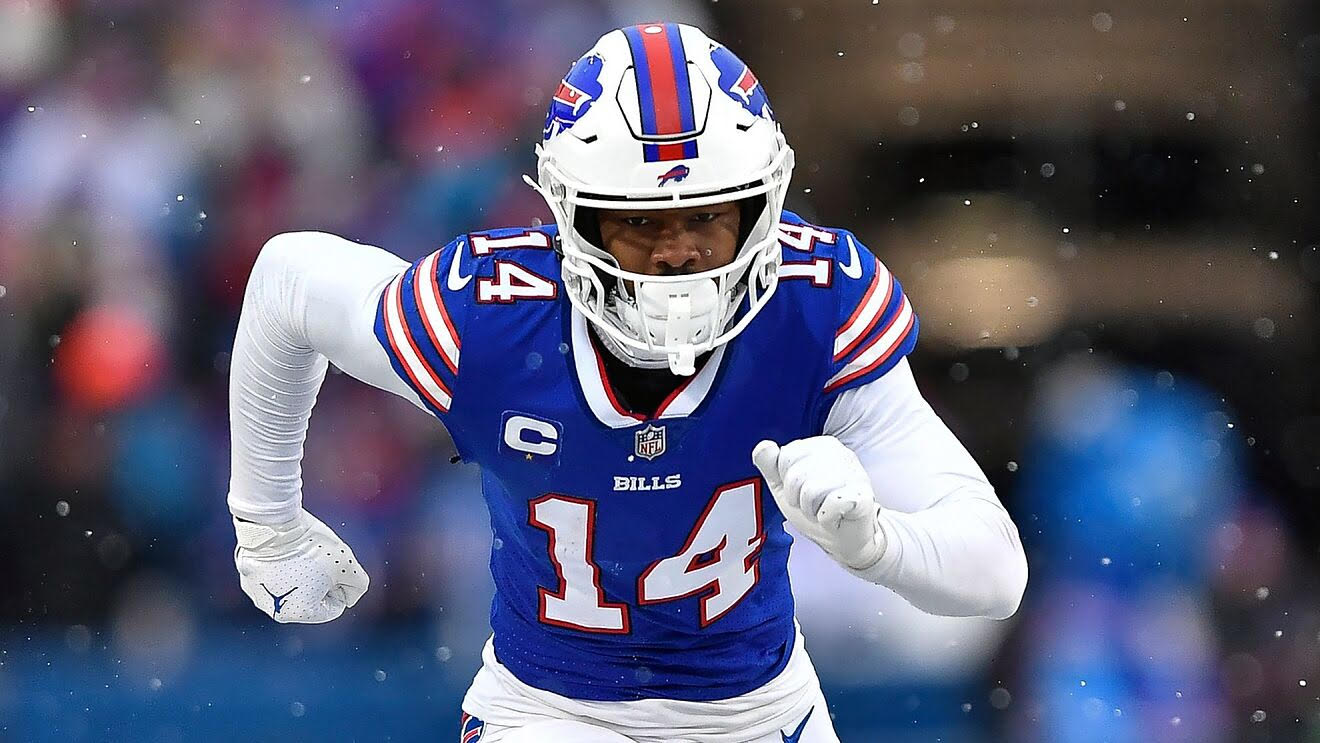 I want you, for a moment, to consider something you usually might not around this time of year in the NFL.

Not the myriad of superstar pass rushers about to compete in the playoffs, or how good each playoff team is in the trenches, or however you feel about these damn quarterbacks.

I want you to consider the receivers.

Just look at the receiver groups about to enter the playoffs. The Philadelphia Eagles have AJ Brown and Devonta Smith; the Miami Dolphins have Tyreek Hill and Jaylen Waddle; the Bengals Ja’Marr Chase and Tee Higgins (and Tyler Boyd, for what it’s worth), and the list goes on with high-end tandems.

The common denominator in that list is not the conventional superstar pass-catchers — the Brown’s, the Hill’s, the Chase’s, the Travis Kelce’s, the Deebo Samuel’s — it’s the star receivers behind them — the Smith’s, the Waddle’s, the Higgins’, the Brandon Aiyuk’s.

In an ever-changing NFL world, the shift towards the prioritization of multiple dominant and reliable receiving weapons has perhaps been the most underappreciated NFL evolution of them all.

The Eagles used the 10th pick in the 2021 NFL draft (after trading up for it, mind you) to select Smith, then traded the 18th overall pick in the 2022 NFL draft to the Titans for Brown, before giving him a $100 million extension.

The Dolphins essentially did the same, taking Waddle with the sixth pick in 2021 before making a blockbuster trade for Hill the following offseason.

The Bengals selected Tee Higgins with the first pick outside of the first round in 2020, then took Chase fifth overall the following year.

The 49ers already had Kittle and Samuel, who led them to a Super Bowl appearance in 2019, but that didn’t stop them from trading up to take Aiyuk in the first-round in 2020.

Now look at the Buffalo Bills. The Bills have Stefon Diggs, of course, a three-time Pro Bowler and universally considered to be one of the best receivers in the league. But behind him in the receiving room? It’s tight end Dawson Knox, and wide receivers Gabe Davis and Isaiah McKenzie, the 128th and 172nd picks of their respective drafts. The last time the Bills used a first-round pick on a receiver was to trade for Diggs, and before that, it was all the way back in 2014 when they drafted Sammy Watkins.

As the rest of the NFL zigs towards building their receiving rooms like NBA superteams, the Bills are decidedly zagging in the opposite direction. It is a bold bed to make for themselves, considering the unavoidable success of those aforementioned teams, but as they prepare for another playoff run fueled by legitimate Super Bowl-or-bust expectations, it is the bed they must now lay.

The Bills are one of only five teams in the 2022 playoff field without multiple players in the top 51 of FiveThirtyEight’s receiver rankings, which uses ESPN analytics to grade receivers on their ability to get open, make the catch and gain yards after the catch. Three of the other four — the Jacksonville Jaguars, Baltimore Ravens, and Tampa Bay Buccaneers — all have a one percent chance or fewer to win the Super Bowl.

Diggs ranks fourth in the entire league with an overall grade of 85 after another stellar season. The next closest Bill on FiveThirtyEight’s rankings is Knox, with a grade of just 47 that ties him for 80th. McKenzie finished with a 41, good enough for 99th, and Davis earned a 33, making him the 112th best receiver in the NFL according to these rankings.

Davis, you may remember, was widely regarded as the undisputed second option behind Diggs in the Bills’ receiving pecking order before the season. 17 weeks later, the drop between Diggs and Davis is 108 receivers. One-hundred and eight.

Davis has still been somewhat productive, finishing his third season with 836 yards on 46 receptions. But he caught barely over half of his targets, and produced only 146 yards after those 46 catches. Along with his staggeringly low ranking from FiveThirtyEight, it’s fair to label Davis as a productive player, but not an efficient or reliable one.

There’s no way around it; the Bills rely on the production from a lone superstar receiver more than any other team in a playoff field that has made it a universal point of emphasis to ensure they avoid doing specifically that.

But the Bills offense is still an undeniably elite unit. It’s second behind only the Chiefs in both total offensive yards and total offensive DVOA, a metric that measures a team’s efficiency based on situation and opponent. And the Bills’ passing offense, despite Diggs being its only efficient playmaker, still finished seventh in total yards.

How? Well, for however much the Bills rely on him, Diggs is still a superstar receiver and one of the most unstoppable offensive playmakers in the NFL. He’s an eternally reliable separator with a complete route-tree in his arsenal — he’s gashed opposing defenses on deep routes since he arrived in Buffalo, but can also get open quickly enough to be a go-to option on critical third downs. If there is ever a receiver to almost exclusively rely on, Diggs is him.

But the rest of the equation for Buffalo’s offense — perhaps an even more significant portion than Diggs — is reserved for quarterback Josh Allen. Make no mistake, Allen is the first reason why the Bills have an elite offense. His athleticism and creativity out of structure is an elite playmaker in itself — at one point this season, the Bills’ Expected Points Added per dropback when pressured was .216, the only mark in the NFL above zero.

Think about that. On dropbacks when Allen was under pressure, an emergency for most NFL teams and most NFL quarterbacks, he was still generating positive expected points for the Bills offense. Allen is a remarkable disaster-mitigator, perhaps the best in the league, a quality that is especially important for an offense that doesn’t have many answers when their lone star receiver has a bad rep.

Given just how poor the rest of Buffalo’s receiving room has performed this season, it won’t be hard for playoff defenses to figure out that committing to stopping Diggs is the best way to slow down this offense.

Even if they are successful — through double teams, aggressive press-coverage, or whatever it may be — Allen is so good at turning a dead play into a positive one that it might not even matter. He’s just so big, so fast, so strong, and so impossibly hard to bring down.

For as much as Allen’s generational talent is the engine that makes the Bills’ offense go, it’s the equally critical lifeline that keeps the offense afloat.

When the Bills signed Allen to a six-year, $258 million contract, they weren’t just securing their desperately coveted franchise quarterback. They were giving themselves the safety net of a once-in-a-lifetime talent at the game’s most important position and breathing room to take risks with the construction of the rest of their roster — to zig when everyone else zagged.

The Bills took that freedom and ran with it, refusing to follow in the footsteps of a modern NFL falling over themselves to stack the cupboards with receiving talent.

So here they are, about to begin another climb to the NFL summit, sticking out like a sore thumb in a league dominated by receivers. It’s easy to fault them for allowing that to happen, but after all, they’re paying their quarterback a quarter-billion dollars for a reason.