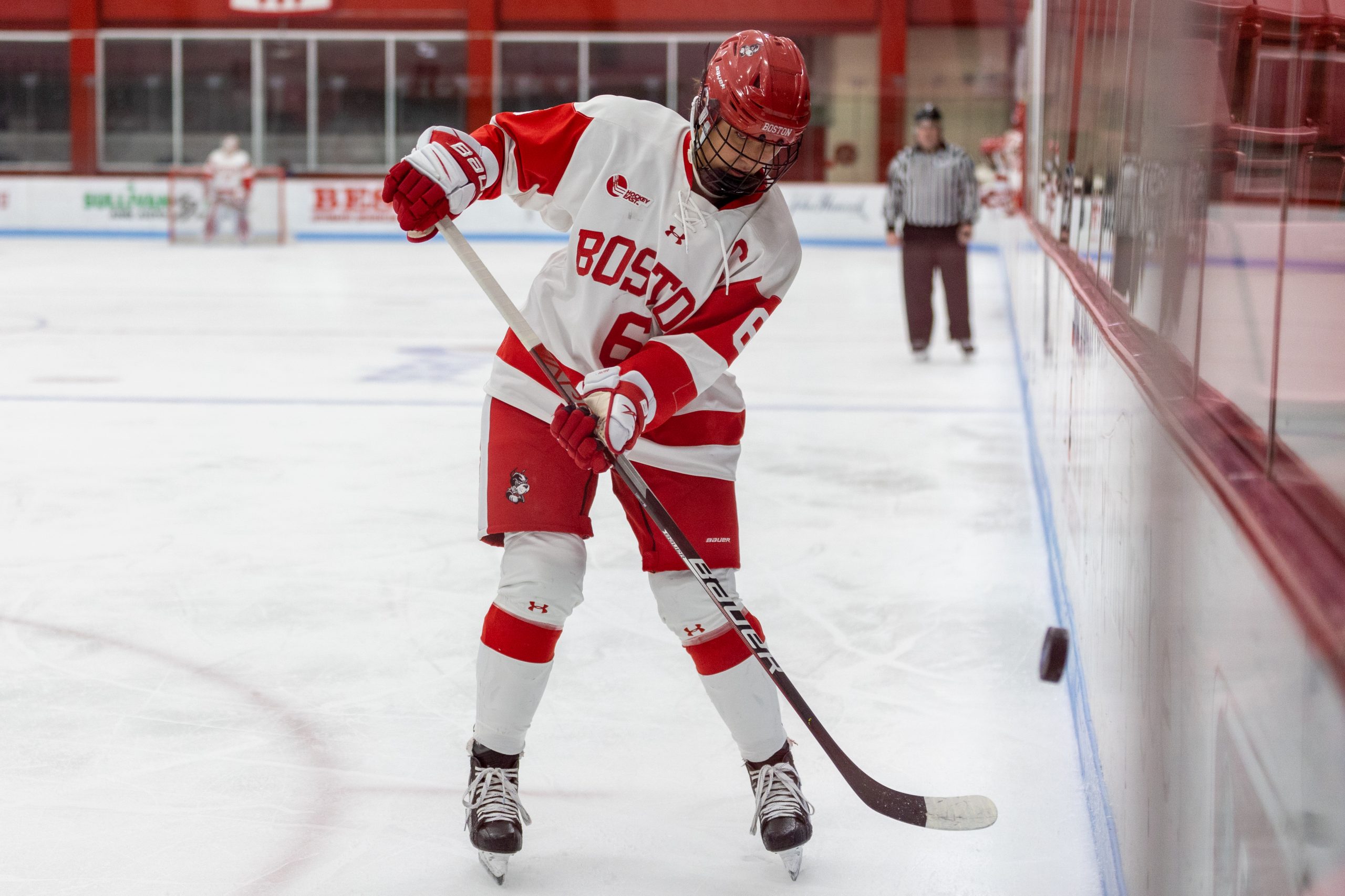 The Terriers took on the Crusaders for the third time in their past four games, including a 3-2 loss in last week’s Frozen Fenway. Overall, Holy Cross prevailed in two of the three matchups.

Junior goaltender Andrea Brändli was given the start in net for the Terriers and responded with a 38-save performance, one of her best of the year.

Neither team found the score sheet for the first 40 minutes, with Terriers controlling the shot counter 20-18.

In the third period, Holy Cross more than doubled their game output for shots on goal, testing Brändli with 21 shots. During the barrage, Holy Cross took the lead thanks to a power play. After freshman defender Maeve Kelly was given a two-minute penalty for interference, Holy Cross senior forward Mary Edmonds connected on the advantage to give Holy Cross a 1-0 lead.

With under three minutes left to play, BU gained a power play of their own after junior defender Vala Graves committed a hooking penalty. With the goalie pulled for a 6-on-4 advantage, freshman forward Sydney Healey escaped with the puck after a board battle before passing the puck over to captain Nadia Mattivi. Mattivi walked in and took the shot, where O’Leary tipped it in for the tying goal.

Overtime ended quickly, as Edmonds put home a cross-crease pass from freshman forward Lane Lewis for her second goal of the game just 23 seconds into the extra frame, giving Holy Cross their second win in a row.

“Credit to everybody for coming back and fighting right to the end and getting the tying goal, and credit to our opponent for finishing the job in OT,” Durocher said.

The Terriers will have the weekend off before returning to Walter Brown Arena to face No. 13 Providence on Tuesday. Puck drop is scheduled for 7 pm.