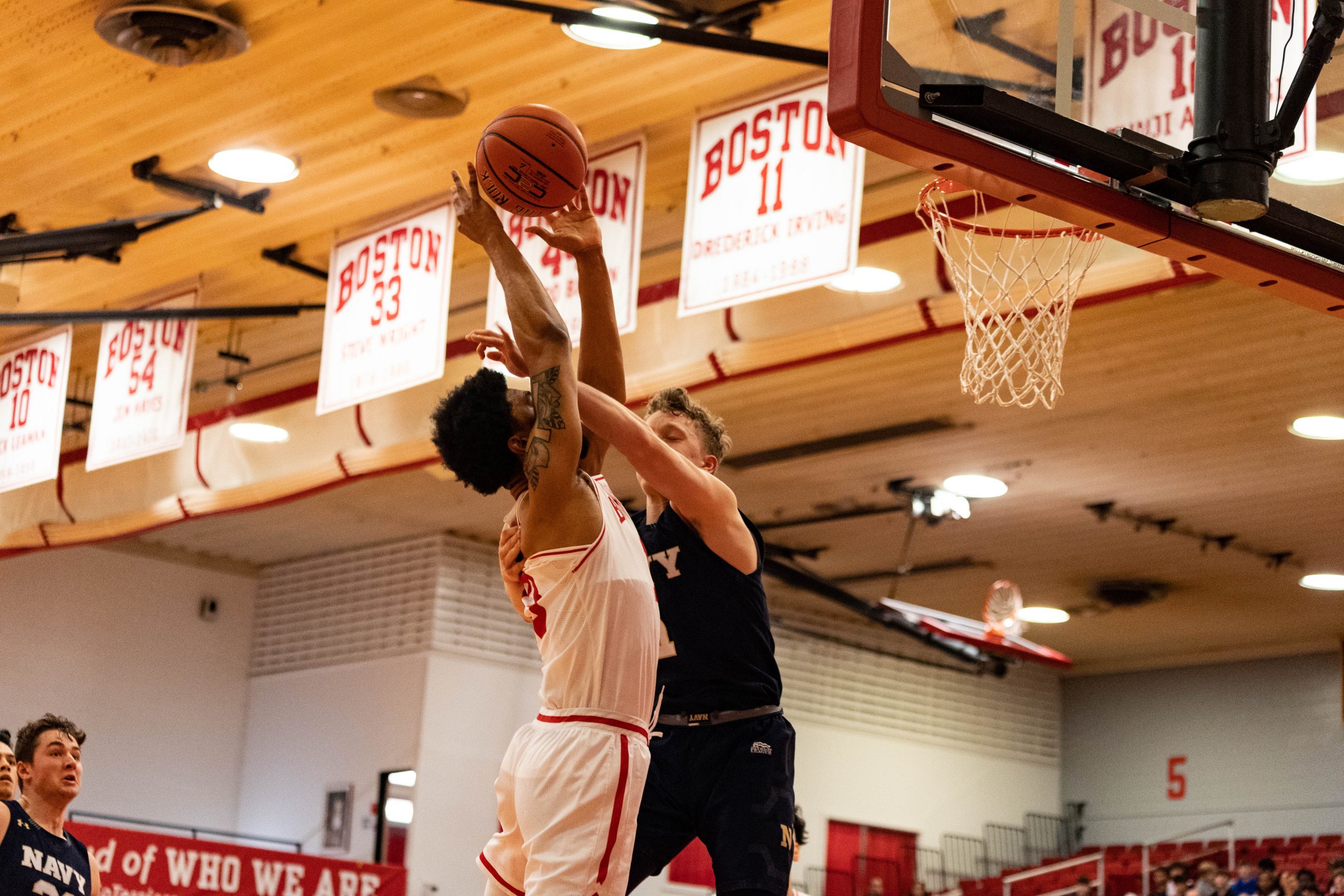 The Terriers kept this game close in large part due to the efforts of graduate forward Walter Whyte. Whyte finished the game with 23 points and 11 rebounds, leading BU in both categories.

“It was pretty impressive what he was able to do on the floor,” BU Head Coach Joe Jones.

Freshman forward Otto Landrum made his first career start. Despite playing only four minutes, Jones believes that a bright future awaits Landrum sooner rather than later.

Despite the Terriers only losing by two points, this game was not always close. The Eagles struck first with an early surge that peaked with a 15-point lead with just under five minutes remaining in the first half. Jones believed that his team’s lax offensive play contributed to the Eagles’ stellar first-half performance.

“I just thought we were a little lackadaisical offensively,” Jones said. “I just didn’t think we were really playing with great rhythm.”

The Terriers’ carelessness with the ball was another key factor in their early struggle. Nine out of this game’s 15 Terrier turnovers were committed before halftime. The Eagles stole the ball from BU seven times and scored just as many points off of turnovers during the first half.

“I thought the turnovers were a huge key to the game,” Jones said. “I think if we turn the ball over 15 times, it’s just going to be hard for us to win.”

But no matter how difficult winning would be, Jones and his team never gave up. A combination of tight defense and smarter decisions with the ball helped the Terriers end the half with only a four-point deficit, despite trailing by double-digits just five minutes before.

“[I’m] just proud of the resiliency of this group,” Jones said. “We kept going after it.”

The Terriers looked like a completely different team in the second half. Their shots were falling and they did a better job at controlling the ball. They even took the lead with just over eight minutes remaining after a Fletcher Tynen And-1.

Jones attributed the Terriers’ second-half success to their maturity, coachability and understanding that they needed to play better after their first half.

“That’s why we had a chance, because they’re coachable,” Jones said. “They stepped it up and we were able to make a run.”

But American made a run too. The two teams kept trading buckets as the clock wound down, never letting the other team lead by more than five points at a time ever since the Terriers took it from the Eagles for the first time.

After late free throws from guards Jonas Harper and Ethan Brittain-Watts, the Terriers found themselves down only two points with three seconds left and a chance to put the game away. However, American’s Matt Rogers had other plans, stealing the ball from Tynen to hand the Terriers their eighth loss of the season.

“I think the first half of games we’ve just not been as good and we’ve had to kind of battle back,” Jones said. “We just have to try to change that and maintain a better level of focus and intensity throughout the game.”

Next up, the Terriers will travel to William A. Reid Athletic Center in Hamilton, NY and play the Colgate University Raiders on Wednesday at 7 p.m.