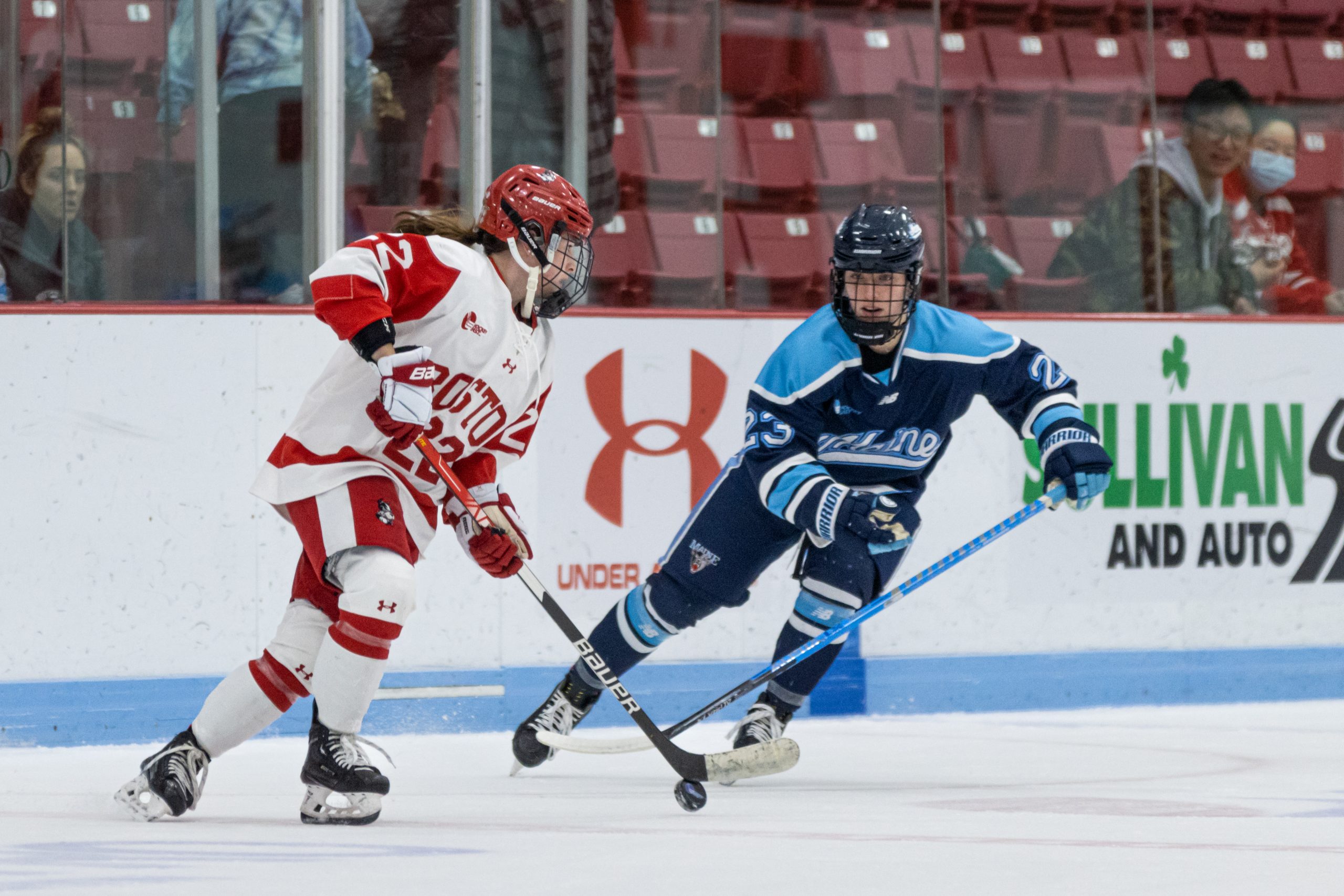 In their weekend series opener at the Walter Brown Arena, the Boston University women’s hockey team suffered a 0-3 shutout against the University of Maine Friday night.

A quiet first period, seemingly controlled by the Terriers, was met with a dominating performance by the UMaine Black Bears in the middle period. Capitalizing on an interference call that left the Terriers short-handed, UMaine’s Lilli Welcke put the first goal on the board at 3:34 off assists from Mira Seregély and her sister Luisa Welcke. The second goal came later in the second period from UMaine’s Alyssa Ruble off an assist from Mira Seregély.

Late in the second period, BU had an impressive defensive performance shutting down a 5-3 power play that the Black Bears were unable to capitalize on.

Despite two power play opportunities and a 10-7 shot advantage in the third, the Terriers were unable to mount a comeback. Lilli Welcke celebrated a two-goal night with an unassisted empty netter with 4.1 seconds of play remaining.

UMaine goaltender Brooklyn Oakes ended the night with a 19-save shutout. Andrea Brändli was in net for the Terriers and recorded 25 saves.

Below is Jacob Ireland’s photo gallery from the game: