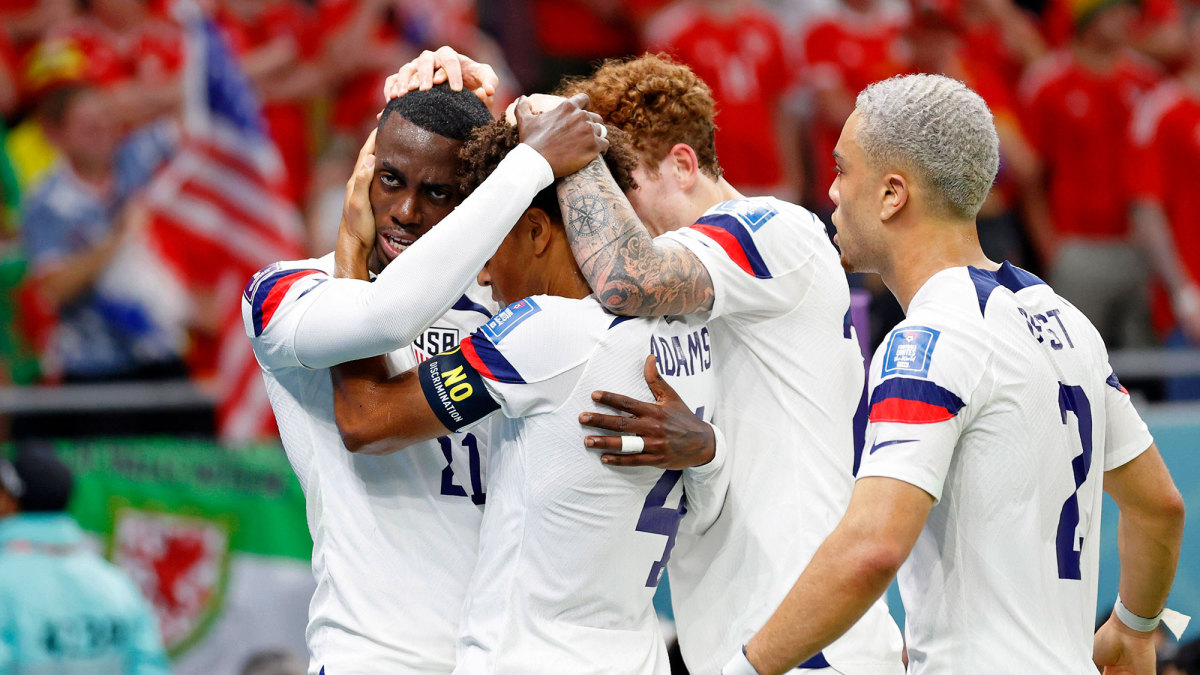 Soccer has never been among the top four sports in the United States, let alone the most popular, and yet every four years this game is able to unite those who never watch it with those who adore it as they both support their country.

But here we are again, knocked out in the Round of 16 at a FIFA World Cup by a supposedly “superior” footballing nation, and we as fans, at least most of us, usually don’t feel any shame in that. However, for the first time in years, there is some sense of shame or disappointment among fans. Why? Because for the first time in decades, we belonged with the best on the world stage; a feeling foreign to many who have watched America in World Cups of the past.

This sense of belonging can and will inspire so many in this country to pick up a soccer ball instead of a basketball, a football, a baseball or a hockey stick in years to come, which will undoubtedly help to grow the game in this country.

The United States of America is not a country that embraces soccer even remotely close to the vast majority of countries which they play against. For this reason, it takes performances like what the USMNT showed in Qatar that will slowly but surely make soccer more popular in America. At this World Cup, you saw a young and naive United States team go toe-to-toe with some of the world’s best, and that much alone will prove valuable in years to come.

Entering the 2022 World Cup, the United States failed to qualify for the 2018 tournament in Russia, just the fact they were able to get to Qatar was seen as an achievement by many. However, in those four years, the identity of the USMNT was transformed.

What was once a team reliant on players from the MLS, the team was now filled with players who were playing regularly in Europe’s top five leagues as well as the UEFA Champions League. For that reason, so many were hopeful this World Cup could be different than previous ones, and while to most the ending appears the same, the journey to our current point was so much different.

Starting with the opening game against Wales, this team had a point to prove. Wales are a team who made it all the way to the semi-finals of the Euros in 2016 as well as the Round of 16 at Euro 2020; an experienced bunch who had been in countless big games before. Despite this experience, the United States suffocated them for 45 minutes and punished them with a beautifully crafted goal by Christian Pulisic finished off by Tim Weah.

Things were all going swimmingly for the U.S. before a second-half surge from Wales saw a Gareth Bale penalty kick level the score late in the game. With the game ending 1-1, many felt dejected. However, there were numerous positives.

Not only did we outplay Wales for the majority of the game, we dominated them. Wales looked genuinely out of their depth against a team made up entirely of players playing in their first-ever major international tournament. This World Cup was partially about making it out of the group and getting results, but it was even more about this group of players proving to themselves they belonged, and the performance against Wales began to show that they did.

Moving on to England, the English came into their matchup with the U.S. off of a 6-2 rout of Iran. The question was very much how many would the U.S. lose by, not if they would lose. Despite this, the USMNT went toe-to-toe with one of the best sides in the world and were unlucky to only come away with a draw.

In the first half, the midfield three of Weston McKennie, Yunus Musah and Tyler Adams ran circles around England’s Declan Rice and Jude Bellingham. To put in perspective that feat, Bellingham and Rice’s current combined transfer value is somewhere in the region of 250 million dollars. That’s about as much as the entire United States squad is worth in total.

The USMNT didn’t just tuck into a defensive shape against superior opposition, they threatened the English, with Pulisic ringing the crossbar and Weah going close with a couple of efforts.

When many predicted them to get embarrassed, the United States came away from their game against the mighty English feeling they deserved more than the tie they got, a feeling signifying the change of soccer culture in the United States.

When it came to their must-win game against Iran, the U.S. again showed they were ready for the challenge. Dominating the ball in the first half, a wonderful team move saw Sergino Dest assist Christian Pulisic to give the USMNT the lead. Despite their best efforts, Iran were never able to get past USMNT goalie Matt Turner, and the U.S. were through to the Round of 16.

Getting out of the group was mission accomplished for many USMNT fans, but with such promising performances in the group stage, many fancied the States’ chances against the Netherlands. So what went wrong in the USMNT’s 3-1 defeat to the Dutch?

The U.S. started strongly, as Pulisic was handed a golden opportunity just three minutes into the game but was denied by Dutch keeper Andries Noppert. From there, the naivety and inexperience of the U.S. showed against a formidable Dutch team.

The Dutch let the United States have the ball and baited them into attacking, only for the Netherlands to strike quickly on the counter-attack. Dutch right-back Denzel Dumfries had a field day on the counter and assisted Memphis Depay’s opener and Daley Blind’s goal to put them up 2-0 right before the break; a sucker punch for the U.S.

The U.S. got a goal back after sustained pressure through Haji Wright, only for the Netherlands to respond minutes later through Dumfries to kill the game off and make it 3-1. Just like that, the U.S. were out.

Some shoddy defending was the downfall of the U.S. against the Dutch, but the tactical battle won by Louis van Gaal and lost by Gregg Berhalter tells a more accurate story.

You see, the Dutch knew they couldn’t successfully play attacking soccer against the U.S., so they resorted to counterattacking. To their credit, they executed that game plan perfectly, but while we sit here as fans disappointed in the defeat, we can take comfort in knowing we were not seen as a pushover.

Now maybe that’s a defeatist attitude, but it is also realistic. The United States cannot become a soccer juggernaut in one tournament, it will take defeats like the one against the Dutch to confirm our place amongst the best. The Dutch and van Gaal respecting our quality is a sign we are getting there.

So, what is the next step? With the youngest 11 in the entire tournament, the U.S. have the luxury of knowing almost their entire squad will be back and in their prime when they host the next World Cup in 2026. With so much of this team having room for improvement, a squad filled with players in their prime years in 2026 will be exciting. The next question is whether Berhalter is the right man to lead them forward. Berhalter deserves credit for taking this team from the depths of despair of the 2018 disaster to where they are now, but should he be the man to take them any further?

I am not Berhalter’s biggest fan, but I was pleasantly surprised with how well we played in the group stage. I thought we were dynamic and composed, and it was clear what the game plan was. Getting out-thought by one of the greats like van Gaal isn’t necessarily a shame, but it does beg the question of whether someone of higher prestige in the game than an ex-MLS coach should be the one to take the reins for 2026.

The point is this, the United States had the quality to beat the Netherlands in a one-off game, and that much has pretty much never been said. The fact we didn’t beat them is down to some poor performances from certain players, but also a poor managerial performance from Berhalter. The U.S. are in the midst of a golden generation of talent that will be playing at home the next time around, this crop of players cannot be wasted with a manager who can’t go toe-to-toe with the best managers out there.

The USMNT can come away from Qatar with their heads held high, no question about it. But what is tough to swallow now is the fact that we had the players to go even further. While that is a negative, it is also a positive. You see, most of the time when the U.S. is knocked out at the World Cup, we feel lucky to have been there and it was nice to be in the conversation. This time around, there is more of a sense of regret that we couldn’t have gone one step further. Much of this has to do with players like Pulisic, McKennie, Adams, Weah, Reyna and so many more showing how good they are.

What I hope this World Cup does for soccer in America is to inspire that kid who stops playing soccer in high school to play football instead, to stick with soccer; they can now see players who stuck with it all the way and became just as good as those from England, Brazil and any other global powerhouse.

Things are changing, and while the result against the Dutch just seems like more of the same, I promise you it is not. The United States were respected at this tournament and feared to an extent. Let this tournament be the beginning of a revolution that will elevate this country to the level of our rivals and for us to show the world what this country is made of when it comes to the game of soccer.