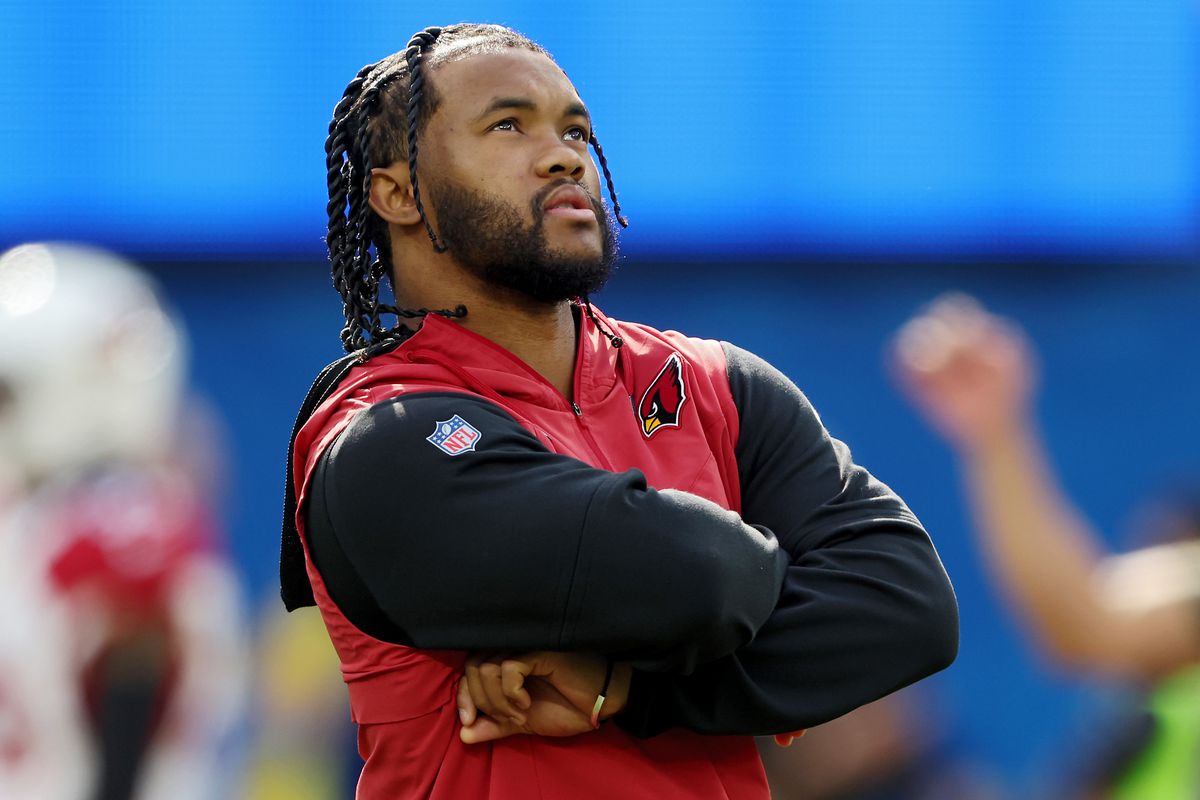 “There is no more time to f— around.”

Those were the words of Arizona Cardinals Head Coach Kliff Kingsbury in his team’s first meeting following their nail-biting Week 8 loss to the Minnesota Vikings, revealed to the world in the first episode of HBO’s Hard Knocks: In Season, which aired on Nov. 9.

It was the theme of the entire football operation in Arizona leading up to their critical matchup with the division rival Seattle Seahawks the following Sunday.

“This one’s [the Seahawks game] about no self-inflicted wounds, fellas,” Kingsbury said in another team meeting later that week.

That’s why there’s no more time to f— around.

The irony of Kingsbury’s passionate plea is not lost, given it was made while being filmed for an HBO TV show, for which the fourth-year head coach pranced around his gorgeous multi-million dollar Paradise Valley home at some unknown point throughout his team’s brutally disappointing season.

The polarity of these two messages was ruthlessly juxtaposed by the producers of Hard Knocks illustrating Kingsbury as a fun, star-stricken playboy that’s less of a “football guy” and more of a charismatic young salesman that happened to be blessed with a football genius.

Kingsbury has never looked the part, at least in the traditional sense. When he was hired in January 2019, he was 39 years old without any professional coaching experience, and had a losing record at Texas Tech. The leap from a largely irrelevant Big 12 program to head coach of the Arizona Cardinals, over a vast plethora of highly experienced candidates, was difficult to understand.

What Kingsbury did have was timing. He entered the pool of potential candidates as the NFL was scrambling to replicate the success of the Los Angeles Rams and Sean McVay, who would win the NFC championship later that month. Kingsbury was hired behind the momentum of a young, white, offensive guru getting the most out of his young quarterback.

And of course, Kingsbury was Patrick Mahomes’ head coach at Tech, who was himself in the middle of a second-year breakout that was lighting up the league just like McVay’s offense. Kingsbury even looks like McVay, so in that sense, he did look the part.

Forget the losing record in college, or the lack of any NFL coaching experience. McVay was great, and Kingsbury had all of the trademarks of McVay’s revolutionary success, so he had to be a good football coach.

Four seasons later, the Cardinals could use a “football guy.” With a cloud of understandably high expectations hanging overhead, Arizona is an inexplicable 4-8, loaded with talent that can’t get out of their own way.

And the talent is undeniable.

Kingsbury’s team returns most of the pieces that started the 2021 season with seven straight wins. Quarterback Kyler Murray is in his fourth season, now with a handsome contract that makes him one of the highest paid players in the league after a third-year campaign that generated legitimate MVP buzz.

DeAndre Hopkins, a three-time All-Pro wide receiver, is still in the building; so is JJ Watt, one of only two players in NFL history to win Defensive Player of the Year three times. He joins two-time All-Pro safety Budda Baker to lead a defense that includes two former first-round picks at linebacker.

The Cardinals believe they’re better than 4-8… because they are.

The enigma of the 2022 team reeks of poor coaching. In 12 games, they’ve been penalized 82 times — the third most in the league — for 648 yards, including 25 pre-snap penalties. That’s almost seven penalties for 60 yards a game, putting them in company with the broken Denver Broncos and the incompetent New Orleans Saints.

And then came the one-point, last-second loss in Week 12 against the Chargers.

As it was excruciatingly clear, the Cardinals are still f–ing around. An awfully careless James Conner fumble, a blown-up fourth and short and three hopeless fourth quarter drives down the stretch allowed Justin Herbert to steal a game in which Arizona had a 93% chance to win with under two and a half minutes left in regulation.

It was all hopelessly familiar. The easy stuff — protecting the ball before a big hit, avoiding a sack deep in your own territory with a lead in the final minutes, running the ball on fourth on short, all things a sound fundamental coach would likely iron out — again evaded the Cardinals, who wasted an impressive defensive display and another sparkling performance from Watt and Hopkins.

The glaring lack of discipline on the field is the product of child-like recklessness off of it. Set aside the hiring of Kingsbury, general manager Steve Keim has routinely assumed a video game-like approach to roster building, chasing the game’s brightest stars with no regard for the depth behind them.

The bewildering acquisition of wide receiver Marquise Brown is the best example. Keim traded his team’s 23rd overall pick in the 2022 Draft to add to a receiver room they’ve already heavily invested in. The pick turned into former Iowa center Tyler Lindenbaum, who has been notably impressive as a rookie and would have been the presumed replacement for Rodney Hudson, Arizona’s 33-year-old center who hasn’t played a game since Week 4.

Those repeated investments at receiver could have also been used at more needy positions like cornerback, where the Cardinals have started fourth-round rookie Marco Wilson, who ever-so-poetically is most famous for lacking the discipline to refrain from launching an opposing player’s shoe down the field that resulted in a loss-sealing penalty in his last year at Florida.

The Cardinals want to be flashy and relevant; they mindlessly traded for Brown, nicknamed ‘Hollywood,’ they agreed to host Hard Knocks in the middle of a critical season and they hired Kingsbury, an exciting young offensive mind who’d never coached professionally at any level.

But if the Cardinals want to win, they need to get serious before they start having fun. That means finally buckling down and addressing the subpar offensive line, whose struggles Murray has been frantically trying to overcome for his entire career.

It means adding corners, or run-stuffing defensive tackles, at the expense of ‘sexy’ skill position players. And it means cleaning up the endless onslaught of unforced errors and penalties, which probably means firing Kingsbury.

The Cardinals no longer have the security of a star young quarterback on his cheap rookie deal. Murray is now on a $230 million contract. The clock is ticking. The longer the Cardinals roll forward with Kingsbury’s flailing circus, the closer they get to wasting hundreds of millions on an outstanding young passer and tumbling back into irrelevance.